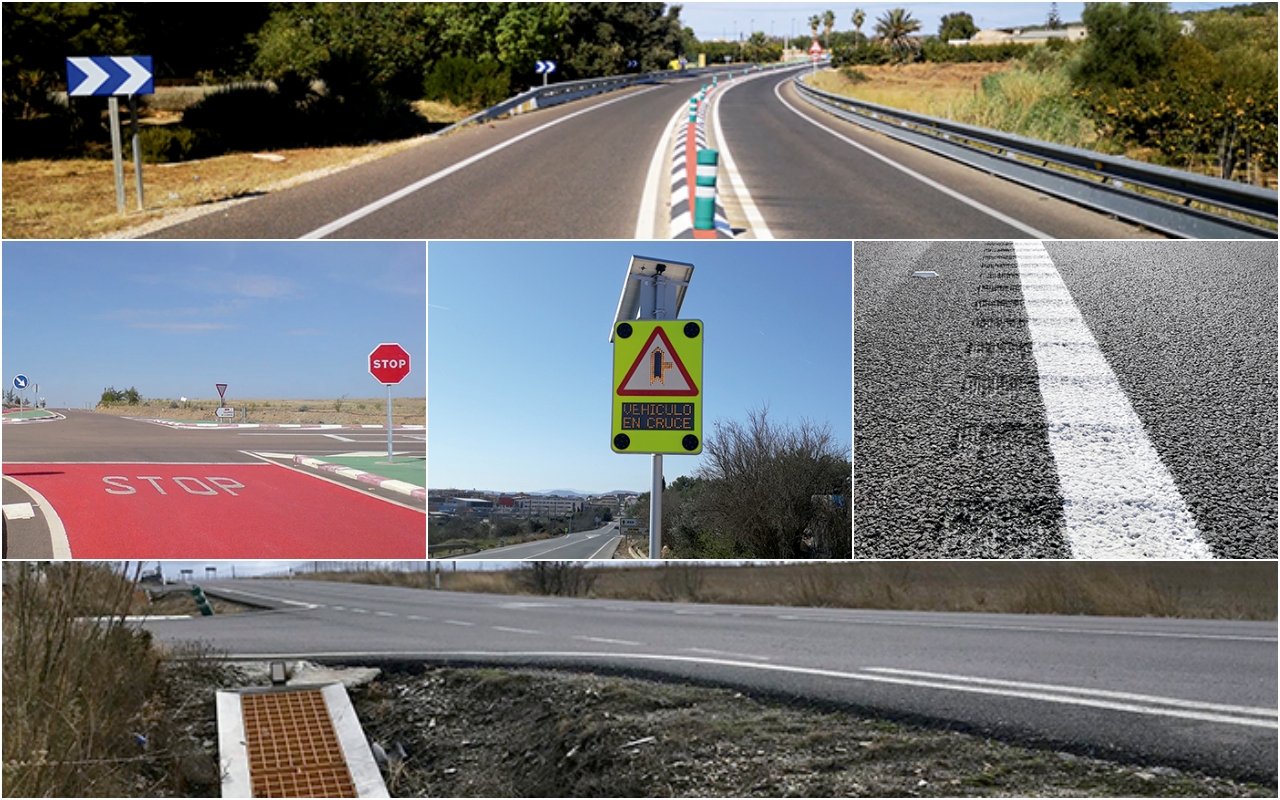 The General Directorate of Traffic (DGT) has published an extract from the report of 31 low-cost solutions aimed at reducing accidents on the roads. We tell you the five most effective ones.

Intelligent crossings that detect and warn of the proximity of a vehicle in dangerous points, sound guides both in the median and on the margins, pigmented pavements, separation of traffic directions and protection of the ditch crossing.

We recently told you about the measure that the DGT has implemented to minimize the consequences of blind spots, but this time we are going to talk about the five measures focused on minimize damage or avoid claims that occur on conventional roads at intersections, in overtaking or when leaving the road, and that work best according to the DGT.

The body in charge of ensuring our safety on the roads has prepared a report in which they stand out 31 low-cost measures grouped into four large groups: visual and acoustic elements, measures for the separation and delimitation of traffic flows, measures for ordering and calming traffic and, finally, protection and warning elements.

“We are looking for a system capable of acting in the event of human error, which is inevitable”

«In this approach, the user is the main criterion of road design and, therefore, it is look for a system capable of acting in the event of human error, which is inevitable, but it does prevent its consequences from being serious “, explains Pedro Tomás Martínez, head of the Mobility Area of ​​the DGT and director of the project.

Therefore, the design stops focusing in the traditional way, that is, analyzing the accident history in a specific section, and starts taking into account its ability to protect users, that is, their intrinsic safety.

“It is what is known as roads that forgive human errors, roads that are designed and operated with the maximum guarantees to avoid accidents and, if they occur, minimize their consequences,” says the DGT. “They are fallible driver-proof roads”, concludes Pedro Tomás.

The 5 most effective measures

What is it: is a signaling system for dangerous intersections or crossings of conventional highways. Through sensors, the signaling is activated only to warn the drivers of the main road of the proximity of another vehicle that is about to carry out the crossing maneuver.

Purpose: It is a proven solution to avoid frontal-lateral collisions in dangerous crossings.

Reduction factor: According to references from the United States Federal Highway Administration (FHWA), its implementation reduces the number of injuries and deaths by around 40-55%.

The striking color forces the driver to pay more attention.

What is it: It is a pigmented floor in a different color from the usual one, generally in reddish tones, uniform and striking for users, both day and night.

Purpose: increase the driver’s attention to a section of road that is especially dangerous, such as a sharp curve, a dangerous crossing, etc. It can also be applied when approaching crossings, pedestrians or cyclists, at low speed points or in combination with high friction treatments.

Reduction factor: reduces the accident rate, according to different studies, by 35%.

The road appears narrower and the driver tends to slow down.

What is it: It consists of reinforcing the separation between opposite directions by increasing the width of the median, installing a physical barrier or a central area framed by two longitudinal lines. The area inscribed between these two lines can be highlighted with paint of a different color, with a grain or with differentiating textures.

Purpose: increase the lateral distance between vehicles traveling in the opposite direction to avoid frontal or frontal-lateral collisions. It can also be used to induce in the driver the perception that the road is narrower and to make them circulate at a slower speed and avoid overtaking.

Reduction factor: reduces the loss ratio between 38 and 40%.

In the event of leaving the road, redirect the path of the vehicle.

What is it: a system that prevents the serious consequences of the impact of a vehicle against the “ditch crossing” in the event of exits. These steps are slopes, tubes or small structures that give continuity to the longitudinal drainage of the road and are usually built at intersections with local roads or highways.

Purpose: improve the quality of the road margins by reducing the severity of accidents. The protective system is capable of redirecting the trajectory of the vehicle that has left the road to avoid a direct collision with objects located behind the passage.

In case of confusion or drowsiness, the guide alerts the driver.

What is it: They are small indentations or projections in the road that, when stepped on by the vehicle’s tire, produce vibration or sound. They can be placed to separate traffic directions or at the edge of the road.

Purpose: Alert distracted or drowsy drivers that they are unintentionally veering from their path to avoid a lane departure or an oncoming invasion. They also serve to reinforce compliance with a continuous line or indicate to drivers that they are traveling through a dangerous section. Also to avoid invasions of the shoulder and protection for vulnerable users who may circulate on it.

The most curious measures

Other measures implemented by the DGT on the roads also deserve to be named, as they stand out for their innovation.

For example the animal channeling and warning systems on the road, which may include variable or static warning signs, physical barriers, odor barriers, and presence detection systems, all with the purpose of guiding animals to a specially marked area to warn drivers.

Also they asymmetric hard shoulders, which have been designed to protect cyclists and consist of distributing the width of the shoulders asymmetrically between traffic directions to promote the safe circulation of cyclists. Thus, the road has a shoulder width in one direction and another in the other direction, something that can be seen mainly on ascents of mountain passes or long slopes.

Traffic officer signs: that’s how they are and this is the fine for disobeying them

Finally, it is worth highlighting a recent measure for which effectiveness data are not yet known and which consists of a pushbutton and a vertical light signal, which is activated manually or automatically.

The sign is located about 200 meters away from the tracing element to be protected, so that drivers are warned in advance of the presence of vulnerable users, thus being able to moderate speed and increase the safety distance .

The Bugatti Centodieci prototype moves its tests to the United States

The history of the Alpine A310

Yvan Muller becomes strong in Pau-Arnos and gets WTCR pole

The TPMS tire pressure control and its maintenance, we tell you its secrets

Hyundai Sonata N Line Night Edition, sportiness and, above all, a lot of exclusivity

The LADA Niva sweeps Germany by beating an exclusive competition