The 5 best shooters for PC 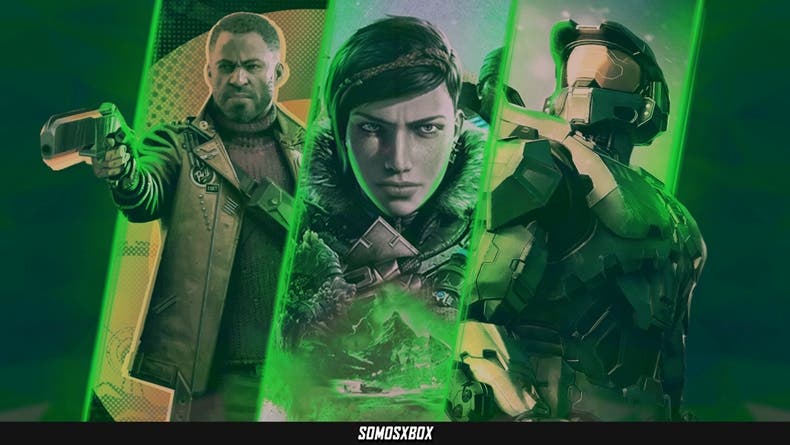 When it comes to the best PC shooters, you’re spoiled for choice. Whether you’re looking for awesome first-person shooters that take you to new worlds, or the best third-person shooters that give you a broader view of the battlefield, there’s something for everyone in our ranking. Whether you’re looking for battle royales, fast-paced multiplayer experiences, or campaigns For single player, you’ll find a little bit of everything in this list of the best shooters you can play right now.

What makes a good shooter? Immediate responses might include forceful phrases like “weapon feel” or “gear customization.” Still, it’s hard to define the gratification of achieving that coveted multiplayer victory or surviving a seemingly endless onslaught in a single-player horde mode. In any case, this is our list of the 5 best shooters on PC. You may also be interested in our list of 5 best Xbox Game Pass FPS.

A good shooter usually contains a mixture of attractive components: Fascinating atmosphere, balance between weapons and skills, pleasant scenarios, etc. Regardless of the style, whether it’s FPS, third person or an RTS; the aforementioned features tend to go well with polished gameplay, a broad narrative, and new or improved mechanics. If you’re comfortable sprinting through multi-layered environments, peppering opponents with precision and cunning, you’ll like the following games.

In this list of the best shooters for PC we may not please everyone when it comes to how games should be ordered, but ultimately we will be showing some of the best. And above all, we will be trying to give a more general look that does not lose sight of the variety of options that this genre brings together.

It wouldn’t be a list of the best shooters on PC (or any platform where this game is available) without at least one Gears game on it. Gears 5, while perhaps not the first choice for series veterans, continues to capture what has made the franchise so interesting over the years. An even more refined view of cover shootingmixed with new weapons and a whole new set of enemies to fight as protagonist Kait Diaz discovers the Swarm in one big story.

You can enter fully even if you have not played any of the previous entries, especially if you are interested in playing cooperatively with your friends. The Escape mode, for three players, in which teamwork is mandatory, it’s a welcome addition to an already varied multiplayer landscape. And in Gears 5, there is certainly something for everyone.

Deathloop is a very fun game. It is colorful and energetic, elegant and carefully crafted, and pushes you to complete a perfect loop of kills in a single day. Arkane has taken the experience gained from Dishonored, Prey, and Wolfenstein and turned it into a truly dynamic first-person shooter, the kind of experience that will keep you on your toes throughout its duration through beautiful gameplay and an eye-catching universe.

The shooting is fantastic, it’s a lot of fun to fight against the AI, and the variety of supernatural powers put into your hands only add to the carnage. Deathloop is a must-play game for all shooter fans.

Read:  The pack of 2 controls with official Xbox license and Pro design for only 68 euros is a very successful purchase

343 Industries has the weight of the world on their shoulders with Halo Infinite. The series has struggled to find its place over the past decade, and Halo Infinite had to lay a solid foundation for future expansion as Xbox Game Studios looks to a new generation. And what we got was pretty amazing. It is true that it has been criticized for many reasons, but you will not find a list of the best shooters for PC without seeing it mentioned (probably).

The campaign takes the Master Chief on a open world adventure to conquer and explore a Halo facility, fulfilling the dream first offered by Combat Evolved 20 years ago. Multiplayer is just as exciting, going back to the arena shooter roots of Halo 2 and Halo 3. And let’s not forget that it’s completely free to play.

Many will point to Half-Life 2 as one of the best shooters of all time, and while it’s still a fantastic and enlightening experience, Half-Life Alyx is both one of the best PC shooters and much more than that. This virtual reality exclusive showcases the power and potential of VR for shooters, giving us an unprecedented level of control and freedom to experience a world we’ve been itching to return to.

By giving us intricate control over the weapons in our hands, and by designing truly reactive environments, Valve was able to deliver one of the best shooters of all time. You’ve probably never played nothing as immersive as Half-Life Alyxa must-play if you can get your hands on the technology to run it.

Bungie has tried to design the best shooters in the world throughout its 30-year history. This online shooter continues to grow and evolve with its player base, offering well-crafted combat mechanics that will remind you of the best Halo games and a responsive shared world that’s unlike anything else. You can play solo or with a group of Guardians, completing the weekly challenges.

You can also assemble a team with the experience needed to take on their most challenging raids. Destiny 2 is a gem of a shooter. There’s never been a better time to jump in and give it a try; Destiny 2: The Witch Queen is on sale now, a new expansion that is perfect for new playersreturnees and veterans.

We cannot finish this top of the 5 best shooters for PC without making some special mentions to games that are not on the list above but that you will surely want to visit. One of them is Vanquish, a third-person shooter where static gameplay means quick death. Or Counter-Strike: Global Offensive, the free-to-play from Valve that is one of the most emblematic titles of its generation. We must also name Overwatch and Doom Eternal.

And of course we don’t forget either one of the most important FPS of all platforms, Call of Duty: Warzone that in size, evolution and community is always ahead of most of its competitors.

Last updated on 2022-08-25. Prices and availability may differ from those published.