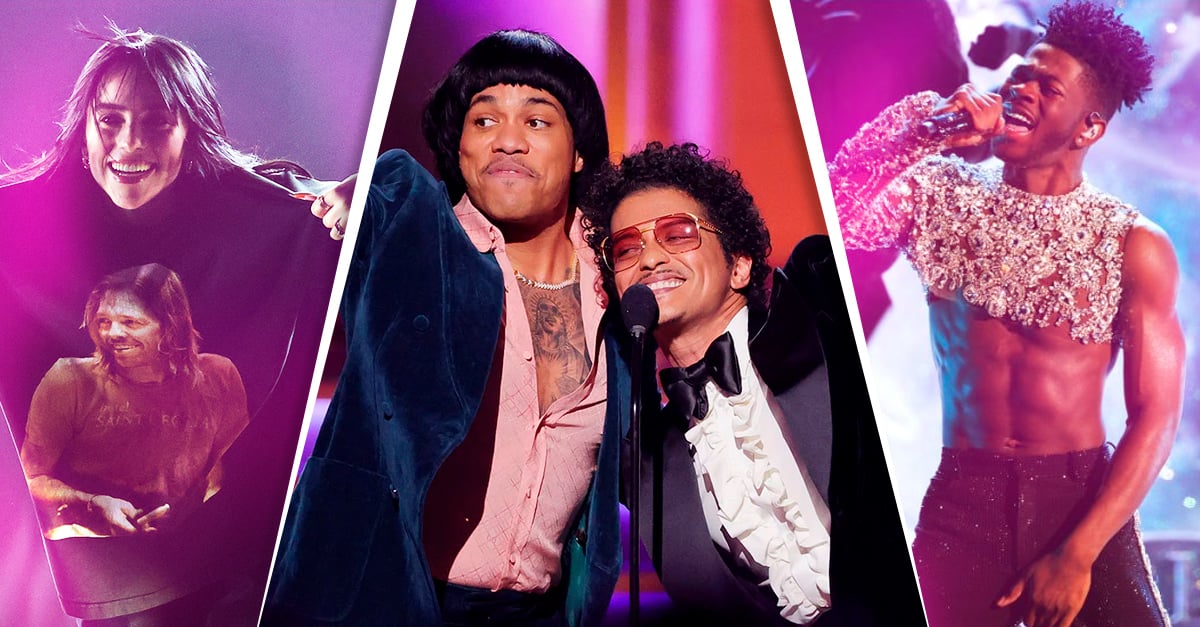 After a series of unforeseen events generated by the covid-19 pandemic, the 64th Grammy Awards for the best of music finally took place without a hitch this Sunday, April 3, at the MGM in Las Vegas.

Hosted by Trevor Noah, the highly anticipated evening featured a star-studded red carpet and incredible moments to remember. Here we present the best.

Silk Sonic made an impact with his energetic performance to open the ceremony. With Bruno Mars on guitar and Anderson .Paak on drums, the talented duo set the crowd on fire along with their great band.

For his part, Bruno Mars took three of the four nominations, positioning himself as the biggest winner of the night.

Without a doubt, Billie Eilish’s presentation was the most emotional of the night. The singer took to the stage to perform the song happier than ever to pay a well-deserved tribute to Taylor Hawkins, the Foo Fighters drummer who sadly passed away on March 25 while the band was on tour in Colombia.

Foo Fighters had planned to perform during the ceremony and despite the cancellation, the group still won three Grammy Awards. For her part, Eilish showed them her love in her moment of mourning and surprised with a look completely different, because he wore a black shirt with the face of the deceased Hawkins. At the end of the performance, Eilish, with a big smile, lifted the shirt around her neck and held it up to deserved applause from the audience.

3. The presentation of BTS

The feeling band k pop returned to the Grammy stage with a great interpretation of the theme butterwhich left the audience speechless as they gave them a standing ovation. Several of the BTS boys began their performance from the audience and V sat next to Olivia Rodrigo, with whom he shared a flirtatious moment that perhaps fans we will not be able to overcome.

Lil Nas X gave a memorable rendition of his hit MONTERO Call Me By Your Name before Jack Harlow took the stage to join the rapper for their popular collaboration INDUSTRY BABY.

John Legend gave a moving performance alongside Ukrainian artists in solidarity with Ukraine and the crisis in that country as a result of the war with Russia.

“This is my biggest dream come true” were the words of Olivia Rodrigo upon receiving the award for Best New Artist. At just 19 years old, the Californian singer also won the award for Best Pop Album for Sour and Best Pop Solo Performance for her hit Driver Licensewhich he emotionally interpreted at the beginning of the ceremony.

The In Memoriam of the 64th edition of the Grammy Awards kicked off with a video honoring Foo Fighters drummer Taylor Hawkins, to the rhythm of myhero The annual tribute to everyone in the music industry who has passed away was led by stars Cynthia Erivo, Leslie Odom Jr., Ben Platt and Rachel Zegler.

Doja Cat not only made us laugh when she almost didn’t accept her Grammy for Best Pop Duo/Group Performance with SZA because she was in the bathroom, but she also made us cry with her emotional acceptance speech.

9. Silk Sonic takes home the award for Record of the Year

President Volodymyr Zelensky made a video appearance during the ceremony to call for support and raise awareness of the Ukraine-Russia conflict. In addition, he asked the artists present and viewers at home to “fill the silence with your music” and help spread the truth about the war.

What is more opposite of music? The silence of destroyed cities and murdered people. Our musicians wear bulletproof vests instead of tuxedos. They sing to the wounded in hospitals, even those who cannot hear them. But the music will break through anyway.

Dua Lipa, Donatella Versace and Megan Thee Stallion took the stage to recreate the memorable moment of the 1998 Grammys starring Mariah Carey and Whitney Houston, where they both wore the same dress.