Home News The 10 biggest nuclear explosions in history, in one stunning chart 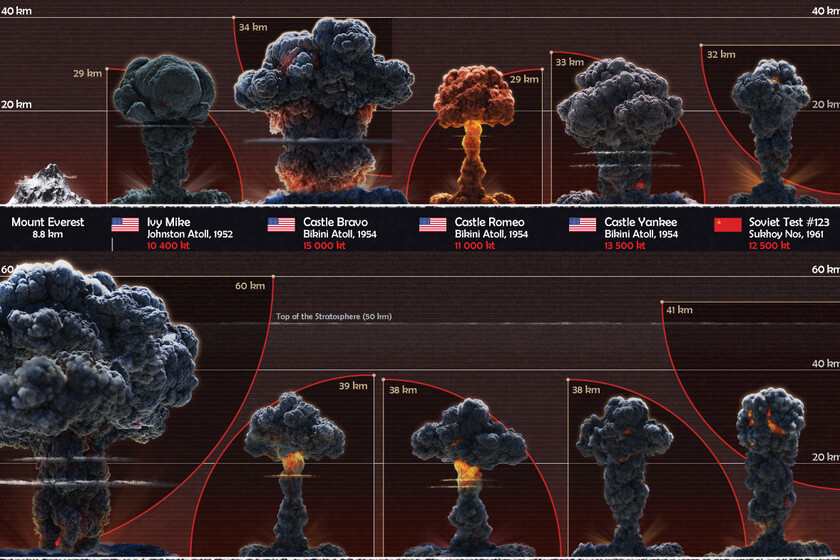 Since the first nuclear test on July 15, 1945, more than 2,051 nuclear weapons tests have been conducted worldwide. No other force personifies the absolute destructive power that humanity has unlocked in the way that nuclear weapons have done. And the truth is that weapons rapidly became more powerful in the decades after that first test.

The United States Trinity Test, the device tested that year, was rated at 20 kilotons, meaning it had the explosive force of 20,000 tons of TNT. that explosion instantly vaporized the tower it stood on and turned the surrounding sand into green glass, before sending a powerful wave of heat across the desert. By comparison, estimates for the Hiroshima bomb are around 15 kilotons of power.

In 20 years and as the Cold War intensified, the US and the USSR tested nuclear weapons of more than 10 megatons, or 10 million tons of TNT. By scale, these weapons were at least 500 times stronger than the first atomic bomb. The US and Russia now have thousands of nuclear weapons each. But not only them: China, France, the United Kingdom, India, Pakistan, North Korea and Israel also have nuclear weapons. The ongoing Russian invasion of Ukraine has raised fears that such nuclear weapons may end up being used.

A chart by Visual Capitalist visually compares the 10 largest nuclear explosions in history. Documents from the US Department of Energy and the Ministry of Defense of the Russian Federation revealed many powerful explosions. Still, there are a number of nuclear weapon detonations whose yields are uncertain, so only those whose potency is known are included. All of these explosions are many times more powerful than those used in Hiroshima and Nagasaki at the end of World War II.


You can see the graph in its maximum resolution here.

Index hide
1 What happens in the explosion?
2 The most powerful explosions in history

What happens in the explosion?

After exploding, nuclear bombs create giant fireballs that generate a blinding flash and a searing heat wave. The fireball engulfs the surrounding air and grows larger as it rises like a hot air balloon. As the fireball and hot air rise, they are flattened by cooler, denser air high in the atmosphere, creating the mushroom “cap” structure. At the base of the cloud, the fireball causes physical destruction by sending a shock wave traveling outward at thousands of kilometers per hour.

A strong updraft of air and dirt particles through the center of the cloud forms the “stem” of the mushroom cloud. In most atomic explosions, changing atmospheric pressure and water condensation create rings that surround the cloud, also known as Wilson clouds. Over time, the mushroom cloud dissipates. Nevertheless, leaves a radioactive fallout in the form of nuclear particles, debris, dust and ash, which cause lasting damage to the local environment. Because the particles are light, they are often distributed by the wind beyond the detonation site.

To scale the size of the largest nuclear explosions in history, this Nukemap by Alex Wellerstein helps us visualize the terrifying real impact of a nuclear explosion. On the map, the first ring of the explosion is the fireball, followed by the radiation radius. In the pink radius, almost all the buildings are demolished and deaths are approaching 100%. In the gray radius, the strongest buildings would withstand the blast, but injuries are nearly universal. At the orange radius, people with exposed skin would suffer third degree burns and flammable materials would catch fire.

Read:  Elon Musk reveals Tesla's biggest competitor, and it's not who you think

The most powerful explosions in history

Ivy Mike (1952). In 1952, the US detonated the Mike device, the first hydrogen bomb, as part of Operation Ivy. Hydrogen bombs rely on nuclear fusion to amplify their explosions, producing much more explosive energy than atomic bombs that use nuclear fission. Weighing 63,500 kg, Ivy Mike generated a yield of 10,400 kilotons, equivalent to the explosive power of 10.4 million tons of TNT. The explosion was 700 times more powerful than Little Boy, the bomb dropped on Hiroshima in 1945.

Castle Romeo (1954). It was part of the Operation Castle series of US nuclear tests that took place in the Marshall Islands. Surprisingly, the US was running out of islands to test, making Romeo the first test conducted on a barge in the ocean. At 11,000 kilotons, the test produced more than double its intended explosive energy of 4,000 kilotons.

Soviet Test #123 (1961). Test #123 was one of 57 tests conducted by the Soviet Union in 1961. Most of these tests were conducted in the Novaya Zemlya archipelago in northwestern Russia. The bomb produced 12,500 kilotons of explosive energy, enough to vaporize everything within a 3.5 km radius.

Castle Yankee (1954). It was the fifth test in Operation Castle. The explosion marked the second most powerful US nuclear test. It produced 13,500 kilotons, far more than the anticipated yield of up to 10,000 kilotons. Four days after the explosion, its consequences reached Mexico City, approximately 11,400 kilometers away.

Castle Bravo (1954). The first in the Castle Operation series, it accidentally became the most powerful nuclear bomb ever tested by the US. Due to a design error, the explosive energy of the bomb reached 15,000 kilotons, two and a half times what was expected. The mushroom cloud rose up to about 40 km.

As a result of the test, a gigantic area was contaminated and the inhabitants of nearby atolls were exposed to high levels of radioactive fallout. Traces of the explosion were found in Australia, India, Japan and Europe.

Soviet test #219 (1962). Test #219 was an atmospheric nuclear test conducted with an intercontinental ballistic missile (ICBM), with the bomb exploding at a height of 3.8 km above sea level. It was the second most powerful nuclear explosion, with a yield of 24,200 kilotons and a destructive radius of 41 km.

Czar Bomb (1961). Tsar Bomba, also called Big Ivan, needed a specially designed plane because it was too heavy to carry on a conventional plane. The bomb was attached to a giant parachute to give the plane time to fly.

The explosion, which produced 50,000 kilotons, destroyed an abandoned village 55 kilometers away and triggered a magnitude 5 earthquake in the surrounding region. Initially, it was designed as a 100,000 kiloton bomb, but the Soviet Union reduced its output to half its potential. Tsar Bomba’s mushroom cloud broke through the stratosphere to reach a height of more than 60 km, about six times the flight height of a commercial airliner. 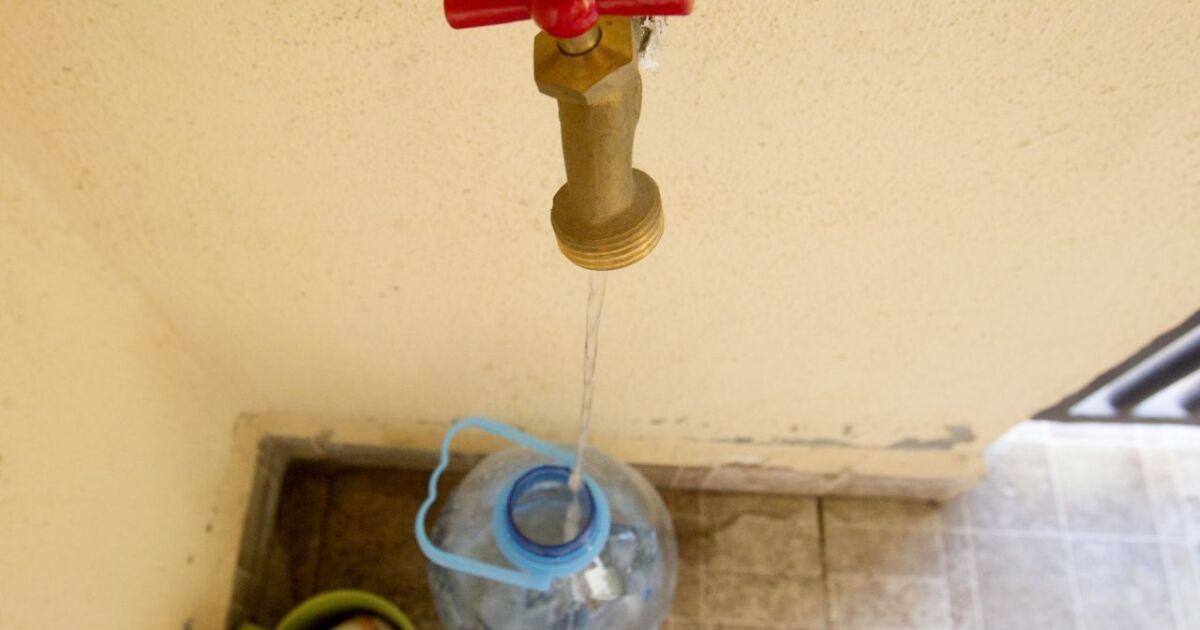 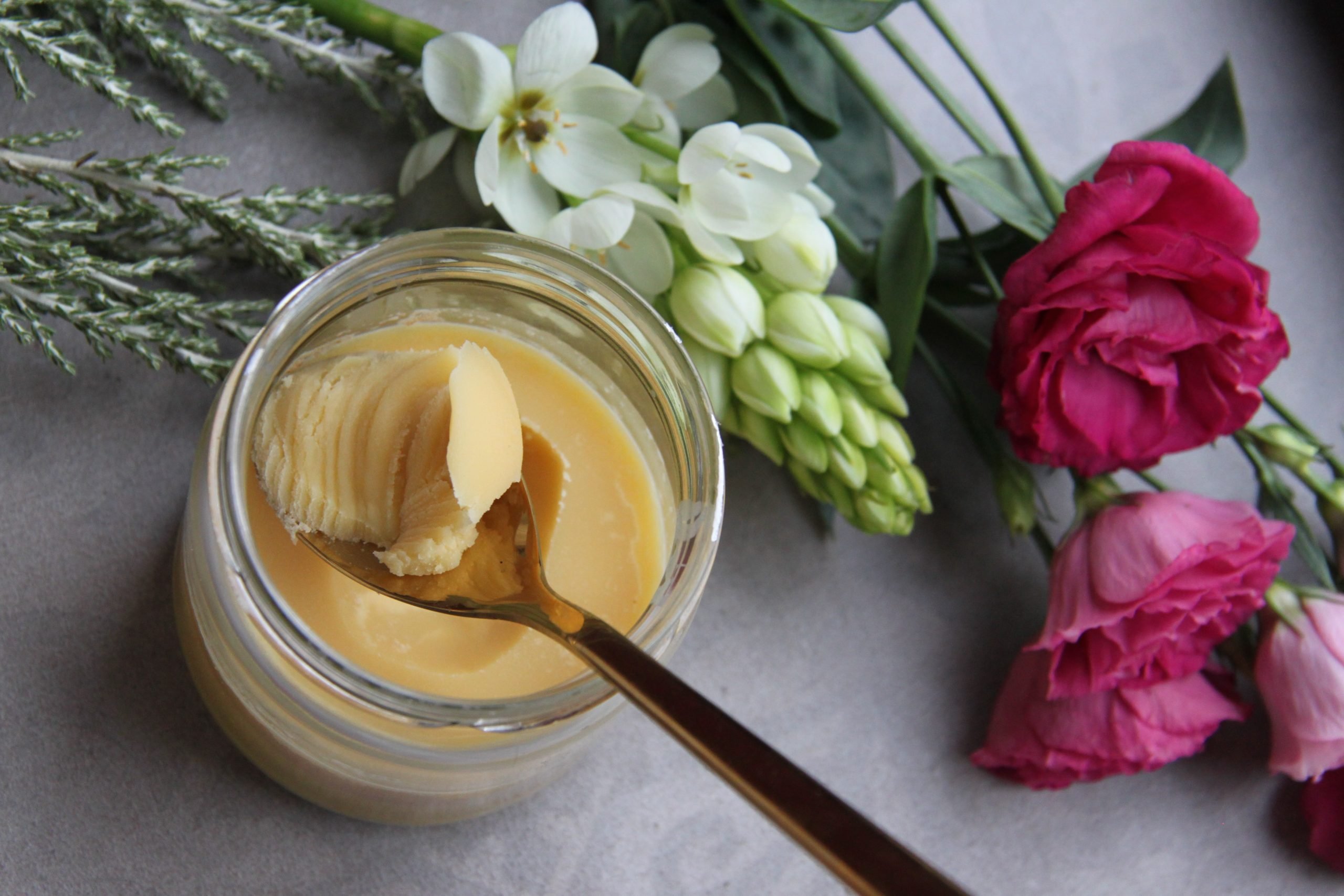 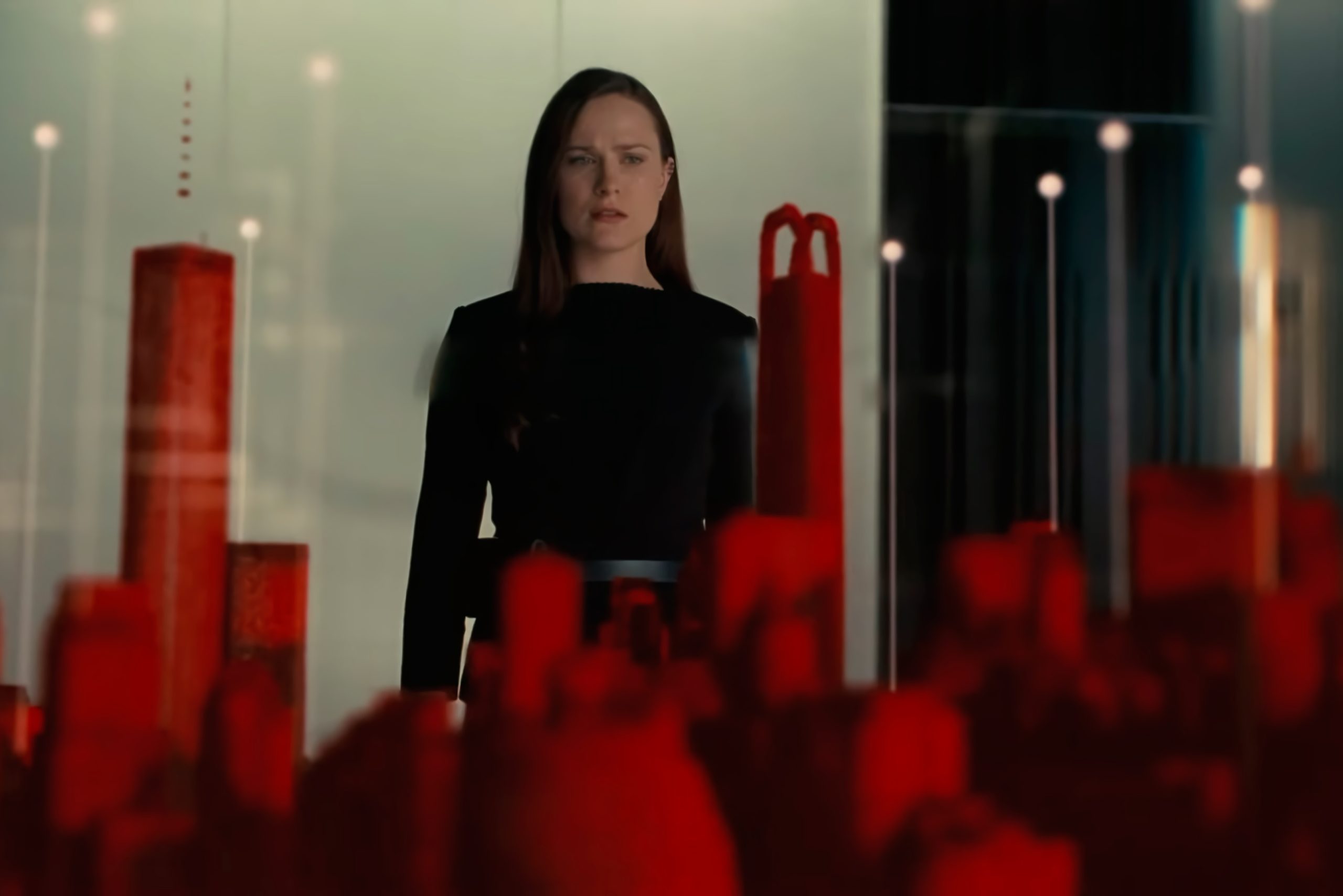 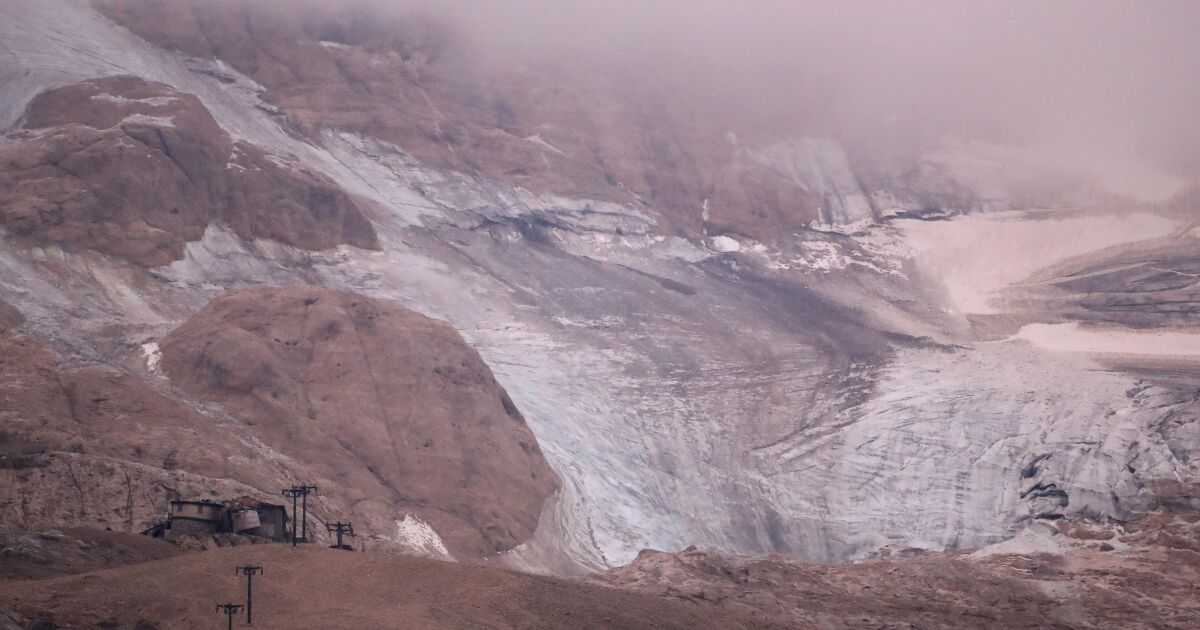