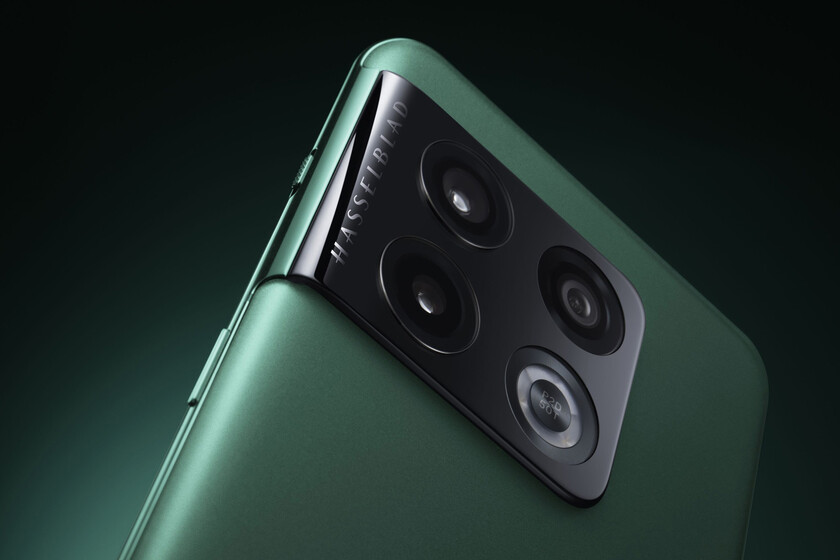 The january eleventh It will be the official presentation but we already know both the design and the main specifications of the OnePlus 10 Pro, the highest-end model of the Chinese firm and another of the firm candidates to fight for the throne of best photographic smartphone of 2022. In addition, this mobile is the second fruit of the collaboration between OnePlus and Hasselblad released last year.

A collaboration that materialized before in the OnePlus 9 and OnePlus 9 Pro, the first mobile phones of the Chinese brand whose cameras wore the Hasselblad logo, but in which the intervention of the Swedish firm was only in the field of software, incorporating the technology Natural Color Calibration and the app Hasselblad Camera for Mobile.


Therefore, once again the question is to know to what extent Hasselblad has “gotten his hands” in the new terminals whose design has already been leaked in recent days and of which we now know their main specifications thanks to Weibo, the Chinese social network. As we can see, the camera module has been totally redesigned, although the configuration does not seem to have varied much.

In fact, the same resolution of the sensors that the OnePlus 9 Pro had is maintained, namely: a 48 MP main sensor, a 50 MP ultra wide angle and a 8 MP telephoto. We do not know what happens with the 2 MP monochrome sensor that the previous model had, but in the photos you can see a fourth “circle” that could house this sensor or an LED flash (or both) and in which the inscription appears “P2D 50T“.

Raymon Wong from the Input website says he knows what this inscription means: the “P” would refer to “phone”(Phone), the” 2D “to“second-generation Hasselblad camera for mobile”(Second generation Hasselblad mobile camera) and the“ 50T ”would refer to it being a 50 megapixel triple lens rear camera; something that does not add up much considering that only one of the sensors reaches this figure.

Read:  This is how the intriguing “Our Moon Enhanced” image was made, which graphically shows the relief of craters and lunar seas.

OnePlus says the P stands for “phone,” the 2D for “second-generation Hasselblad camera for mobile” and “50T” for the OnePlus 10 Pro’s 50-megapixel triple-lens rear camera.

According to Petapixel, this would not be of the utmost importance and would simply respond to the way Hasselblad usually names its cameras (for example the X1D-50C or the H6D-400C). On the other hand, what would clearly improve is the front camera, the one specialized in selfies, that it would go from 16 to 32 megapixels and it would be located in the hole of the main screen.

We must also mention the inclusion in the new OnePlus 10 Pro of the Snapdragon 8 processor, the latest generation of Qualcomm chips, which would come to provide it with a high processing power and new possibilities for taking pictures. Xataka colleagues have already told us that this new processor comes to up the ante especially in mobile photography and artificial intelligence, with what is to be expected a general improvement in taking photos and video with the new smartphone.

At the moment we will have to wait until next week to find out more details, including the price and availability of the new model, but we hope that it will arrive in Spain on first trimester of this 2022 with a price around the 900-1,000 euros that cost its predecessor.