Bullfrag
Home News That time the Australian army took out the tanks against the emus... 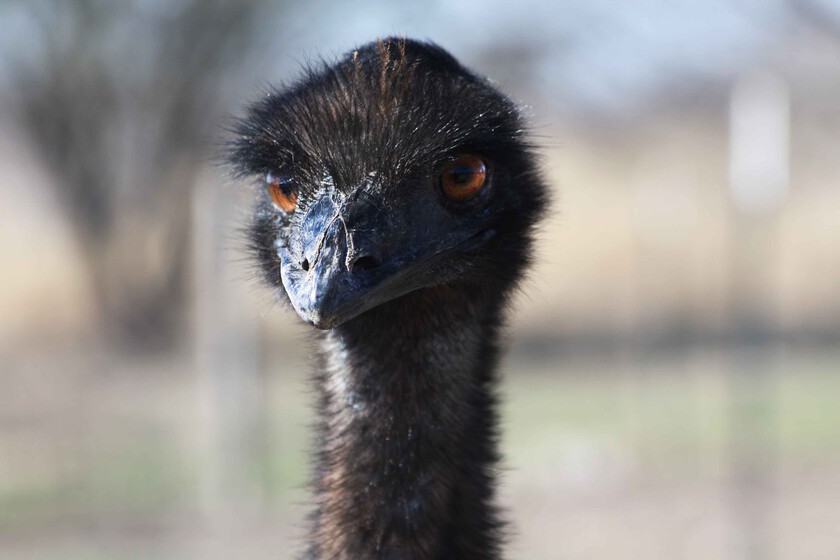 Notice: an earlier version of this post was published in 2016.

“We’ve golden soil and wealth for toil”, reads the hymn of Australia, proud not only of its people, heirs of a population made up of inmates, but also of its lands, gigantic, abrupt, wild and even romantic, practically uninhabited. Unfortunately, history tells a different tale: Australia tends to spend more time in war than in harmony with its surroundings. And no, the term “war” is not gratuitous. Not for the poor emus.

The emu is a friendly flightless bird that, like the ostrich, lives and breeds at ground level. It is endemic to Australia, which would make it a rare object of desire and pride for Australians, similar to the kangaroo or koala. However, in 1932, the Australians literally wanted to annihilate them.

Index hide
1 Farmer looking for land (emus free)
2 If you have a problem with emus, send tanks
3 Magnet Newsletter

Let’s put it in context: before WWII, Australia was still a dependency of the British Empire. With its certain degree of autonomy, but part of the Empire. That carried some responsibilities. For many Australians, in particular, their relationship with the United Kingdom involved their involvement in the First World War. Victory obtained, upon their return many of them, as in Europe, found themselves without office or benefit. The Australian government used them as settlers-farmers in Western Australia.

Western Australia is nowhere. The most exaggerated nothing, the place where the world’s straightest roads and railways can exist thanks to a flat terrain and devoid of populations of interest. So the Canberra government had an interest in using good Australian people to get something out of them.


Two dangerous emus taking a break after a hard day in the guerrillas.

Advantage = crops wheat. Australia and its farmer-veterans set out to produce this precious cereal. By the late 1920s, problems were pressing, yet the Great Depression had caused no small hardship among Australian farmers, who found little support in government subsidies. The pressure to produce more and generate higher profits shifted to larger areas devoted to both agriculture and livestock.

Without knowing it, they were all killing him habitat of the emus. So, faced with the situation of moving or trying to survive in their usual lands, the winged critters did the latter and colonized the wheat fields.

Problem for farmers: emus were incompatible with keeping crops alive and productive. Given the economic difficulties they were already going through, they interpreted it as a heavy burden to also have to fight the emu. The government, partially composed of other war veterans sympathetic to the demands of western farmers, understood that between their citizens and the emus, the interests of their citizens should prevail. And so the “Emu Wars“.

A prominent member of the Emu Liberation Army.

If the episode seems surreal it is only because we are talking about Australia. The country is not alien to the mass extermination of animals of all conditions. First they had problems with rabbits: an exotic and invasive species in Australia, whose habitat is extraordinary and unusual, they did not have predators that prevented them from destroying any field they wanted. Later, the koalas, so goofy they were ending up with their own food, prompting the government to kill hundreds of them.

Read:  This is the cover of SPORT

The latest case has been that of feral cats: abandoned house cats that, in the wild, have thrived as predators. Having no competition or hunters, they have become dangerous critters that kill native species of the island. The government plans to kill two million of them.

If you have a problem with emus, send tanks

And in 1932, it was the emus that were in the eye of the hurricane. So Australia did what it does best: kill.

The government, overwhelmed by the scale of the task, chose to send in the army. A full-fledged declaration of war. It was the biggest GPW Meredith, of the 7th infantry battalion of the Royal Australian Artillery, who was in charge of commanding the operations on the ground, accompanied by a handful of soldiers. The objective: to surround the emus and shoot them with two Lewis machine guns and some 10,000 reservations of ammunition. In parallel, a reward model was established for all those farmers who wanted to shoot down an emu.

Brave Australian soldiers, heirs of the no less brave soldiers who staged the emu war.

The a priori task was simple: shoot, kill, go home. Emus are birds that do not fly. But it turned out to be a complex task. First, the rains muddy the ground and delayed operations. Later, in the first attempts, the soldiers were only able to kill a dozen emus each day, insufficient to de facto solve the problem. Fast and difficult to herd, the weapons did not have enough range to fire at them from afar. And up close, they fled.

Within a week, only a few emus had fallen. Since they were divided into small groups, the effect of the machine guns was unsatisfactory and expensive. The frustrated government withdrew its positions.

But he returned to the charge. Subsequent emus invasions reported by farmers once the military deployment ended led the Australian authorities to interpret the problem as a national crisis. A second military attempt, more extensive and with the lessons learned, allowed Meredith to collect more pieces: between 900 and 2,500 birds had been killed by the machine guns of the Australian army. At the beginning of December, the operation was finished, but in general terms it had failed.

The glorious emu, victorious in his war.

Australia had lost to the emu, a powerful enemy praised by military intelligence against whom poor Australian tactics had achieved as futile and irrelevant as it was ridiculous.

The bird, of course, survived the tactic used by the Australian government, only understandable in one context, that of 1932, in which animal rights and public awareness of them fell far short of our contemporary standards. And perhaps because of this, Australia waged its war against the emus. Not the noblest, perhaps not the most important, but the most extravagant and ignominious.

Ah, the battle did not end there. In successive years, the government set up reward systems for ordinary citizens to collect the heads of the emus. It was more effective, with around 57,000 bounties claimed in 1934. The problems lasted until 50.