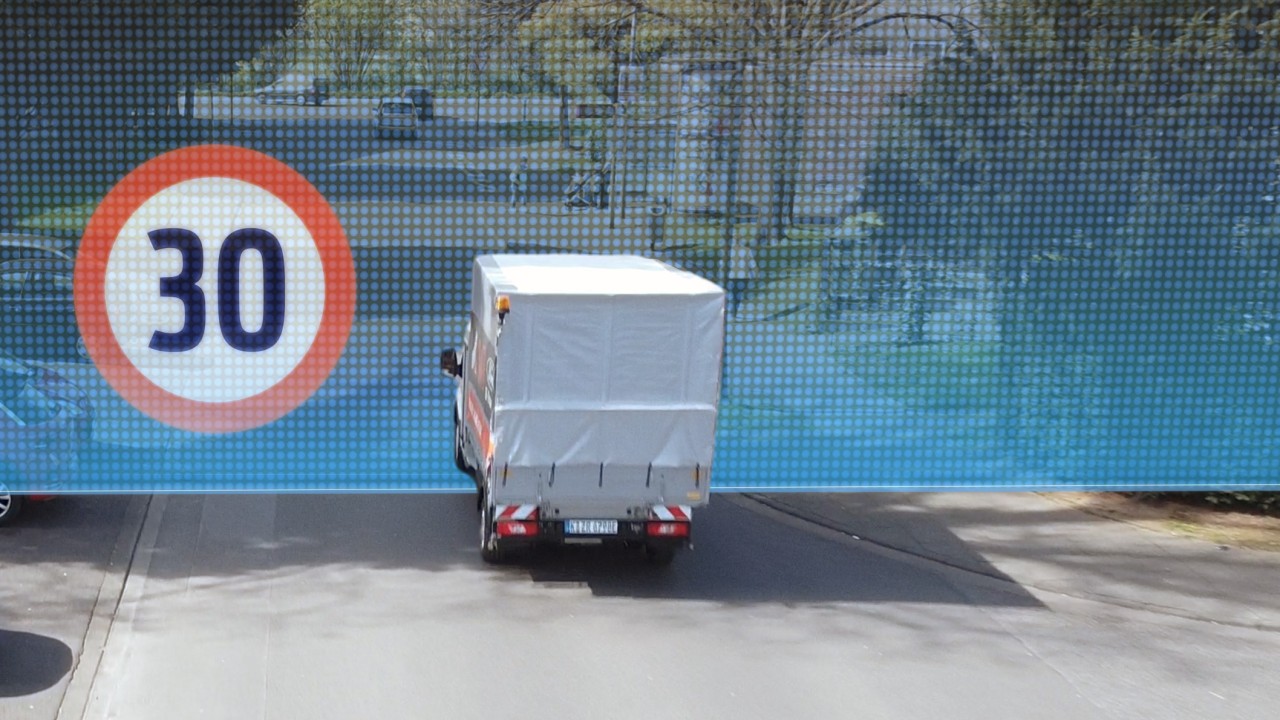 Speed ​​limit signs for the driver would not be necessary if the vehicle strictly complied with them. Ford Pro is testing a technology to make the signs obsolete, since it limits speed just for being inside a defined zone.

If we ignore the case of special vehicles in emergency service, there are few reasons that justify driving above the Speed ​​limits established in urban areas. In order for the coexistence between vehicles, pedestrians, cyclists and other vulnerable users to be more peaceful, it is vital that these limits are met.

Many current vehicles have a traffic sign reader using cameras, called RRT. This system requires the physical presence of signals. An evolution of the TSR is the ISAan “intelligent” speed limiter that uses this information to intervene in the vehicle, not just warning the driver.

Another method is to set the limits by mapping the navigation system, especially if it is updated in real time, and this is where navigation technology comes into play. geofencing, geofencing either geofencing. In other words, it is determined if the vehicle is within a perimeter delimited by the GPS position and some limitations can be set.

Ford is testing this system in Cologne and Aachen, Germany, with Ford E-Transit electric vans in restricted zones at 30 and 50 km/h. This means going one step further with respect to the possibilities of its fleet control system, which we were able to test recently in Barcelona.

The most modern vans from Ford Pro, Ford’s commercial branch, are connected to the Internet in real time and it is possible to know their position, status, speed… through a telematics platform. For example, the system can issue a warning each time the driver has broken a speed limit, where, and for how long.

The driver may not notice the presence of any traffic signal, especially in areas where signals accumulate, leading to involuntary speeding.

In the same way that the alert is generated, given the condition of driving speed higher than the legal speed, it is possible to prevent the speed from being exceeded, cutting the engine torque until the vehicle adapts to the restriction where it is circulating. Other limitations can also be established, such as within an industrial area where, for safety reasons, it is imperative to drive more slowly.

Drivers have more and more help to carry out their work with greater safety, including avoiding fines and traffic accidents for not having seen a traffic signal

Ford will be testing this speed limiter through geofencing for a year, until March 2023, without knowing if it can be incorporated as a feature in the future. If such a thing happens, will it be possible to disable itas long as the fleet manager authorizes it.

The manufacturer is committed to offering a complete ecosystem of solutions for its commercial vehicle customers. Under the umbrella of Ford Pro, the sale of vehicles, recharging solutions for electric vehicles, maintenance, services, software and financing. That drivers do not exceed speed limits offers advantages, although it may affect the agility of the service.

The savings would come in terms of a reduction in fines -and the cost of dealing with them in a large fleet-, less probability of accidents and of having vehicles inactive for repairs, lower energy consumption… And all of this offering an image of responsibility and civility on the part of the company in question.

Geofencing technology has other applications, such as forcing the combustion engine to turn off in plug-in hybrid vans in low-emission zones to ensure that they circulate only with an electric motor. BMW uses a similar system for its plug-in hybrids to reduce their emissions in numerous European cities.

It will also be useful in the era of the autonomous car, since a specific signal may not be noticed by the sensors due to deterioration, glare or because it is hidden in the undergrowth, helping vehicles without human supervision to comply with traffic regulations at all times. established.

However, no matter how much technology advances, the signals will continue to be necessary for all those vehicles without intelligent speed limitersdrivers will have to keep an eye out for them. Of course, vehicles with this technology will no longer need signs to comply with the limits.

banks should expose only 1% to crypto assets

Bottas, the fastest in free practice with a lot of water and little history

The revolutionary motor for electric cars that promises high efficiency