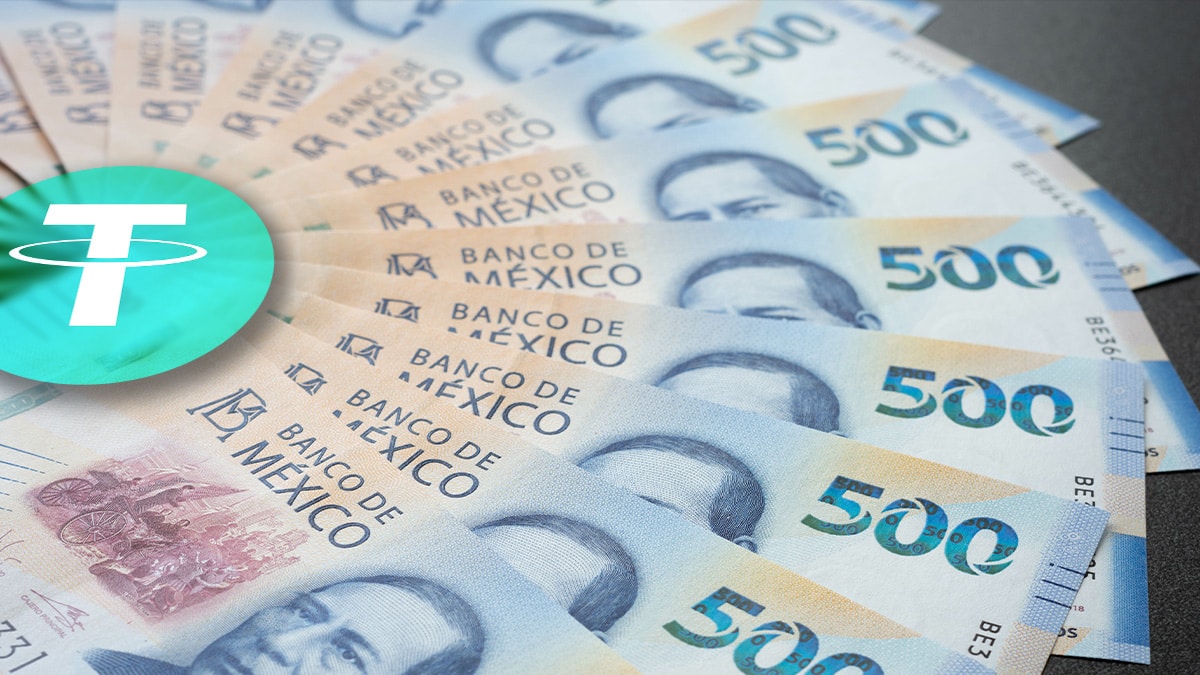 Tether Operations Limited, the issuer of the main stablecoin in the market, Tether USD (USDT), announced the launch of a digital currency pegged to the value of the Mexican peso.

Through a statement, Tether explained that its MXNT token will maintain parity with the national currency of Mexico, country from which they highlight the “multi-million dollar flow of remittances” and a series of “difficulties involved with money transfers [que] they have created a unique opportunity for the use and adoption of stablecoins.”

MXNT will be supported in principle in three blockchain networks: Ethereum, Tron and Polygon. In addition, it is added to the offer of Tether parity currencies, which in addition to its dollarized version (USDT), has a currency anchored to the euro (EURT) and another to the Chinese yuan (CNHT).

For Paolo Ardoino, CTO of Tether, the peso-linked stablecoin will serve to mitigate the volatility of the cryptocurrency market for Mexican users “looking to convert their assets and investments from fiat currency to digital currency.”

“We have seen an increase in the use of cryptocurrencies in Latin America during the last year that has made it evident that we need to expand our offerings. […] The introduction of a peso-pegged stablecoin will provide a store of value for those in emerging markets and, in particular, Mexico.”

For Paolo Ardoino, CTO of Tether

This could be the first step to an expansion of the region’s fiat-anchored digital currencies. At least, that is what the company advanced in its statement, where they say that the MXNT “will provide a testing ground for the incorporation of new users in the Latin American market and will pave the way for the launch of future fiduciary currencies in the region.”

Bitcoin and cryptocurrencies in Mexico

Tether’s impact on the cryptocurrency market is undeniable. Figures from last year showed that more than 70% of bitcoin transactions were paired with the stablecoin of Tether; meanwhile, data revealed by Ardoino recently shows that USDT is even more popular than BTC in countries in the region, such as Venezuela or Brazil.

Despite the fact that the Mexican president, Andrés Manuel López Obrador, has clearly positioned himself against bitcoin and cryptocurrencies, citizens continue to use these tools.

As we have reviewed in CriptoNoticias, there are already various options for sending remittances to Mexico with cryptocurrencies, through platforms such as Coinbase or the local Bitso exchange.

In addition, weighty voices such as the multimillionaire Ricardo Salinas Pliego or the senator Indira Kempis have advocated for bitcoin as a powerful and necessary tool for the country. Although there is still no progress in a regulation that favors cryptocurrencies in Mexico, the projects continue. One of them was the installation of an ATM in the Senate.