Test of the CUPRA Born with a 77 kWh battery, size does matter 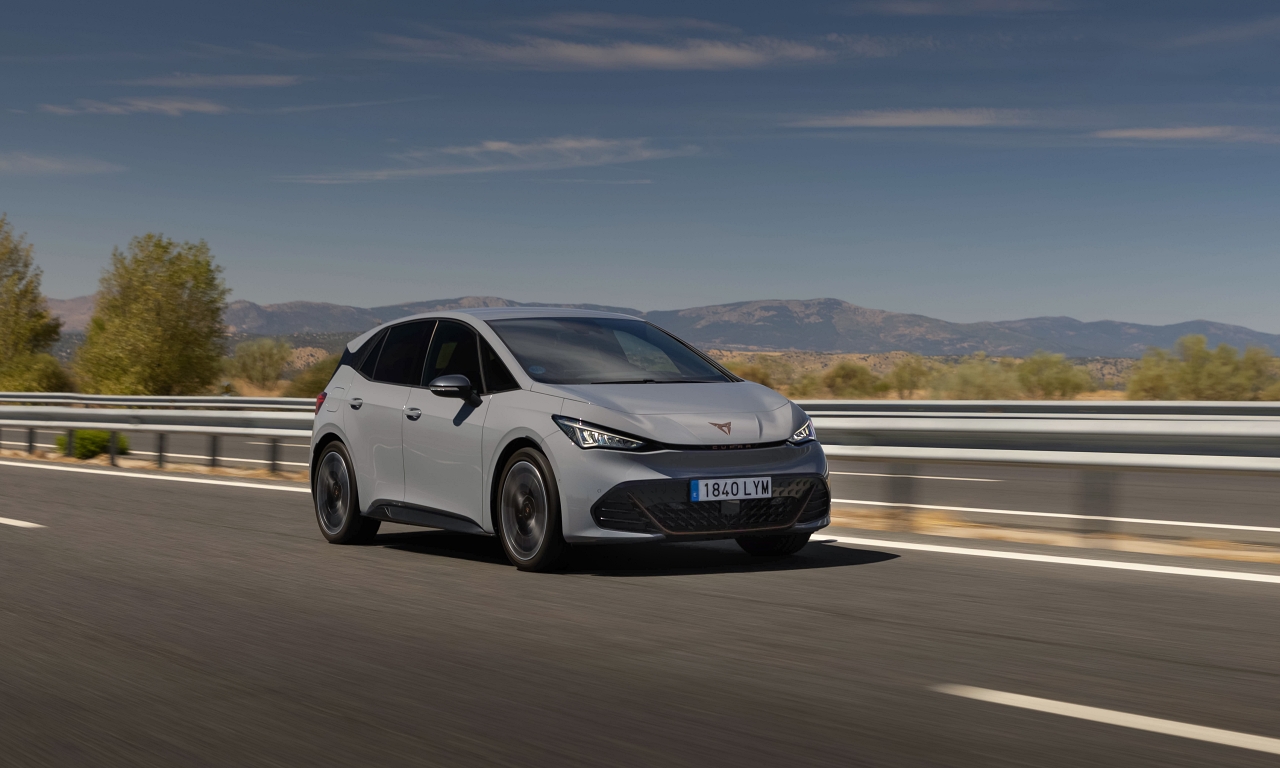 The CUPRA electric is already one of the best on the market, but the incorporation of a larger battery allows it to offer better qualities. We put the CUPRA Born to the test with a 77 kWh battery and a range of 546 kilometres.

When it comes to batteries, size always matters. The bigger the better. Electricians have to leave range anxiety behind. The market demands cars with greater autonomy and for this it is necessary, among other things, to increase the size of the batteries. However, something as simple as increasing the number of cells is not always easy. The CUPRA Born now has a higher capacity battery, 77 kWh, which allows it to extend its operating range above 500 kilometers. Does bigger mean better?

I must admit that the Born has been one of the electric ones that I have liked the most of all those that have passed through my hands. A very serious and interesting product that for my taste is even better than the Volkswagen ID.3, the jewel in the electric crown of the conglomerate and the twin brother of this CUPRA. Both share almost everything, but from the company born from the SEAT rib they have been able to do a better job in global computationsAt least, I insist, for me.

When I tried the 58 kWh Born a few months ago, I discovered a very attractive electric car with many positive arguments. Design was among them. Its aesthetic is much more powerful than that of the ID.3, revealing that sporty point that always accompanies CUPRA products. Very attractive and sharp lines that serve in turn to offer low air resistance and thus improve its electrical capabilities. When it comes to aesthetics there are no clear differences between the models with different batteries.

Although the arrival on the market of the version with a 77 kWh battery was announced at the beginning of last May, it has not been until now that it has really landed on the market. Problems in the supply chain have hampered commercial deployment, but everything arrives. As I was saying, aesthetically there are hardly any clear differences with respect to their brothers with less autonomy. The most notorious focus on aspects such as the wheels of the superior finishes, which can be up to 19 inches.

There are also no major changes in the interior. A cabin that once again stands out for offering a better feeling of finishes than his German brother. Materials with a pleasant touch that are completed with a lot of equipment, both focused on comfort, safety and load. One of the improvements added to the 77 kWh Born is the charge of up to 135 kW in direct current, while its little brothers only enjoy a charging power of up to 100 kW in direct current. In alternating current the 11 kW are maintained.

Returning to the equipment section, several technologies should be highlighted, such as: full LED headlights, wireless Apple CarPlay and Android Auto connectivity, infotainment system with 12-inch touch panel, wireless charger, sports seats, and many additional assistance elements. In addition to that, there is an e-Boost version that offers unique elements such as a specific button on the steering wheel -which I will now tell you about- and larger front brake discs (340 mm), while the rear ones continue to be drum brakes.

In terms of habitability, the Born knows how to make the most of the qualities of the Volkswagen Group’s MEB platform. With a length of 4.32 meters and a wheelbase of 2.77 meters, the interior space offers excellent dimensions for a maximum of five passengers. Three of them located on a fairly generous rear bench that do not lose capacity when integrating a larger battery. The same happens with the rear trunk that maintains its 385 liters of minimum capacity.

Without a doubt, the most attractive thing about this version is the extended battery offer. CUPRA announces 77 net kWh, 82 gross kWh, in a lithium-ion battery that is associated with a front engine with 204 horsepower and 310 Nm of torque. The official figures highlight a range of up to 549 kilometers in the WLTP approved cycle with a consumption of 15.8 kWh for every 100 kilometers travelled. With these data on the table and the previous experience of the lower version, it is time to face the test of this new and improved CUPRA Born.

As expected, there are no major changes when it comes to getting behind the wheel. The CUPRA, despite having increased its range, has not changed its way of driving. A car that is clearly committed to ride comfort and low consumption as the main test arguments. I want it to be on record that the test was carried out during the official presentation in Madrid, which should not serve as a definitive reference for the CUPRA Born spending data either. In a few weeks we will test the unit more thoroughly, carrying out more exhaustive tests of consumption and autonomy.

However, the first data could not have been more positive. As in the 58 kWh capacity version, it is worth noting the efficiency that CUPRA is capable of squeezing from its electric car. Although the approved figure, 15.9 kWh per 100 kilometers, is not exactly the same as what I have achieved during the first kilometers, we can speak of a combined consumption of around 17.2 kWh as real data, something that must be positively valued. It is very easy to get low figures and that CUPRA has chosen not to incorporate complex retention modes that could be better to increase efficiency, especially urban.

Read:  How is the rocket slingshot that NASA wants to test?

The simplicity of use remains remarkable in the Born, although the location of the BMW i3-style gear lever remains unconvinced. The only added retention format is gearbox mode B, but given the location of the selector knob, next to the instrumentation screen, it is too cumbersome to play with it. More accessible are the satellite buttons that come out of the steering wheel. One for activating the CUPRA mode with e-Boost function and another for selecting the driving modes.

In the latter we find different formats: Range, Comfort, Sport and Individual. The response of different elements changes depending on the mode, although not as much as might be expected since the Born surrenders to efficiency at all times. Obviously there is more reactivity in sport mode, but the discharge of energy at full throttle is not much more frenetic than in Range or Comfort modesthe most recommended for driving and thus extend the range of action of the electric compact

Regarding the e-Boost button, it can be associated with both the 58 and the 77 kW battery. It is an optional package that only costs 290 euros and adds 27 additional horses and the CUPRA sports mode. It is highly recommended because for that little money we not only have more performance, but also improved components such as 340-millimeter front brakes and larger wheels. In addition to all this, satellite controls with e-Boost mode are incorporated into the steering wheel. When activated, it activates the most aggressive delivery format for 30 seconds.

At no time do you feel the need for more power or delivery. The balance that the CUPRA engineers have achieved is truly remarkable. Although it prioritizes comfort, it also has its dynamic touch. With a weight increase of more than 100 kilos compared to the 58 kWh version, the developers have made small adjustments so that the car does not suffer from excess kilograms, since it weighs around 2,000 kilograms if we add a driver and a passenger. An exaggerated figure that is camouflaged by a good dynamic, although it makes one think about where the industry is heading.

As I said at the beginning; Size Matters. The size of the battery is key in various issues, mainly autonomy and price. With more than 546 kilometers of official range, the price skyrockets, although you have to look at it with perspective. The launch price of the 77 kWh CUPRA Born is 45,620 euros, without offers or promotions. A high cost, yes, but if we take into account other electric models that exceed half a thousand kilometers of range, we are talking about one of the cheapest, something that must always be taken into account.

Range anxiety is a powerful reason to go for a larger battery. While the 58 kWh Born estimates its real autonomy between 320 and 370 kilometers, the 77 kWh CUPRA Born exceeds those figures by an extra 100 kilometers. In everything else, the Born continues to maintain its excellent qualities and purchase reasons, for me superior to those of the ID.3. However, its price remains an insurmountable barrier for many buyers, as is the case with many other rival models.

This Entrepreneur Destroys Luxury Bags, Spends Thousands Of Dollars On Gucci, Chanel And Prada To Test Their Quality

“The Collective for Mexico” is born!