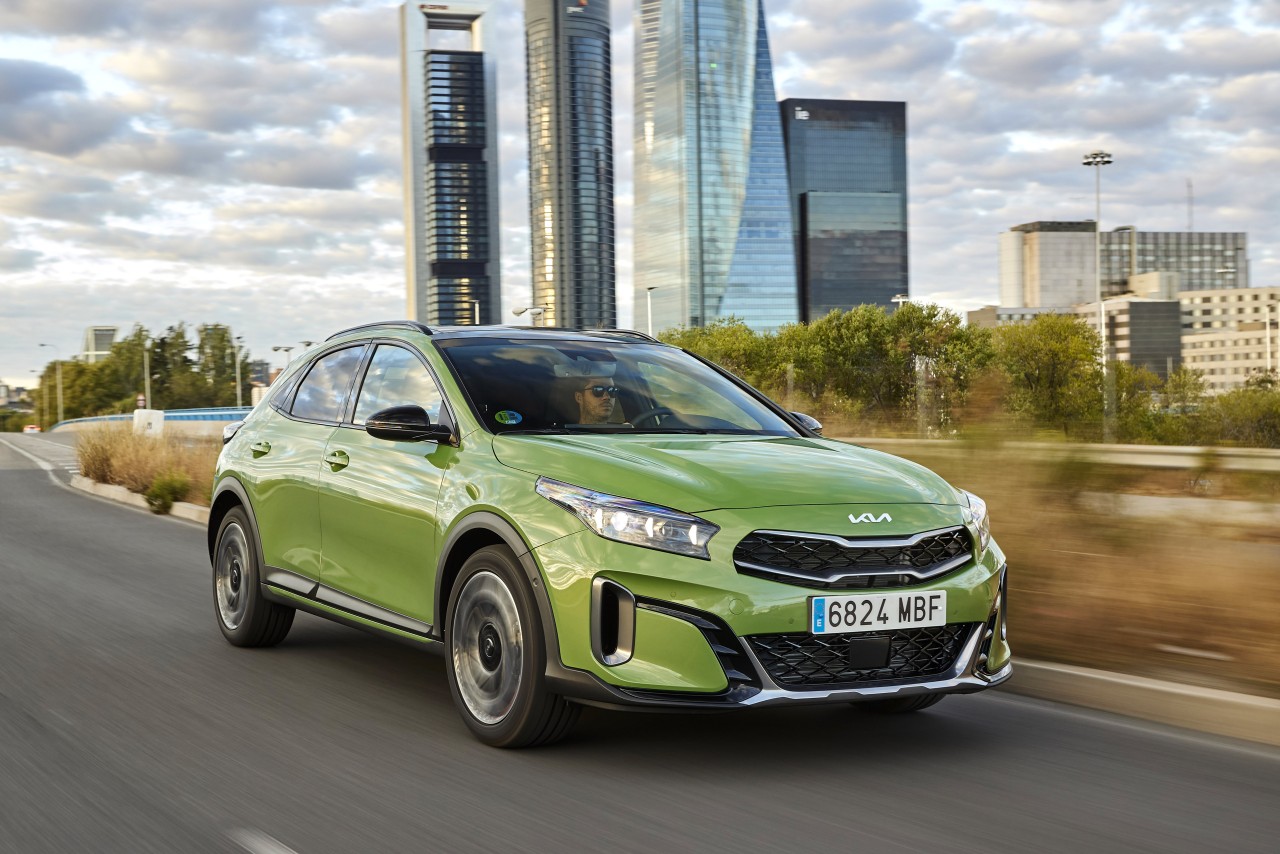 The new KIA XCeed 2023 presents design changes and updates the equipment to continue being one of the most personal bets in the C-SUV segment. In a segment plagued by rivals, the Korean crossover proposes a practical and familiar recipe that does not give up a different style.

The KIA Xceed It is the best-selling member of the Ceed family of models, accounting for 40% of sales in Europe. However, although all Ceeds had received an update in 2021, the Korean crossover had to wait another year to enjoy the news that restyling entails. The new model is already on sale and I have been able to drive it to see how the changes have made it.

Its previous appearance still seemed very modern and daring to me and perhaps it was a generalized impression because the aesthetic renewal has been rather subtle. The Korean now wears a new grill and the front bumper modifies the design of the air intakes. The rear bumper also changes and receives a redesigned diffuser with a gloss black underbody protector that forgets the chrome finish of the previous model.

It also premieres shoes since the Asian brand offers a new 18-inch alloy wheels. The renewed XCeed also changes its look to enhance its personality with LED headlights that maintain the silhouette but modify the interior arrangement of its elements.

Index hide
1 The KIA XCeed GT-line arrives, the great novelty
2 Range of engines for all tastes

The list of trim levels is made up of Concept, Drive, Tech, GT-line. Yes, you read it right, GT-line finish is available for the first time in the crossover range. It is the winning combination in the rest of the Ceed bodies (five-door, Ceed Tourer and Proceed) and it is to be hoped that it will also be widely accepted in the XCeed despite the alleged country character of the model.

The modifications are merely aesthetic, despite its sporty proposal, the dynamic section remains unchanged with respect to the rest of the XCeed’s specifications. After all, the design has been the main purchase argument of the previous model.

Inside you have to take out the magnifying glass to find what’s new. The new interior mirror with a thinner frame than the previous model goes unnoticed and in some finishes the seat upholstery also changes, but the most obvious change is the new steering wheel buttons design. and additional new buttons at the base of the shifter, wrapped in a piano black panel.

In the GT-line the steering wheel has a flattened bottom, uses a new perforated leather gear lever – both manual and automatic versions – and the roof has a new black coating. It also adopts sports seats that are actually very similar to those of the rest of the finishes but with greater lateral support.

As for screens, everything remains the same since the previous model was already well served in this regard. The XCeed 2023 continues betting on a fully digital instrument cluster with a 12.3-inch panel that it has good image quality and that it has received new display themes depending on the selected driving mode.

The multimedia system is updated to the latest version of KIA Connect keeping the 10.25-inch touch screen with a lower part that shows a combination of physical and touch buttons. Have connectivity with Apple CarPlay and Android Auto, connected navigator with seven years of map updates and remote services via smartphone via the KIA Connect app. Additionally, the infotainment system can be linked to a JBL sound system with eight speakers.

Below the screen there is still a module for air conditioning with physical buttons that allows you to comfortably regulate the temperature, turn on the heating or ventilation of the front seats. At the bottom is the wireless charging base for smartphones and next to it a USB-C port has been added in addition to the USB-A and 12V sockets that were already present before.

There are also changes in the equipment that is not seen, specifically in the list of security systems and driving assistants. The most prominent is the smart cruise control assisted navigation. It is an active cruise control that takes into account the navigation data to automatically adjust the speed to the maximum established for each road and to recognize curves and dangerous areas, adapting the speed if necessary.

Being a restyling, the habitability and cargo space have not changed. The rear seats provide a generous space where passengers up to 1.90 m tall will find accommodation. The trunk has 426 liters of capacity (The XCeed PHEV is left with only 291 liters) and can grow to 1,378 liters by folding down the rear seatback divided in a 40:20:40 ratio.

Range of engines for all tastes

The mechanical range of the KIA XCeed 2023 is very varied. In gasoline there are three options made up of the 1.0 T-GDI 120 hp with three cylinders as access version, the 1.6 T-GDI of 204 hp as the top of the range and the 1.5 T-GDI MHEV 160 hp between them. This mechanics with a light hybridization system using a 48-volt lithium-ion battery has an Eco environmental label.

The diesel proposal is represented by the 1.6D MHEV of 136 CV, also with semi-hybridization and Eco sticker, while the clearest commitment to electrification comes from the XCeed 1.6 GDI PHEVa plug-in hybrid with an exclusively electric range of up to 48 km and 141 horsepower.

If there are propellers of all types to choose from, the same happens with the range of transmissions, available according to the chosen engine. KIA offers six- or seven-speed dual-clutch automatic gearboxes and a six-speed manual gearbox with or without iMT system. With this system, instead of a mechanical actuation, the clutch works electronically to allow the vehicle to coast forward (“under sail”).

The XCeed 2023 has received improvements in insulation, including new bushings in the rear subframe that reduce noise and vibrationsa new adjustment of the address to make it faster and new shock absorbers with a setting something more comfortable. They are slight tweaks that do not substantially change what was offered by the previous model, but as a whole it seemed to me that the new one offers a more pleasant driving experience.

There have been no changes in terms of its limited offroad capabilities, the Korean is a crossover that prefers asphalt. It does not offer all-wheel drive or any traction assistance system. Its main advantage is XCeed ground clearance is up to 44mm higher than Ceed hatchback: 172 mm with 16-inch wheels and 184 mm with 18-inch wheels.

Thanks to this, the XCeed offers easier access and exit from the vehicle than in the 5-door Ceed and also a slightly more comfortable ride. However, the hatchback shows more agility and practically the same versatility. Choosing between one and the other will be a matter of taste. The truth is that the KIA customer is not going to have it easy because there is also the new Niro that offers a more rational vision of what a compact crossover should be.

It must be recognized that the XCeed is one of the models that best combines functionality, design and technology. Not much has changed but enough as to suppose a more attractive proposal for the clients. As was the case until now, the Korean crossover is produced in the Slovak factory in Žilina, from which the rest of the Ceed model family and also the best-selling Sportage come from.

The KIA XCeed 2023 is for sale from 20,960 euros Not counting discounts and promotions and is now available at Spanish dealers. As usual in KIA, it is backed by an interesting guarantee of seven years or 150,000 km.

Viva magenta is the color of the year 2023, according to Pantone