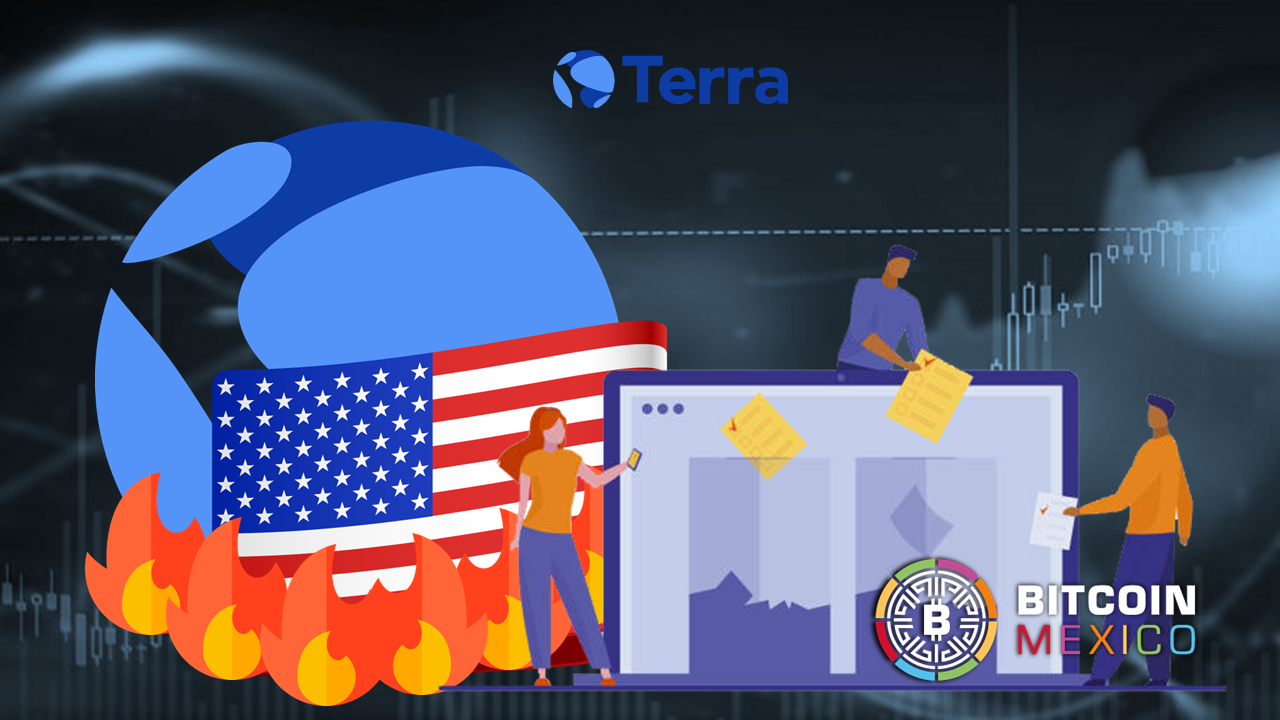 Recently The Terra community voted on Terra Proposal 1747 which proposed to burn 1.388 million UST tokens and the response was virtually unanimous. All with the aim of contributing to the rebirth of Tera (Moon).

Unlike the centralized projects in this one, the community has decision-making power regarding what happens to Terra and its cryptocurrencies. In early May, after his crisis, Do Kwon, founder of Terra, proposed as a solution to absorb the supply of the UST stablecoin.

Index hide
1 Community develops proposal to save Terra
2 Eliminating UST supply was inevitable
3 What are they looking to achieve?

Community develops proposal to save Terra

At the time, Kwon informed the community that the only way UST could regain the 1:1 peg to the US dollar was by burning supply.

Nevertheless, it was the community who they proposed the burning of 1 billion TeraUSD (UST) that was in the Terra community pool and the remaining cross-chain UST on Ethereum.

According to the proposal, this burning would allow “reduce the outstanding bad debt of the Terra economy”and by removing much of the excess supply, it could approach parity again.

This initial proposal was presented on May 12 but did not proceed due to a mismatch in the amount of UST in the common fund and the proposal, and that is why, by May 20, the community elaborated another proposal to proceed with the removal of a portion of the UST offering.

The proposal presented on May 20 has been approved seven days later with 153,644,852 votes in favor of burning the UST supply.

From the moment the UST stablecoin lost parity with the US dollar, falling as low as $0.6 US dollars, but even worse, the community lost confidence.

losing confidence, hePeople began to sell UST massively, which caused the supply of UST to begin to be much higher than the demand, generating downward pressure on the price and making it lose its parity.

If the stablecoin is to be saved, its supply needs to be reduced enough to bring it back to parity, and the community seems to agree with that. given that more than 99% of the 154 million votes supported the proposal to burn While less than 1% abstained and approximately 10,000 voted against the proposal.

What are they looking to achieve?

The proposal is primarily intended to reduce bad debt within the Terra economy, but also to help restore dollar parity by burning UST tokens from the community fund.

1,388 million UST will be burned which is equivalent to about 11% of the existing supply of the cryptocurrency, according to CoinMarketCap.

The burn will be composed as follows:

The proposal explains that “if approved…, the 1,017,233,195 UST from the Community Fund will be sent to the Community Core Burn module”. While, “the 371 million cross-chain UST will join Terra and burn”.

Consequently, Terra and her community are doing everything they can to save the projects. In fact, the vote occurs a few days after the Terraform Labs reactivation plan to relaunch the Terra blockchain and create LUNA 2.0 tokens was approved.

The question is: Will they manage to regain the trust of the crypto community? Or, on the contrary, is there nothing to save?