Bullfrag
Home News Tense climate in Barcelona: Koeman made a drastic decision in the middle... 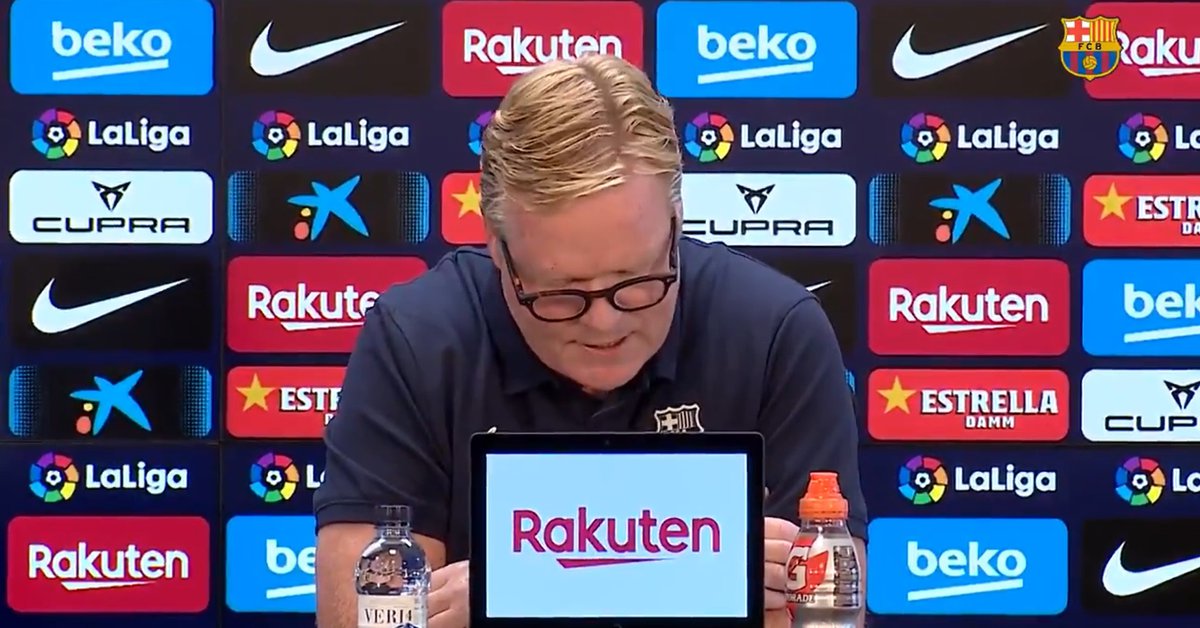 Even though the season has just started, Ronald Koeman’s future in Barcelona is a real unknown. The agonizing equality at home against Granada brought to light old resentments within the institution and it is rumored that President Joan Laporta would have in mind three candidates to replace the Dutchman.

In the run-up to the key duel this Thursday against Cádiz in the New Mirandilla, the technical director surprised everyone present by not accepting questions at the press conference and giving a statement with an express request to the Azulgrana World.

“Good morning to all. The club is with me as a coach in a rebuilding situation. The financial situation of the club is linked to sports, this means that we have to rebuild the workforce without being able to make large financial investments. That takes time. Today’s young talents can be world stars in a couple of years. The good thing is that young people will be able to have opportunities like Xavi and Iniesta had in their day, but patience is required ”, began his story.

Koeman, with his words, sought to make clear what Culé’s objectives will be for this season: “Being in a high ranking in La Liga would be a success. European football is a good school for these young talents. And in the Champions League miracles cannot be expected. The defeat against Bayern Munich must be seen from this perspective ”. Barcelona, ​​in addition to starting with a fall against the Bavarians in the group stage of the Champions League, is in eighth place in the local tournament, a location that leaves it out of the classification for the international competitions next season . After four presentations, he has 8 units, six less than the leader Atlético Madrid.

“In the process in which we find ourselves, the team must be supported, in words and in deeds. I know that the press recognizes this process, it is not the first time it has happened in the history of FC Barcelona. We count on your support in these difficult times. We, as a squad and players, are very happy with the support we had from the fans in the match against Granada ”, concluded the DT.

Read:  Kids in search of fossils found a new species of penguin

These words were given shortly after an interview that he gave to the medium was published. Voetbal International, in which he made a brutal confession about the present of the Catalan team: “Messi has disguised everything.” And then he added: “He was very good and he was winning. Of course he had good players around him, but he made a difference. Thanks to him they all seemed better. This is not a criticism, but an observation ”.

During that talk, Koeman showed himself in a line similar to what he expressed in a press conference, as he stated that “I don’t think it’s great to lose against Bayern Munich either. But you have to see it in a sober way ”.

“The coach who loses is always tactically outmatched by the coach who wins. Was it for a penalty against in the last minute, and have you been better during the 90 minutes? That is a tactic, “he said ironically.

It is worth noting that the technical director resigned his position in the Netherlands National Team to put on the Barça diver. During the interview he stressed that he does not regret his decision: “Even knowing how difficult the situation in Barcelona is, I would not have wanted to do it any other way.”

Crisis in Barcelona: Laporta has in mind three candidates to succeed Koeman

Barcelona suffers the departure of Messi: he finished with Piqué of ″ 9 ″ and a lapidary statistic against Granada

Apple rejects the Facebook gaming app on its App Store