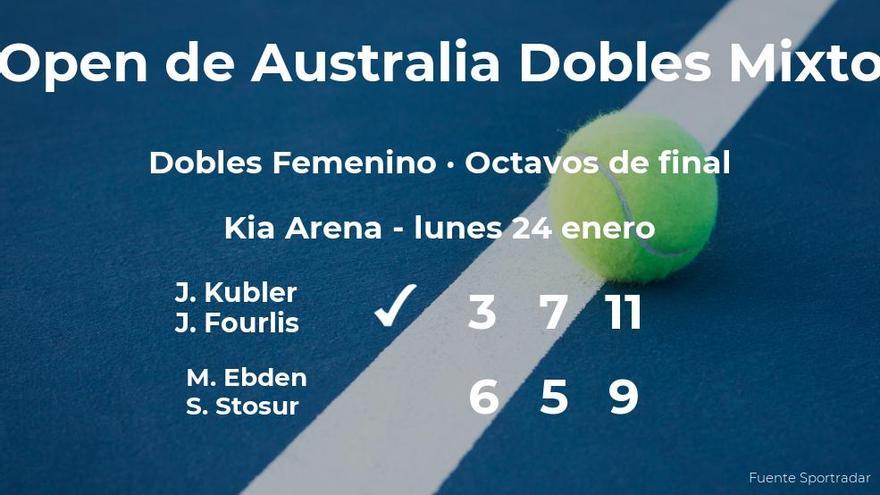 The losing couple managed to break their rivals’ serve 3 times, while the winners, for their part, also did so 3 times. Likewise, Kubler and Fourlis had a 73% effectiveness in the first service, they committed 2 double faults and got 63% of the service points, while the effectiveness of their opponents was 74%, they made 2 double faults and achieved 63% of the points on serve.

During the quarterfinals Kubler and Fourlis will play against the American players Rajeev Ram Y Sanya Mirza.

the tournament of melbourne (Australian Open Mixed Doubles) takes place between January 17 and 30 on an outdoor hard court. During this competition a total of 32 couples face each other.