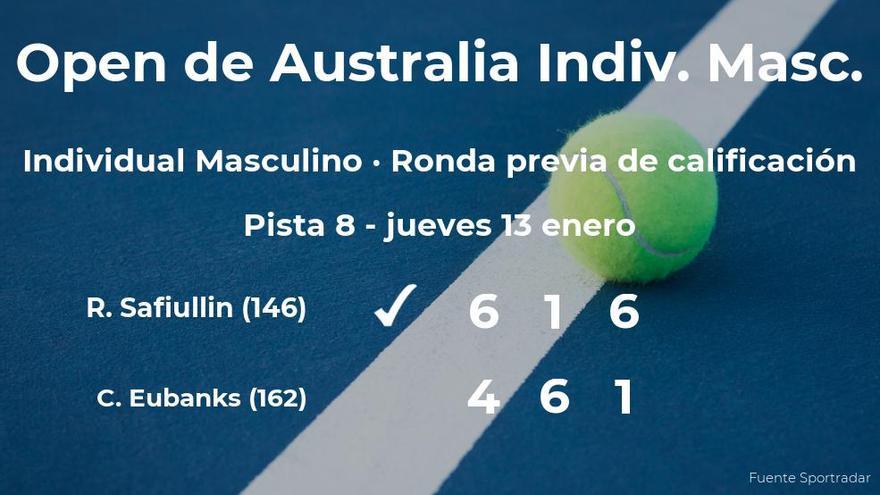 Russian Roman safiullin, number 146 of the ATP, fulfilled the predictions by winning the qualifying round of the Australian Open in one hour and thirty-three minutes by 6-4, 1-6 and 6-1 to Christopher Eubanks, American tennis player, number 162 of the ATP. With this triumph, the Russian tennis player manages to add new points to his ranking to enter the Australian Open.

The tournament Melbourne (Australian Open Indiv. Masc.) includes a preliminary phase where the players with the lowest rankings face each other to obtain the highest possible score to enter the official championship with the rest of the rivals. During this specific phase, a total of 128 players participate. Likewise, it is celebrated between January 9 and 30 on an open-air hard court.