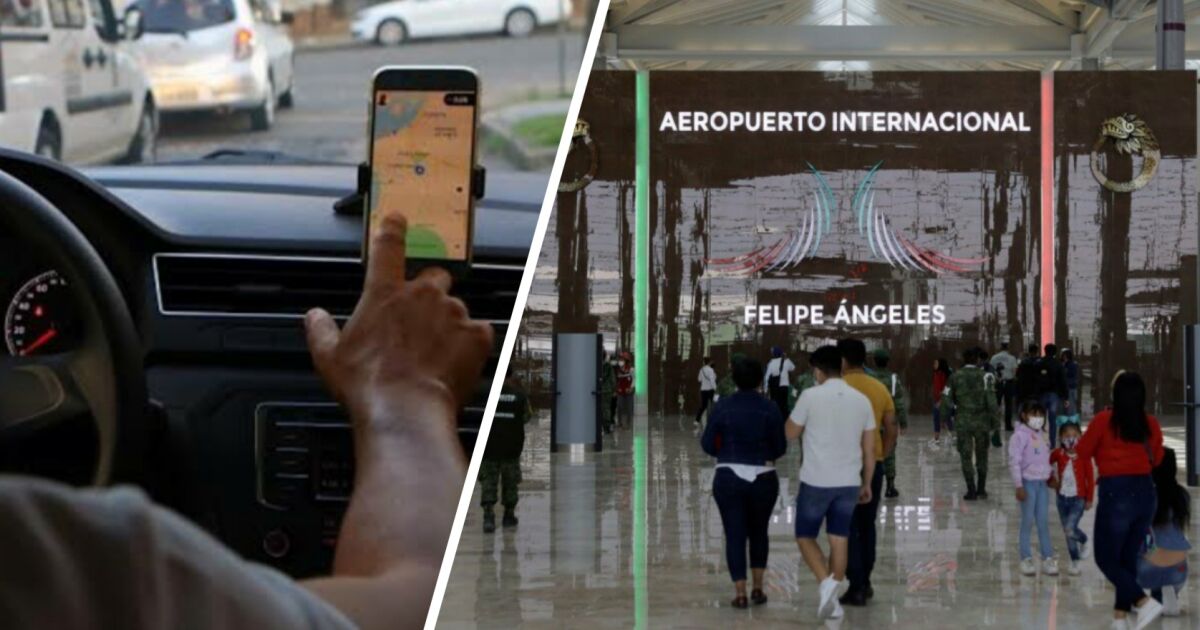 After dropping off the passenger, the driver tried restarting the app to see if he could accept another ride nearby. But he couldn’t restore the signal. Because of that, he couldn’t use a browser to get out of there either. He looked around and saw no one. “It looked like a ghost town,” he says.

It was almost 7:00 pm, so he decided to hit the road before it started to get dark. But he says that it was very difficult for him to leave the area. “Although the road to there was very cool, with its four lanes, it is still not well signposted.” He followed the signs that said ‘Mexico’, but without knowing how he got to the Circuito Exterior Mexiquense. “I almost made it to the Querétaro booth,” he says.

After taking a detour to Zumpango, State of Mexico, and walking several more kilometers, Nelson managed to return home. “I felt sorry for having accepted that trip.”

His experience contrasts with that reported by several officials on the day of the inauguration of the new airport, almost two months ago, on a holiday. “Today, March 21, it is 8:16 a.m. in the morning, we are heading to the Felipe Ángeles Airport in Santa Lucía, flown to Santa Lucía,” said Luisa María Alcalde, Secretary of Labor and Social Welfare, in a video posted on their social networks. After a cut for editing she follows the video. “9:16 a.m. One hour from Narvarte (in CDMX) to the Felipe Ángeles International Airport,” concluded the official.

Read:  Real Potosí will host Universitario (Sucre) for the final

That video came up in the conversation with Nelson. “But try to do the same time on a Friday fortnight at 6:00 pm, it will take two hours” says the taxi driver. “You are not going to have the same luck as those who went to the inauguration,” adds the driver.

Two weeks after Nelson’s first trip to AIFA, the head of the Ministry of the Interior, Adán Augusto López, announced that the Federal Government had agreed with the airlines move 100 operations from the saturated Mexico City International Airport to the new AIFA. All charter and domestic cargo flights will move immediately, while Aeroméxico and Viva Aerobus will migrate some of their routes after the summer.

This does not necessarily mean an opportunity for Nelson or for the 200,000 drivers who work for the platform, since taxis by application such as Uber, DiDi, Beat or Cabify will not be able to pick up passengers in Felipe Ángeles, since it is a federal zone.

This restriction, announced by Isidoro Pastor Román, general director of the air terminal, is one more reason mentioned by Nelson for not accepting new trips to AIFA. “Yes, we can enter to leave a ticket, but we cannot pick up anyone. And well, that doesn’t suit us because you come back empty,” says Nelson.

-If another passenger requests a new trip to AIFA, what will you do?
I think I don’t have it. I will not do it again.