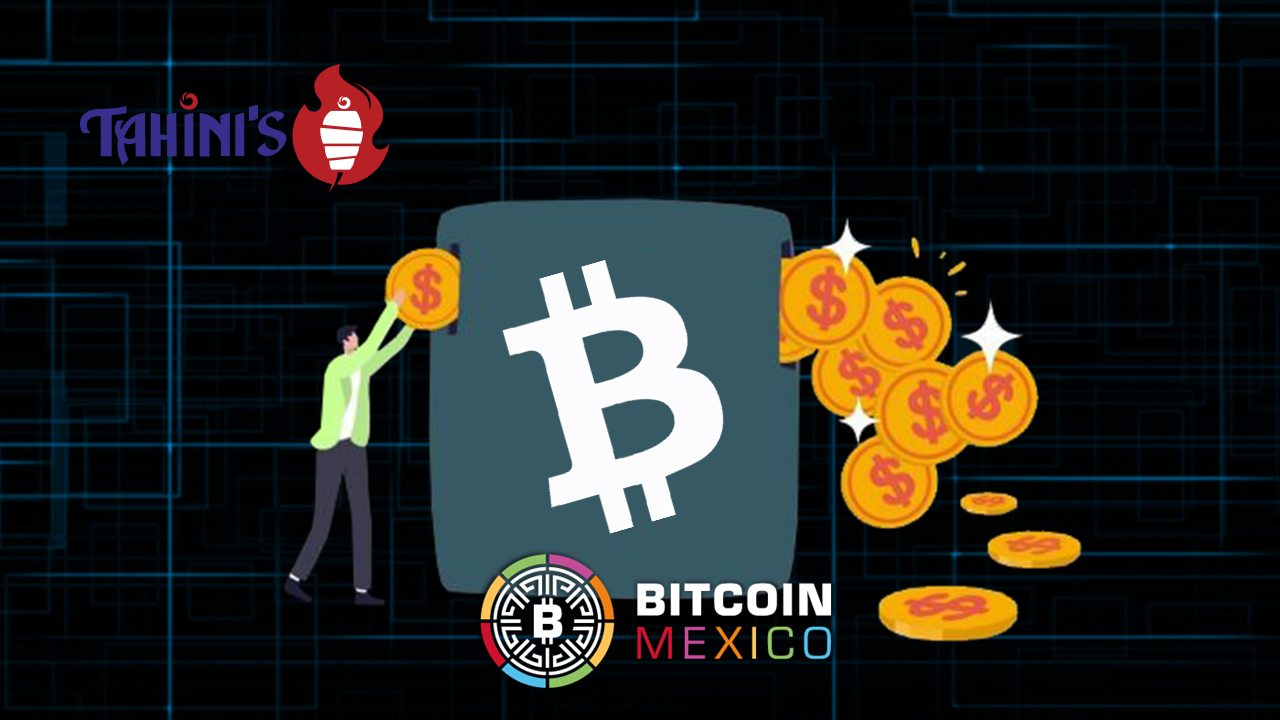 They say that cunning, aim for success and business vision are skills that few people have, the kind of people who clearly see where they want to position themselves in their future and are defined by how to make the most of any of the many possibilities that offers a market and that by deciding to act firmly they achieve the fulfillment and realization of their initial purposes.

This seems to be what inspired the family restaurant chain Tahinis of Canada, It became part of gastronomic history when in August 2020 its owners decided invest your reserves of money in Bitcoin.

This decision was influenced by rising inflation and looking to find a refuge, the restaurant owners decided to bet on Bitcoin and one year after making this decision, their investment has grown more than 400%.

“We have risen, to date, 460% on our initial investment and we have not stopped there, we will continue to sweep the excess profits in bitcoins. We even bought the maximum [del precio de abril de 2021] And then we turn it all down, and we keep buying month after month. So it has worked like a charm for us ”, stated the marketing director of Tahinis, Aly Hamam,

The owners of the company did not reveal exactly how many bitcoins are in the chain’s general account at this time, but they did state that in the last year they received about $ 8 million in sales and they invested all this amount in the first cryptocurrency.

Strong reasons to opt for Bitcoin

According to the Central Bank of Canada the The level of inflation has reached 5%, this growth has also caused the purchasing power of money to decrease, causing a rapid increase in the prices of the list of ingredients that the restaurant uses in its dishes.

According to Ali Hamam, poultry rose 45%, beef 25%, imported products and spices 65% and oils 110%, but the Bitcoin is helping to tackle this problem in which fiat currencies are losing their value and that is being noticed worldwide.

Another reason that prompted them to decide on cryptocurrency was the prevailing way of life during times of pandemic, where it was normal for people to be afraid to go out to eat. For Tahinis, just as they were trying to expand their business, these were difficult times in which they had to lay off a lot of people.

Read:  Jüsto arrives in Brazil and expands its presence in Latin America

In addition, This expansion plan also faced another obstacle, the aid programs offered by the Government of Canada.Because people made more money by staying home and did not need to go to work.

“Suddenly, we went from an economic crisis to that everyone had a lot of money, including us. Our cash reserves swelled and business was booming again. “, noted the company.

This scenario in which there was an excess of cash circulating, they analyzed it and realized that very soon that cash would have much less value.

Study Bitcoin to know its advantages

One of the owners of the restaurant became interested in the topic of cryptocurrencies and for this reason he addressed the subject through various texts, such as The Bitcoin Standard, by Saifedean Ammous, The Price of Tomorrow, by Jeff Booth, and articles from Plan B (Twitter @ 100trillionUSD). At the same time, he took steps to acquire bitcoins personally, and after listening carefully to opinion leaders of the crypto ecosystem, such as Trace Mayer, Peter McCormack and Anthony Pompliano, he changed his perception about the cryptocurrency.

“I see Bitcoin as a true free savings technology that stores wealth across time and space. And I realized that right now the musical chairs are being played and the music will stop and some people will be left out“, said.

The CEO of Tahinis, Omar Hamam confirmed that having been able to turn the situation they suffer in their favor has been an example for other companies in the gastronomic field and that is why it is attracting more investors, and affirms that the search for franchises of restaurants is growing. Currently, they operate 4 corporate locations and are about to open 3 franchise locations in Ontario.

“We had more people signing up for franchises after COVID than before COVID. This is proof that any company, regardless of size, can benefit from Bitcoin.“, said Omar hamam to Insider.

Among the qualities or attractions that have made bitcoin one of the most popular cryptocurrencies, is its virtue of protecting against inflation, and in Tahinis this cryptocurrency is already part of its financial menu.