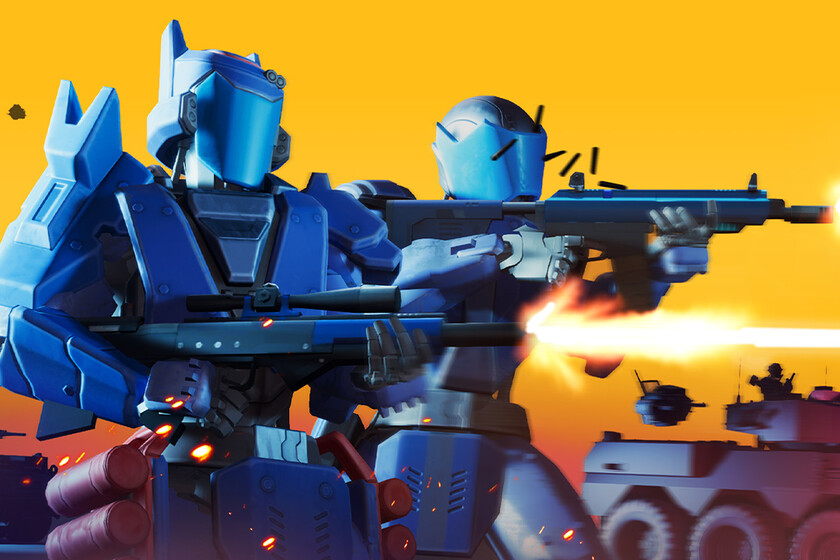 If you like shooting games and you enjoy a high difficulty, very attentive, because we already have a release date in early access for Synthetik 2. This sequel to the original game released a few years ago promises to be even tougher than the first, and that is saying. Synthetik 2 will once again be a roguelike shooter with isometric view and lots of action.

The indie studio Flow fire games has announced that Synthetik 2 will be out in early access next November 11 on Steam. To celebrate, he has released a new trailer focused on the history of the game, which will confront us with a “world invaded by the relentless Legion of Machines”. Our goal will be to end all of them, although it will not be easy.

The original is a game really difficultEven somewhat unfair to the player at times, but the “Extremely Positive” reviews on Steam are a good testament to its quality. He will not forgive us again: we can hope that the death is habitual and we will have to arm ourselves with patience with our different runs. The game repeats its complex shooting system and we will have to be fine in the use of weapons or we will pay for it.

Among the novelties of the sequel we find new rules, new technologies, factions and new character keys. There will also be a progression system that will favor replayability, according to the study. In addition, and it is something that is obvious, the graphics have been improved compared to the original delivery. The technical advances will also be noticed in the mechanics.

Something curious is that Flow Fire Games claims that it has introduced headshot “for the first time” in games with this type of view. Regardless of whether this is true or not, what is clear is that Synthetik 2 will once again reward the player if he plays well, skillfully using the different mechanics. What does seem clear is that we will have again many shots and violence.