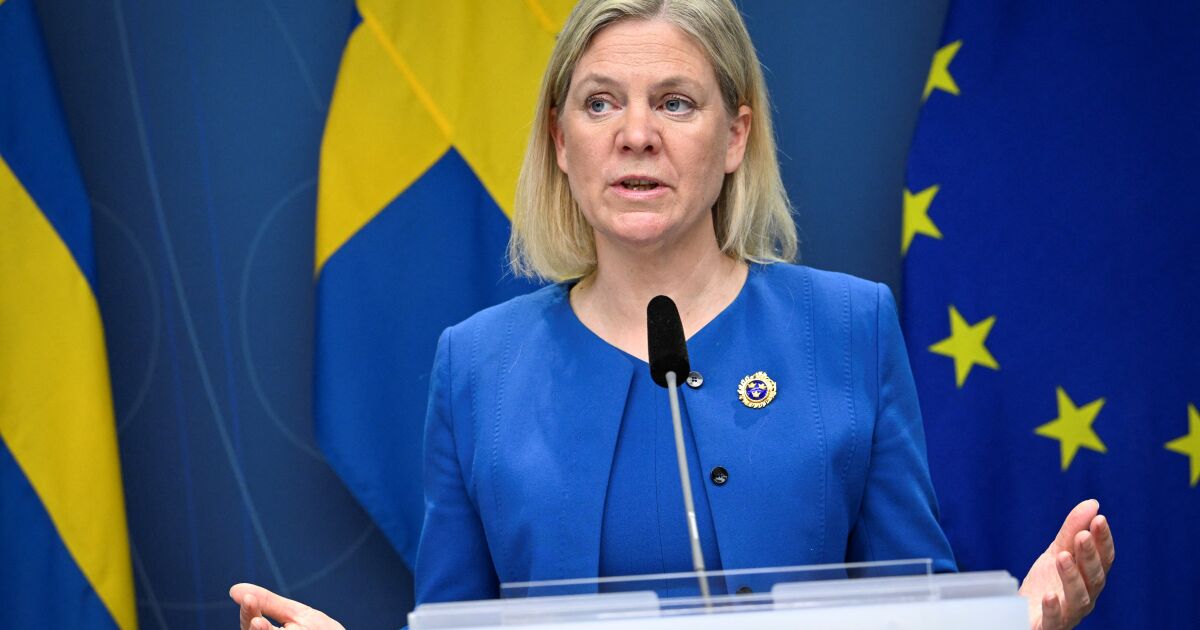 Sweden hopes to gain entry within a year at most, the chief executive said, at a time when NATO is trying to appease some last-minute reservations expressed by Turkey.

The new members need unanimity and ratification in the parliaments of the countries that already form the military alliance.

Meanwhile, this Monday Russian President Vladimir Putin stated that the entry into NATO of Sweden and Finland does not represent “a direct threat”, but warned, however, that Moscow will react to the deployment of “military infrastructure” in those Nordic countries. .

The Swedish prime minister held meetings with the leaders of the parliamentary parties, to verify that she has a large majority.

After the historic decision taken on Sunday by the ruling Social Democratic party, six of the eight parties represented in the chamber declared themselves in favor of joining NATO.

This represents a theoretical majority supporting the accession of 304 Swedish deputies out of a total of 349, ie more than 85%.

Sweden’s decision is clearly influenced by the Finnish candidacy, Andersson acknowledged before Parliament.

Since the Russian invasion of Ukraine, Finland has taken the lead and Sweden has trailed behind.

If Sweden were to become the only non-NATO country in the Baltic Sea area, with the exception of Russia, it would be “in a very vulnerable position,” Andersson said.

Only the members have the protection of NATO and not the candidate countries, which led both candidates to request security guarantees from several countries of the Alliance.

Read:  The US Government sees lower inflation and will give more support to NATO in 2023

Other Nordic countries such as Norway, Denmark and Iceland, which are already members of NATO, promised on Monday to assist Sweden and Finland.