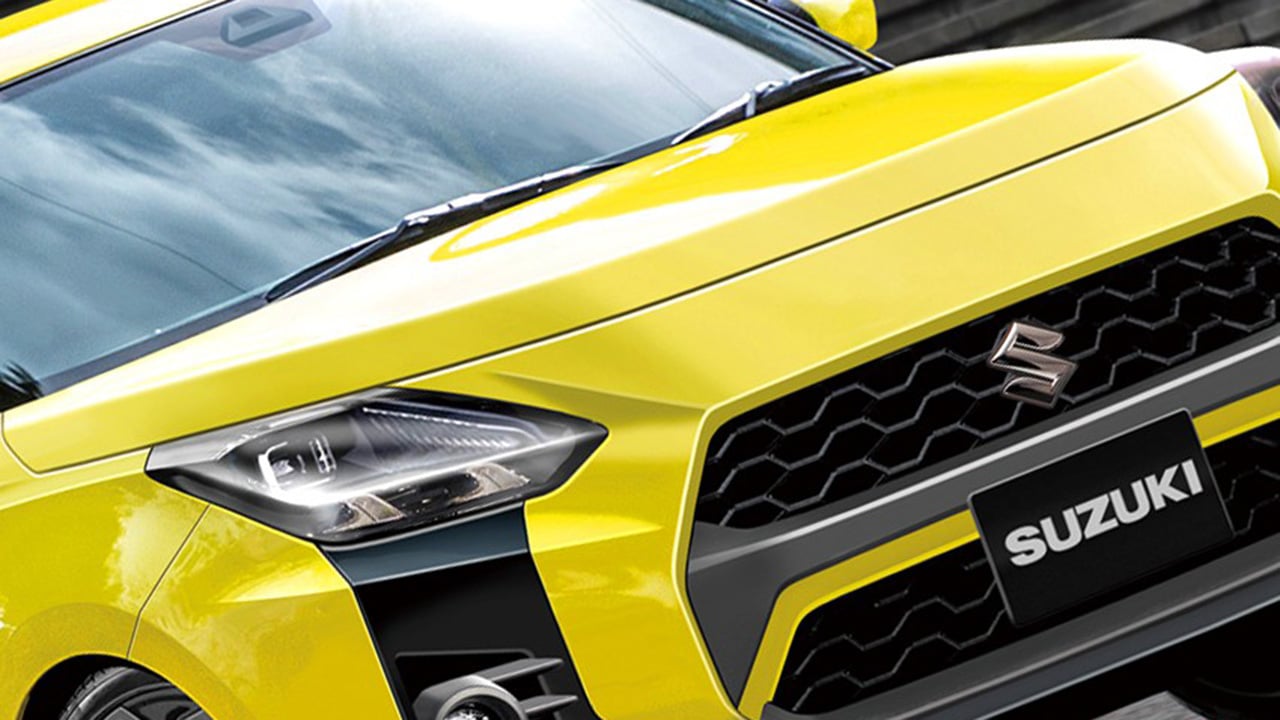 The new Suzuki Swift Sport 2024 will burst onto the scene with the aim of establishing itself as a benchmark in the elite category of sports utility vehicles. The Sport variant of the Suzuki Swift will have continuity and will debut a new generation. A generation of which we advance the first keys.

suzuki continues to work at full capacity in the process of developing the new generation of its fireproof and popular utility vehicle. The Suzuki Swift will soon release a complete renovation. A generational change that will allow you to catch up in terms of design, technological equipment and at a mechanical level. It is one of the main novelties of Suzuki for 2023.

Just a few months ago the new generation of the Swift was photographed during a test session in southern Europe. A sighting that came to confirm some of the information that had been circulating for a long time. However, and to date, there has been no sighting of the Sport variant. Now, this does not mean that the Suzuki Swift Sport be sentenced. On the contrary, its continuity is guaranteed.

Suzuki Swift Sport 2024, the keys to an expected renewal

The brand itself has confirmed that there will be a new generation of the Swift Sport. A model that, logically, will be based on the new Swift. However, it will be hard to get and it will take a little longer to see the light. Perhaps, it may be related to that absence of sightings. But, beyond this issue that is trivial, we must echo new information that has come to light in Japan.

A specialized media has published an interesting report that allows you to discover some of the keys to the new Swift Sport. The first issue to highlight is the fact that this model is being developed on the HEARTEC platform by Suzuki. A platform that will receive several adjustments in order to improve not only in the security section, but also in terms of dynamics.

The new Swift Sport will be a quickly recognizable model. It will undergo a small aesthetic evolution compared to the model that we can currently find in dealerships. It will sport several differentiating features to distance itself from the Swift. The bumpers and side skirts will be specific. It will also equip a new roof spoiler. In addition, the combination of the body color with certain components in black will help create a sports car contrast. Not to mention the new alloy wheels.

Suzuki Swift 2023, what is known and what can we expect from the new generation

One of the main hallmarks of the Swift Sport is the fact that it is a pocket sports car. Something that will be maintained in the new generation. It is expected that it will not exceed 4 meters in length and that the weight will be below one ton.

Under the hood, according to this new information, there will be no surprises. there will still be a 1.4-liter four-cylinder petrol engine. This engine will be electrified with 48-volt mild hybrid (MHEV) technology and it will be tweaked to not only improve performance, but also efficiency. The power will grow to 130 hp and can be associated with a manual or automatic gearbox, both with six speeds. Always front-wheel drive.

When will it be revealed? The debut of the new Swift Sport is set for October 2023. About half a year after the new Swift enters the scene. It will arrive at European dealerships as a 2024 model.