Surprise! -MINI is already working on his new SUV, a model that will have a lot of BMW X1 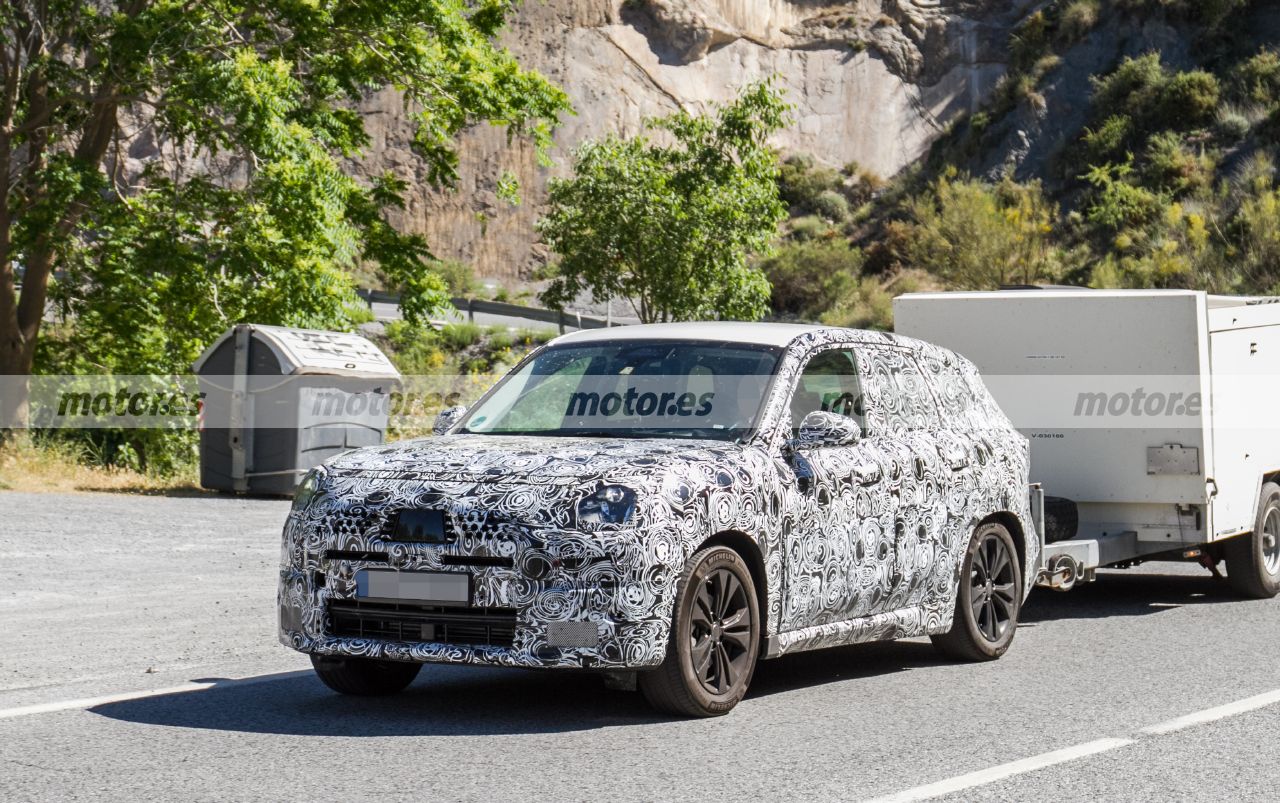 The MINI brand has launched all the machinery to carry out the development process of its new SUV. An SUV of compact dimensions related to the new BMW X1 and that is called to play a leading role. Our spy photographers have hunted for the first time this future model of MINI whose name is unknown.

The BMW Group has established an ambitious strategic plan with which to completely transform the brand MINI. This iconic British firm, in addition to accelerating its transition process towards electric mobility, will enrich its product offering with never-before-seen models. And it is that, a long time ago that the MINIs stopped being mini-sized cars.

The surprise has jumped. In broad daylight an enigmatic test mule has been sighted. A vehicle whose entrails hide some of the keys to the brand’s next launch. MINI is already working on its new SUV. A larger vehicle than the current and successful MINI Countryman and that will allow it to strengthen its focus as a global company. An SUV with which truly storm the competitive C-SUV segment.

Spy photos of the new compact SUV from MINI

At first, certain sources pointed out that we were dealing with an old test mule of the new BMW X1 that has recently debuted. However, it is somewhat illogical since, once presented, it makes no sense to continue using a primitive test mule instead of opting for the hundreds of pre-production prototypes available to BMW.

There has also been speculation that it was a test mule related to the new MINI Countryman. Another option that we can quickly rule out since the new Countryman, currently in development, is smaller and prototypes close to the future production model are already in circulation and will eventually reach dealers.

Read:  Stellantis will buy the car-sharing company of Mercedes and BMW

Therefore, at this point, we only have one plausible option left on the table. And we are facing one of the next SUVs that MINI will add to its range. More specifically, the long-awaited compact SUV from MINI as an alternative to the BMW X1, Volvo XC40, Audi Q3 and DS 7 Crossback. A model that will be key for MINI to improve its position in markets as relevant as the United States or China.

Despite all the camouflage that the test mule presents, if we look closely at the spy photos that illustrate this article, we will realize that the front half is typical of MINI while the rear half of the vehicle is associated with the aforementioned model of BMW.

The first MINI made in China

Another of the determining keys of this new model, whose development is in an initial state, is that it will bear the “Made in China” seal. It will be the first MINI to be manufactured in China. A series production process that, predictably, will be managed by a joint venture of the BMW Group with Great Wall Motors, one of its local partners. Now, we must not rule out that, in addition to China, it is also manufactured on European soil. In any case, this decision is a declaration of intent.

“Working on Xbox Series S was a great challenge”, detail the developers of Scorn