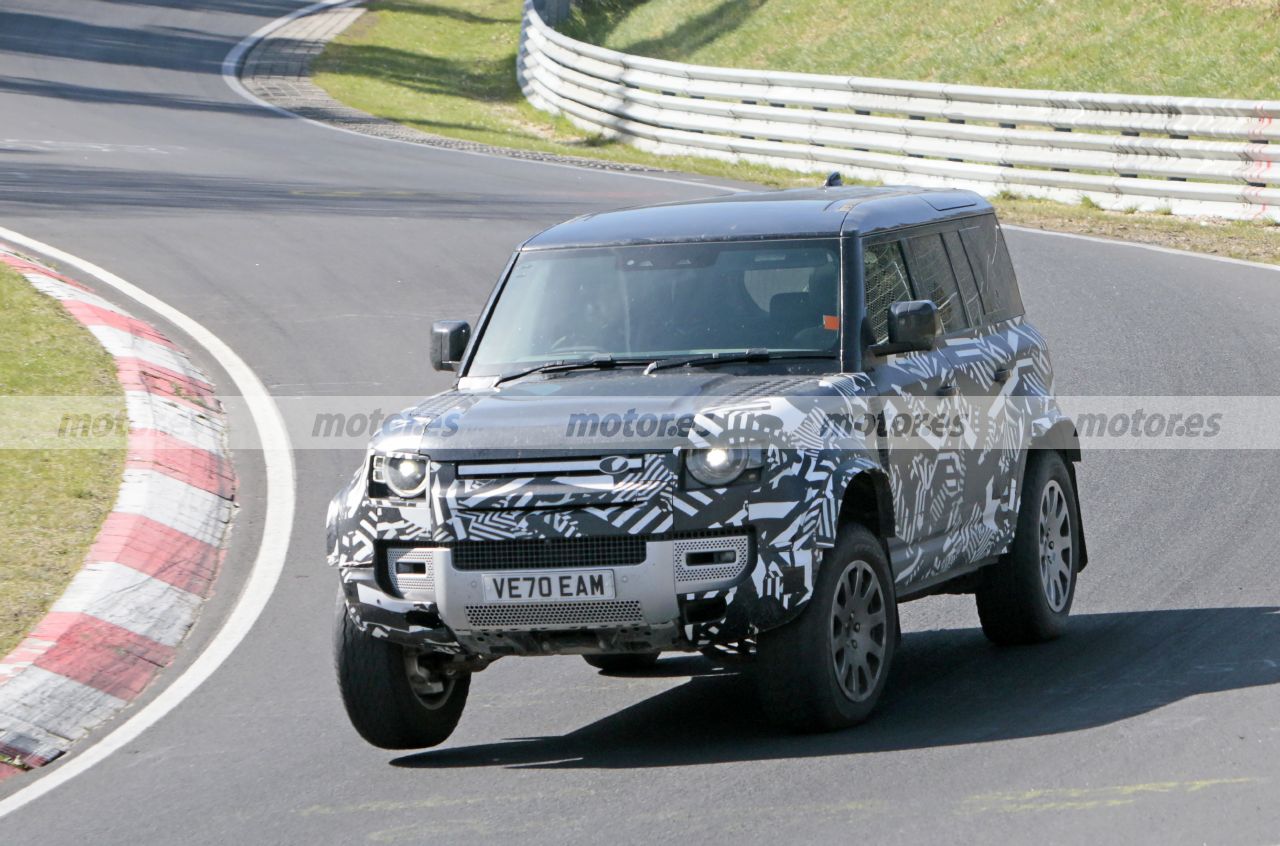 The British brand was heavily criticized when it presented the Defender V8 as the top of the range of the reinterpreted off-roader. Now, these spy photos show a mule of the future Land Rover Defender SV 2024, a development that Bowler specialists are behind and that has begun to take shape at the Nürburgring.

For sale in the three-door variant, the Land Rover Defender V8 was presented as the icing on the range of the modern reinterpretation of the off-road vehicle transformed into an SUV, a presentation that put the British brand in the pillory because it was not accepted that this version was the sportiest of the entire Defender offer, but rather a more option. In fact, many wondered the purpose of Bowle’s absorptionrthe British preparer specialized in the most radical transformations of Land Rover.

A demand that, clearly, has reached those responsible for the firm who have already given the go-ahead, and the green light for production to which it aspires to be the true top of the supply, the Defender SVR. Development has begun to take shape at the Nürburgring circuit, as these spy photos in which you can see one of the mules of the five-door Defender 110 V8 variant. Compared with this model, the differences are abysmal adding an important extra of aggressiveness.

The mule of the new Land Rover Defender SV 2024, shelled in detail

The mule, which was registered last year 2020, has undergone important modifications. Seen from the front presents higher ground clearancewith a very different bumper with a special protection for off-road driving in the central part, with smaller air intakes flanking the license plate, and with a shell that leaves the headlights in a slightly more rearward position. This extra protection extends to the sides, with new fins that add more pronounced wheel arches in the purest style of the G-Class, which is also a evidence that the front and rear tracks have been widened by a few extra millimeters.

Read:  Triumph of Nick Cassidy in Spa, with Sheldon Van der Linde as the moral winner

Another clue is the new suspension with increased travel of the springs and shock absorbers, which indicates that this structure has been replaced not only to offer a more radical dynamic behavior on asphalt, but also to face the most difficult situations in other scenarios. Even the rims are different, with more surface hiding some large and powerful brake discs, or tires, more suitable for rolling off the asphalt what about this. In the rear it even has special fins typical of Bowler preparations.

A complete series of additions that we have not seen in any of the sighted prototypes of the different Defender units, and that clearly tip the balance towards a much more radical version in every way, that of the Defender SVR 2024. However, the four exhausts grouped in two pairs that can be seen at the back confirm that the engine is under the hood BMW 4.4-litre twin-turbocharged V8so the 525 hp offered by this version will increase to a maximum, estimated, between 550 hp. Enough not to step on the ground of the older brothers, but with the important extra of a weight cut in key areas which will allow for higher performance.