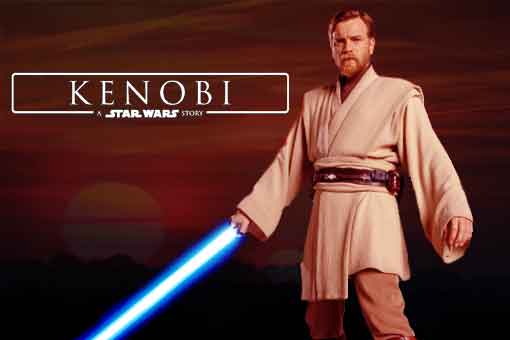 Facebook
Twitter
Pinterest
WhatsApp
Index hide
1 Actor Sung Kang, who is recognized by Fast and Furious, is preparing for his role in the upcoming Disney + and Lucasfilm series Obi-Wan.
1.1 The return of a character

Actor Sung Kang, who is recognized by Fast and Furious, is preparing for his role in the upcoming Disney + and Lucasfilm series Obi-Wan.

Obi-Wan Kenobi will be one of the following productions that Lucasfilm, generating the universe of Star wars, do in alliance with Disney +. Since the alliance between the studio and the streaming platform, several major titles have been released. The last season of Clone wars, The Bad Remittance Y The Mandalorian opened the account of the agreement. These three products have been very successful. In fact, the latter has not only been critically acclaimed, but for much of the audience, it is the salvation of the Skywalker Saga.

It should be noted that in addition to the good reception, the delivery of two seasons was the first live-action series of the franchise. For its part, the premiere is already scheduled at the end of this 2021 of The Book of Boba Fett, which will be derived from the previous one.

However, despite having a long list of projects for the next few years, the one based on the teacher of Anakin it is one of the most anticipated. The return of Ewan McGregor in the leading role and of Hayden Christensen, What Darth vader, cheers up the fans in a big way.

In turn, another striking factor in this production is the presence of the actor Sung kang. Famous for playing Han in the series Fast and furious, is now preparing to welcome himself into the Star Wars universe.

Although not much is known about the plot, it is assumed that the story will be between episodes III and IV, explaining Vader’s rise to power and the exile of ‘Ben’ Kenobi. There will surely be cameos from other epic characters.

The return of a character

However, in the case of Kang it will not be a character from the films who awaits him, but one who has already appeared in an animated series.

On Star Wars: Rebels appear the inquisitors and within the group is The Fifth Brother. This would be the being that the performer of Asian descent would bring to life. The villain, along with The Seventh Sister, receive orders from Darth Vader to execute the jedi who have survived the Order 66.

In accordance with Screen rant, medium that advanced the information, “Inquisitors in Star Wars canon were former apprentices of Jedi who turned to the dark side of the Force through torture and were used by the empire to hunt down and execute the Jedi remaining”.

Under the direction of Deborah Chow and the production of Kathleen kennedy, Obi-Wan It will premiere in 2022 on Disney +.