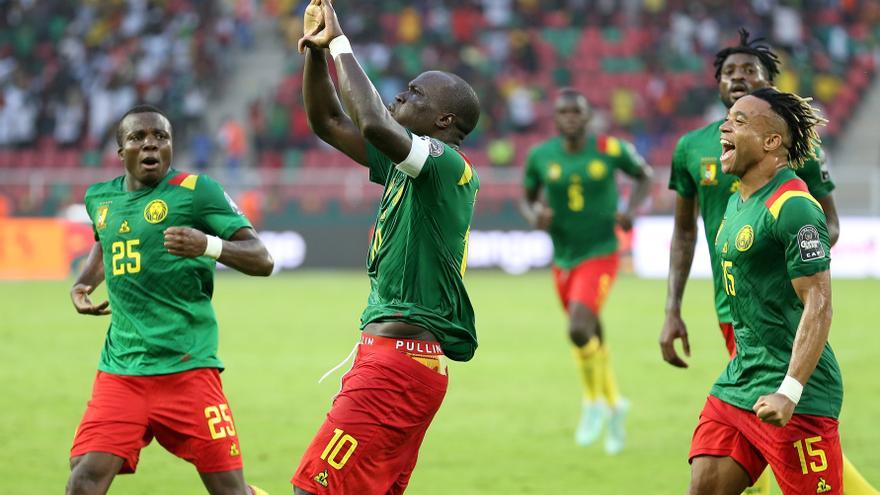 A brace in three minutes by Vincent Aboubakar along with another by Karl Toko Ekambi led to the victory against Ethiopia from Cameroon (4-1), which practically puts the host in the round of 16 of the 2021 Africa Cup of Nations.

The squad led by the Portuguese Toni Conceicao added their second victory in the tournament after beating at the Stade D’Olembé a rival that conceded a new setback after the one suffered on the opening day of Group A against Cape Verde.

Cameroon had to come back from their rival’s opening goal that took the lead after four minutes through Dawa Hotessa. The ‘indomitable lions’ responded quickly and in minute 8 they managed to equalize through Karl Toko Ekambi.

The goal of the Lyon striker calmed down Cameroon who cornered Ethiopia but without success. Webetu Abate’s team resisted until halftime.

It was Vincent Aboubakar’s determination that made the difference. The Al Nasr Riyadh attacker, a former Porto player, scored two goals in three minutes. In 53 he undid the equalizer and in 55 he widened the lead.

Aboubakar has already accumulated four goals in two matches in the tournament and is established as the top scorer in the African Cup. It was Ekambi who rounded off the home win with the fourth goal in the 68th minute. Cameroon leads Group A with six points, three more than Cape Verde that faces Burkina Faso to complete the second round of the quartet.