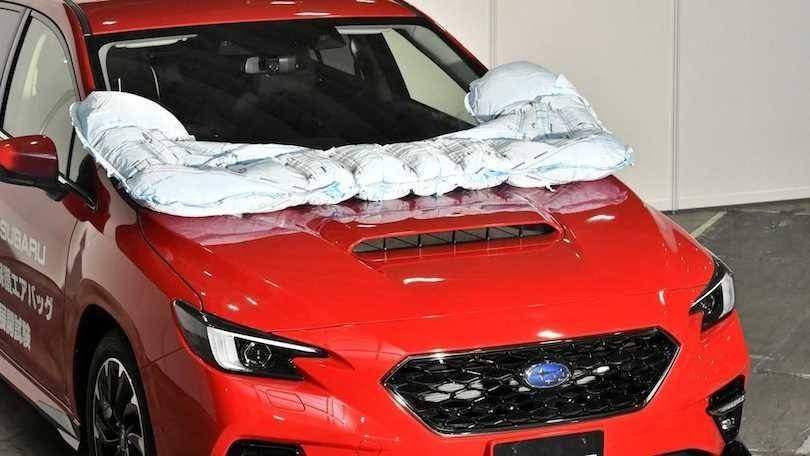 Specific designs and special systems are just some of the requirements that have been applied to the new models to meet pedestrian safety regulations. Subaru will offer an airbag for pedestrians and cyclists in Japan, which may be brought to Europe in the future.

For years, designs have been governed by road safety regulations for the protection of pedestrians and cyclists. More vertical and flatter designs accompanied by pyrotechnic systems capable of raising the engine hood to prevent pedestrians from falling onto the windshield.

This is one of the most critical and most damaging areas in a traffic accident, capable of turning the injured person over and aggravating his damage even more. In Japan, quite unlike in Europe, special protection systems that are deployed outside are allowed, such as the new airbag that Subaru safety experts have developed, and that they will mount on board the Subaru levorg.

Index hide
1 The Japanese Subaru Levorg will feature a pedestrian airbag
1.1 Double front airbag will be mandatory in all new cars in India

The Japanese Subaru Levorg will feature a pedestrian airbag

But only in units destined for the country of the rising sun. The new airbag is housed in the base of the windshield, automatically deploying to the entire area near the A-pillars when sensors on the hood detect high pressure, so will not deploy if the impact is weak or if the speed of the Levorg is very low.

The system on board the Levorg is not entirely new. The Swedes of Volvo already developed a pedestrian airbag housed under the hood that protected pedestrians, in collisions with a speed between 20 and 50 km / h. The automatic transmission giant also demonstrated its experience in the field of safety, conceiving an airbag that occupied the entire side of the vehicle.

READ:  Chery's project in the US vanishes and leaves distributors stranded

In fact, it was a large bag equivalent to eight driver’s airbags occupying the area between the windshield pillar and the C-pillar, deploying from the side sills. The last great novelty came last year 2020 in the EuroNCAP security protocols, with the unprecedented central airbag for rear passengers, available from Hyundai and the new Mercedes S-Class, in which the airbag functions as an inflatable seat belt.