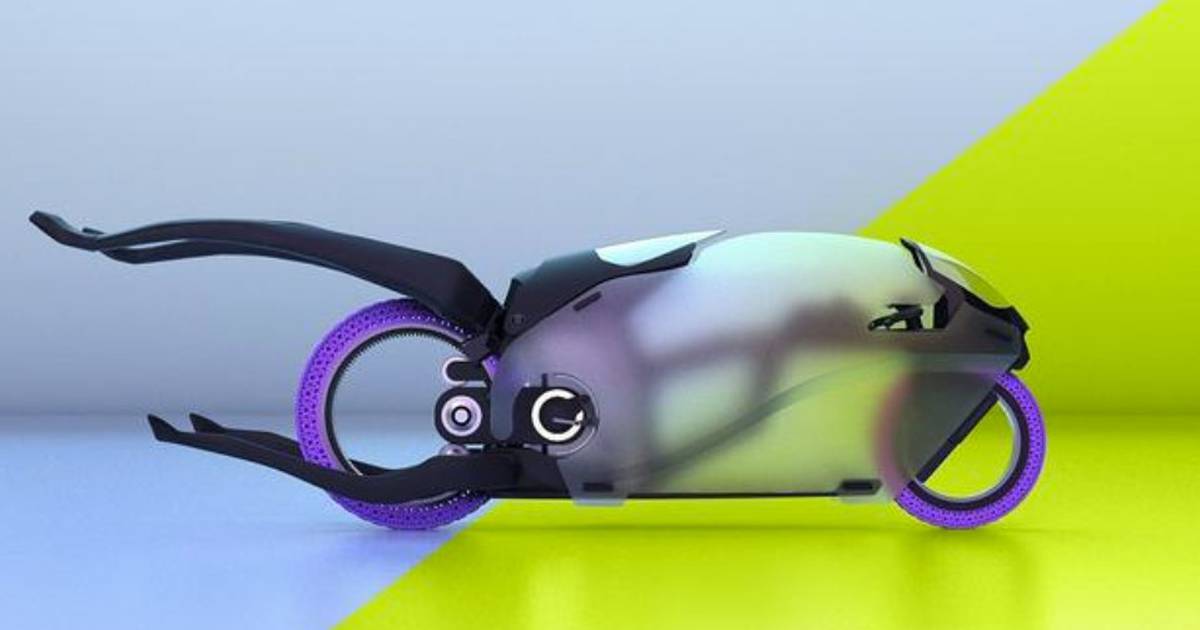 Many critics of motorcycles continue to demand that manufacturers develop more safety measures for these vehicles. In search of offering a safer, a student in Peru has created a motorcycle with an accident protection system.

But jonathan bulnes, an Industrial Design student at the Universidad Privada del Norte (UPN) not only thought about the physical integrity of the pilots, but also about the well-being of the Earth. His new motorcycle baptized as Squid Bike has a hybrid system, which helps reduce fuel use.

This Squid Bike features a roll-over system that protects the driver from serious damage in the event of an accident, as highlighted in the Andean Agency report cited on the website of Trade.

The report adds data from Peru on motorcycle accidents, recurrent as it is one of the vehicles with the highest rate, normally exceeding 80 kilometers per hour. According to the Traffic Accident Prevention Division of the National Police, more than 584 motorcycle accidents were recorded in 2021, which caused 96 people to die.

Protect the user and the planet

Jonathan Bulnes, the UPN researcher in charge of the Squid Bike project, highlighted that, although it is a vehicle with an electric motor that reduces fuel use, it maintains a fast displacement.

As for specifications, the design of the bike seems to be in the shape of a squid. It has a 360° anti-roll system, located at its extremities, which activates when it detects a sudden change in speed or vibration.

The bike has tires with a toroidal structure, which create resistance to strong impacts. The side parts of the vehicle can be removed, improving its aerodynamics of the device and protecting the driver.

Read:  Linux does not need antivirus or firewall, myth or truth?

Bulnes added that the Squid Pike collaborates with the environment by reducing greenhouse gas emissions: “Using a vehicle with an electric motor reduces the generation of CO2, the main contributor to global warming”.