Bullfrag
Home Health Strengthen your legs with just a kettlebell or kettlebell and these five... 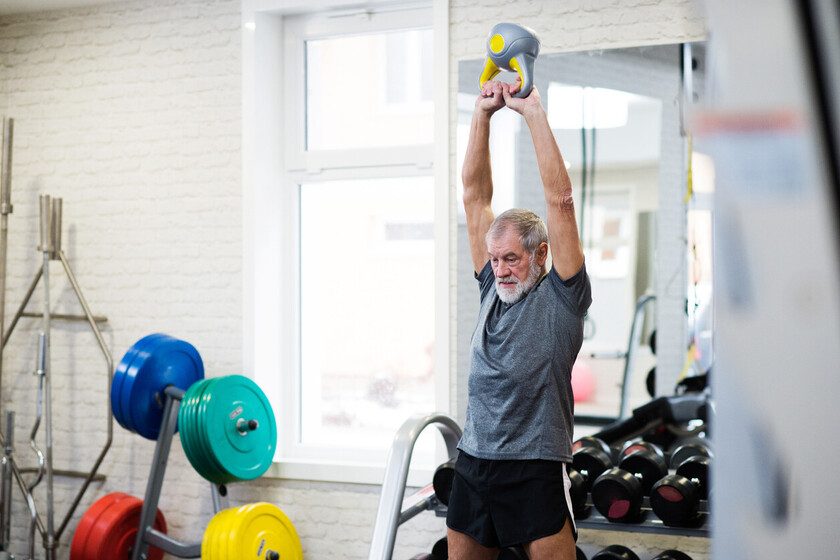 One of the best things that the use of implements such as kettlebells can bring us is that, in the first place they allow us to work the whole body and secondly it does so through an atypical external load, or at least that it is far from how we usually feel the load when we train with bars, dumbbells, machines or pulleys in general.

Be that as it may, in this article We explain five exercises that you can do only with a kettlebell to strengthen your legs.

When we talk about kettlebells, the name of kettlebell swing almost certainly must appear closely related, and that is that it is one of the most basic exercises that are part of training with kettlebells.

On this occasion we recommend the original kettlebell swing, the Russian one. In this original version, we only raise the kettlebell up to our chest, which allows us a more powerful and fluid movement thanks to our hamstrings and glutes.

The American version does not allow us to perform many repetitions per minute because it requires raising the kettlebell above our head.

The deadlift in the split position allows us to achieve a stimulus of an eccentric nature on our glutes and hamstrings, but not as dynamically as in the swing. When we say “eccentric nature” we mean that the muscle generates force while stretching. Obviously in the movement there is also a moment where it shortens and contracts (concentric phase) but the most valuable thing in this type of exercise is the first thing, the eccentric phase, that is, the descent.

The Bulgarian squat is an exercise that allows us not only to work our quadriceps, which would be the protagonists, but also our glutes and hamstrings in a more covert way.

Be that as it may, it is an ideal exercise as a leg or lower body workout in general and quadriceps in particular.

When supporting the foot, feel free to support only the toes or rather the instep. As you are more comfortable during the movement.

The lunges are an exercise that has a lot to do with the Bulgarian squats, but where there is not as much eccentric work on the glutes and hamstrings. In this sense, the strides allow us to orient the work more on our quadriceps, and of course, being a more stable exercise allows us to lift more weight so we can choose kettlebells that are much heavier than those we would choose to do Bulgarian squats.

Although in the video we show the version of striding backwards, we could also do them forward or even walking.

Finally we have the goblet squat, which was born to be performed with a kettlebell. It is a great exercise for our quadriceps and ideal for beginners because holding the kettlebell in front of our body allows us to lower deeply and in a stable way.

Ideally, choose one slow cadence during the descent, make a short stop below and go up to the maximum possible speed, but in a controlled way.

ISSSTE seeks to eliminate visual contamination from all its units