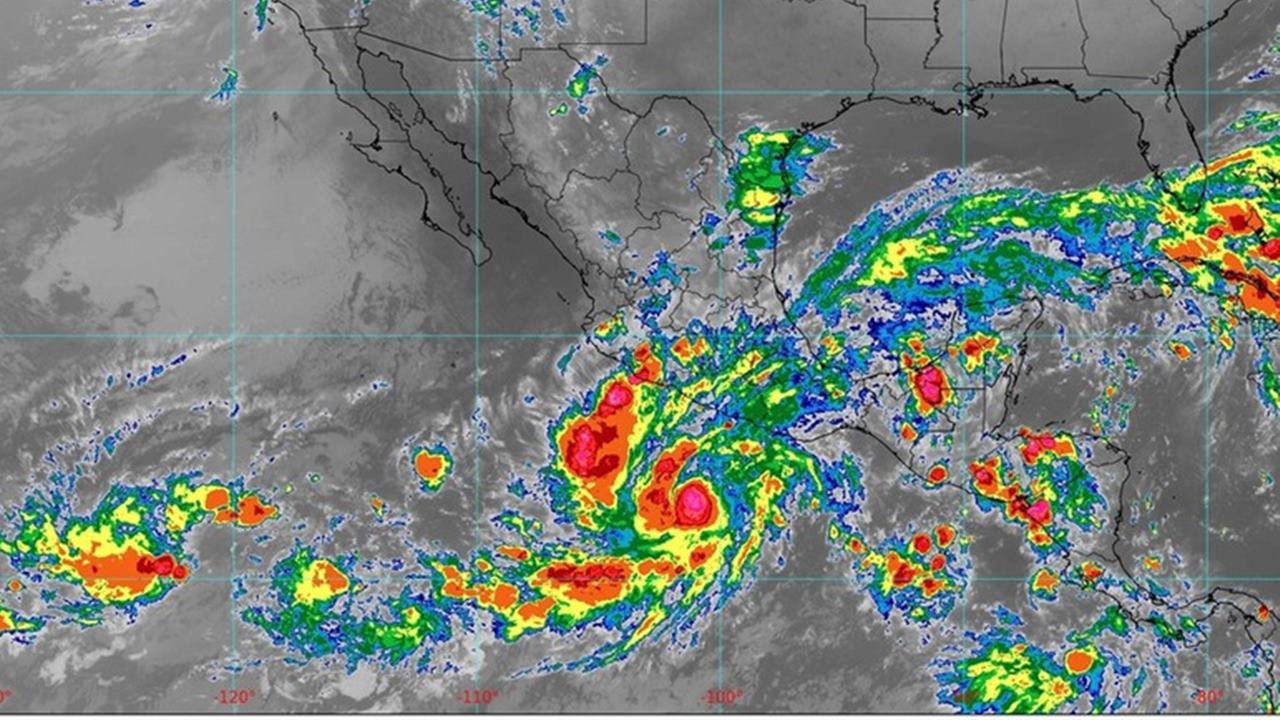 EFE.- Tropical storm Rick developed this Friday, from tropical depression 17-E, off the coast of the state of Guerrero, in the Pacific Ocean, and by Sunday it could reach a category 1 hurricane, reported the National Meteorological Service ( SMN).

In its most recent statement, the SMN indicated that at 7:00 p.m., the cyclone was located approximately 430 kilometers (km) south-southwest of Acapulco, Guerrero, and 745 km south-southeast of Manzanillo, Colima.

In addition, it registers maximum sustained winds of 75 kilometers per hour (km / h), gusts of 95 km / h and displacement towards the west-northwest at 11 km / h.

He also warned that during the next few hours, its circulation will cause intense rains (from 75 to 150 millimeters), gusts of wind of 50 to 60 km / h and waves of 1 to 3 meters in height in Guerrero and Oaxaca.

Intense rains are also expected in Veracruz, very strong in areas of Campeche, Chiapas and Tabasco, as well as showers with heavy rains in Mexico City, the State of Mexico, Michoacán, Morelos, Puebla and the Yucatan Peninsula.

The SMN warned that the rains caused by this system “may cause landslides (landslides), increase in the levels of rivers and streams, and overflows and floods in low-lying areas, for which the SMN exhorts the population of the aforementioned states to extreme precautions and attend the instructions issued by the Civil Protection authorities in each entity.

While maritime navigation in the vicinity of the formation called for extreme precautions due to the winds and waves that are expected during this day.

It will go to Michoacán and Colima

In a previous conference, the coordinator of the SMN, Alejandra Méndez, pointed out that during Saturday and the first hours of Sunday, tropical storm Rick could intensify to a category 1 hurricane on the Saffir-Simpson scale, with winds of 119 to 153 km / h, heading towards the coasts of Michoacán and Colima.

He added that as of Monday, Rick will be “very close to the coasts of Michoacán and Colima, where its center could impact on Monday evening” and after making landfall, it would continue its trajectory towards Jalisco and Nayarit, quite possibly as tropical storm or depression.

He explained that, on its way, the cyclone will cause heavy to torrential rains in Guerrero, Michoacán, Colima and Jalisco and Nayarit, as well as heavy to very heavy rains in the towns of Morelos, Puebla, State of Mexico, Mexico City, Nayarit , Zacatecas and Aguascalientes.

On October 13, cyclone Pamela made landfall as a category 1 hurricane in the state of Sinaloa, where after its passage it left 2,000 affected families, in addition to 9,000 victims in the neighboring state of Nayarit and material damage, especially in the electricity grid. .

The authorities predicted last May the formation of between 14 and 20 named systems in the Pacific Ocean for this season, while for the Atlantic they predicted 15 to 19 meteorological phenomena.

Dolores made landfall in mid-June, killing three from electrical storms.

In the Atlantic, where 20 named cyclones have already been registered, the most devastating has been Grace, which left a total of 11 dead in August, 8 in Veracruz and 3 in Puebla.

Meanwhile, Nora, who made landfall on August 28, caused the death of a minor in Jalisco and 7 disappeared, 6 of them fishermen from Guerrero.