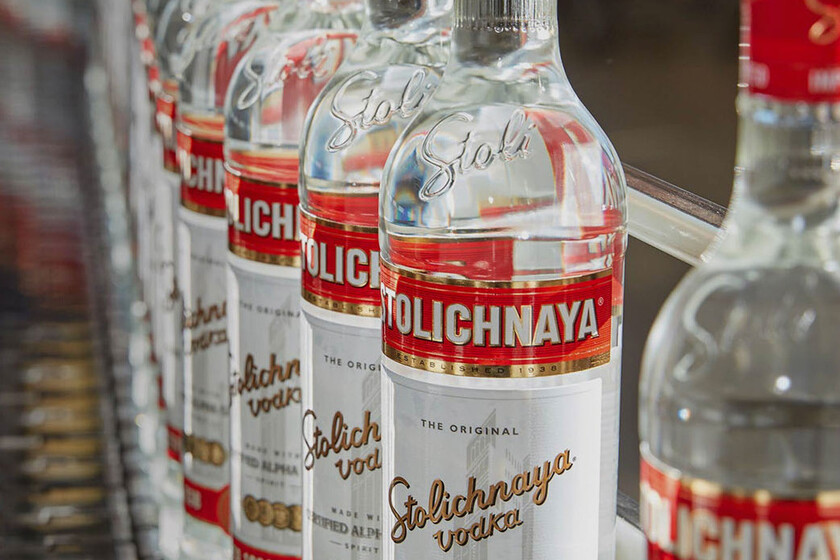 Russophobia overtones persecute any product related to Russia, where we have already seen the reaction of certain brands as a punishment measure against the Putin government. This is the case of McDonald’s, KFC, Coca-Cola or Starbucks, which have ceased operations —at least occasionally— in Russia for the duration of the conflict.

A point beyond has gone Yulie Shefler, owner of the group of alcoholic beverages Stoli Group, whose great banner is Stolichnaya vodka. Exiled from Russia since 2002 for his opposition to the governments of Vladimir Putin, Shefler -with British and Israeli nationality- acquired the company in 1997, at that time only dedicated to vodka.

Under his tutelage, Stoli Group has grown in international markets, also into other spirits such as rum, whiskey and several varieties of premium vodka. However, now they have decided to change the name of the group and the brand, abandoning the traditional ‘Stolichnaya’ for the simple ‘Stoli’. However, the movement does not fail to confirm a reality that the group has been chasing for years, since the name Stoli has called this pool of alcoholic beverages for more than eight years.

The factory where Stoli is distilled, the new brand and the traditional packaging. ©Stoli Group / Istock

In fact, already as of 2021 none of the Stoli facilities were on Russian territory, but they were located in Latvia, and most of the raw materials come from Slovakia, according to the CNN. In fact, on the company’s own website they point out that Stoli is distilled in an old factory set up in Latvia at the beginning of the 20th century. However, the name of Stolichnaya as a trademark does not appear until 1938.

The decision, which could be advantageous, is one more clue of the battle that Shefler fights from outside Russia with Vladimir Putin. Not in vain, Shefler’s tense relationship with the different Russian governments goes back a long way, starting with the management of the name Stolichnaya and Moskovskaya, two of the best-selling vodkas in Russia, whose trademark rights are held worldwide by Shefler, but inside Russia they are operated by a government company called FKP Sojuzplodoimport, founded during Soviet times.

The result of this legal and economic battle, as CNN also points out, is underpinned by the decision of some hoteliers, merchants and consumers in the United States, who have shown on social media boycotting vodka because of its Russian meaning, either by stopping buying it or throwing it away.

In addition, Stoli Group, from an internal publication sent by the CEO of the firm, Damian McKinney ensures “stand by the Ukrainians and Russians who seek peace“In a similar way, they have opened a line of donations to the NGO World Central Kitchen, headed by the chef Jose Andres, and that it is serving with its food stalls on the Ukrainian borders.