Steph Curry and a scolding from Barack Obama: this is how the Under Armor was born to celebrate humanity on the Moon 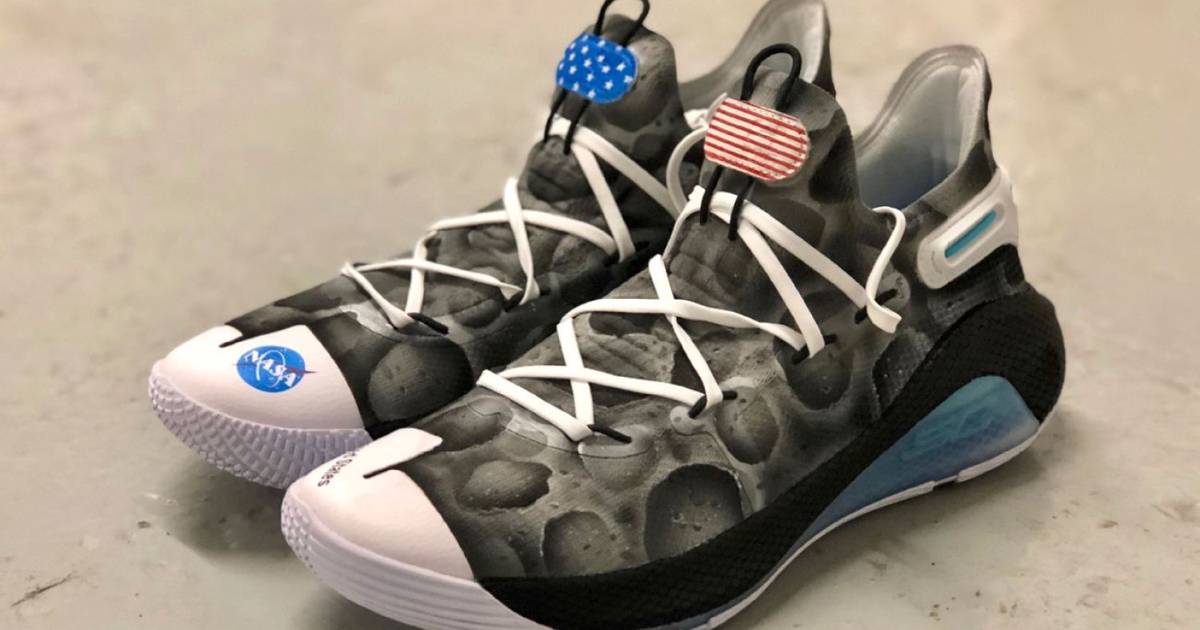 In 2018, Steph Curry questioned the arrival of the human being on the Moon. He did it in a podcast, where he acknowledged that he supported the conspiracy theory. That night he received an email: he was the former president of the United States, Barack Obama.

Obama is a fan of the NBA and has Curry as a friend and one of the most admired figures in sports. He remembered the star that the president “It was quite severe and direct.”

“Man landed on the surface of the Moon, and what you say matters, up here in the presidential stratosphere of power,” the president said, according to Curry, in an interview with Rolling Stone. “You have to do something about this.”

To try to remedy the situation, Curry organized an Instagram Live with astronaut Scott Kelly for 15 minutes, to debunk any conspiracy theories.

And then he said to Under Armour, the company that sponsors him, to make him a pair of custom sneakers with craters and the American flag, to wear and auction later, in order to support science programs in the San Francisco Bay Area.

At the time, Curry’s relationship with Under Armor was coming off an up-and-down that was amicably resolved.

Read:  "Intel Core i7, a thermos and headphones", this is how Intel receives new employees

Today they are close to sign a lifetime contract for more than a billion dollars. This new pact would replace the current one, which expires in 2024.

The four-time NBA champion with Golden State (current champion) and two-time MVP in the regular season is 34 years old today.

Journalist Matt Sullivan expressed in the note: “He’s almost done a lifetime deal with Under Armor worth potentially over a billion dollars.”

Curry began his career with Nike, a company he left in 2013 to join Under Armour, which offered him $4 million a year. However, success was a long time coming, even with disappointing moments like sales in 2016, referred to by Rolling Stone.

The star of the Golden State Warriors in the NBA acknowledged in the interview that he has managed to overcome impasses with the company’s founder, Kevin Plank.

In 2018, Curry came close to leaving Under Armour, until they offered him a contract similar to the one Michael Jordan had at the time with Nike, separating his name from that of the company. Thus was born Air Jordan, and was the origin of the Curry Brand.

The triplero recalled that at that time “there was not a complete understanding of what it took to run a business like that properly. So yeah, I got mad.”

“I don’t have to raise my voice to get angry. That’s the best part of this.”