By CooperSeptember 23, 2022No Comments2 Mins Read 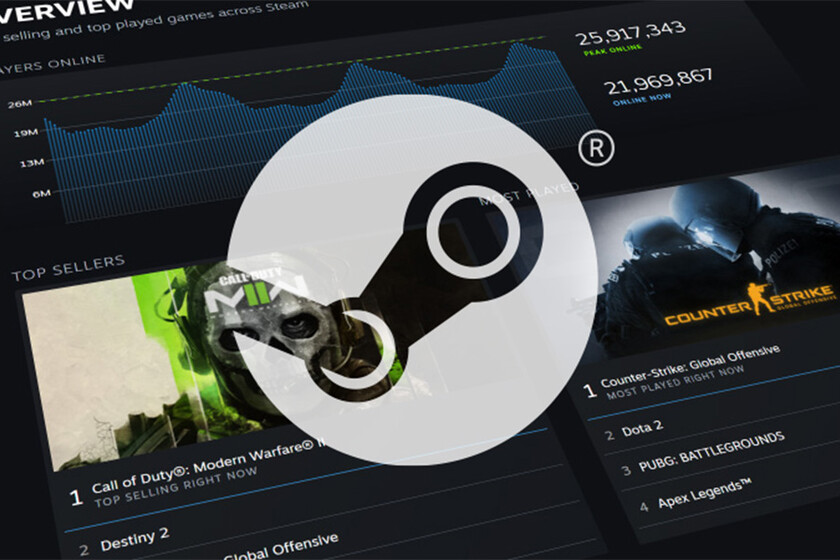 Sometimes we talk about a game that is widely played in Steam, with details of the number of users who meet on them daily. That has led Valve to prepare a new section on Steam where you can consult a series of weekly and real-time graphs most helpful.

Thanks to them we can see which are the best-selling video games and the most played in all parts of the world. This way you can take a more detailed look at the Steam lists for all those who wish to consult this information, which also shows a classification with the positions of each one and the weeks they have been in the ranking.

For example, in the case of the best sellers section we can take a look at the number of weeks it has been appearing on the chart, the position they previously occupied in the event that it has gone up or down and it will also be possible to take a look to these lists globally or in a specific country.

Thus, we find that at the time of writing the news CS:GO and PUBG: Battlegrounds lead the global list, followed by newcomer Slime Rancher 2 and the future Call of Duty: Modern Warfare II and FIFA 23. In fact, in Spain it is exactly the same titles that appear in the top five.

Regarding the list of the most played in real time, it shows the 100 games with the most players connected at that moment and the maximum peak that has been reached in the last 24 hours. This leaves us again with CS:GO at the top, followed by DOTA 2, Apex Legends, PUBG: Battlegrounds and finally Lost Ark, all of them surpassing the peak of 200,000 players.

Read:  everything we know about its exclusives, the future of Kotick, price per share and date of purchase

In addition, they have also enabled weekly charts that are updated every Monday and consult the best releases of each month, for all those who want to be aware of what has been put up for sale, although in this last case the closest data available is that of July.