Stars Coffee debuts, the brand that replaces Starbucks in Russia 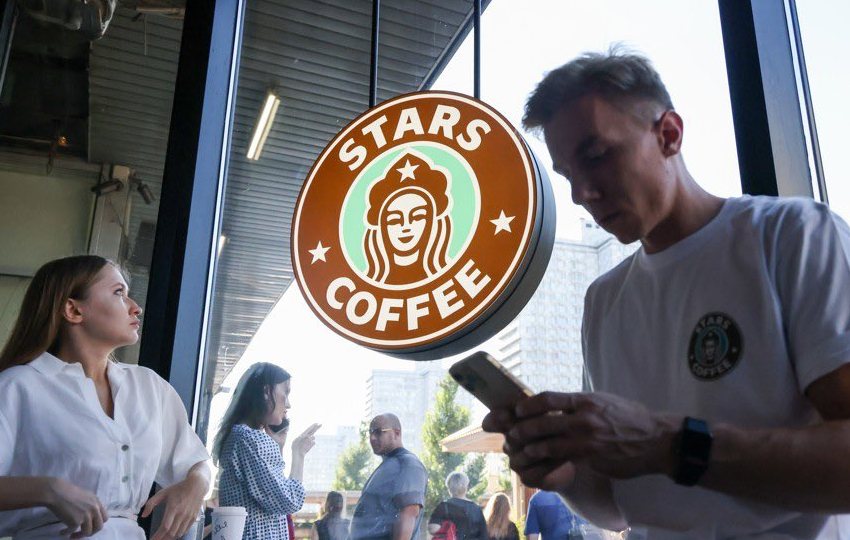 A crowd in Moscow welcomed the new coffee chain that replaced Starbucks after the Seattle company withdrew from Russia over the conflict in Ukraine.

In the same place where the most traditional Starbucks coffee shop was in Moscow, this Friday, August 19, its replacement began to work, with new owners but with a very similar brand: Star’s Coffee.

Moscow media report long lines of people at the reopening of the cafeteria, which shows a new logo very similar to that of Starbucks.

Instead of the Starbucks siren with a crown and star, the new Russian chain’s logo shows a woman wearing a kokoshnik (a traditional Russian female headdress) also adorned with a star.

On its website, which went live the day before Thursday, Star’s Coffee published: “The dollars are gone. The stars have stayed.

Stars Coffee, the replacement for Starbucks

Stars Coffee’s brutal imitation of Starbucks shows a marked difference from the new owners of another big Western chain that left Russia: McDonald’s.

After McDonald’s sold its thousands of Russian restaurants to Alexander Govor, a businessman from Siberia, the rebranding was much bigger.

The new name of the “Russian McDonald’s” is Vkusno & Tochkasomething like “Tasty and that’s it”, and it has a very different logo.

Although it did maintain some McDonald’s menus, such as the Big Mac and the mcflurry.

People in Russia were disappointed when Starbucks closed its coffee shops due to Russia’s invasion of Ukraine.

the owners of Star’s Coffee are the russian restaurateur Anton Pinski and the popular local rapper Timatiwhose real name is Timur Yunusov.

Pinsky said the new company was backed by Sindika, a holding company which has a wide variety of businesses in Russia.

Read:  Ricardo Molina arrives at the Bureau of Agencies

Unlike McDonald’s, starbucks it did not directly operate its 125 locations in Russia. They were run by a licensee of starbucks, Alshaya Groupbased in Kuwait.

starbuckswhich has said nothing about the sale of its premises or the new Russian brand, has left Vladimir Putin’s country after 15 years.

The move was part of a wave of departures from Russia by Western brands after the invasion of Ukraine.

Starbucks sells its Russian stores to a rapper