Spotify joins the national holidays with a Mexican-style sound tour 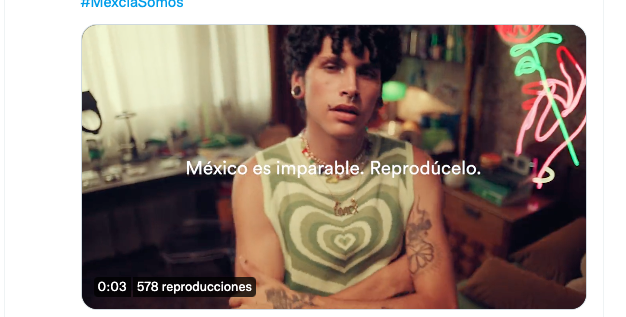 The celebrations of the national holidays are just around the corner, and with them, the opportunity for brands to join the trends, seeking to recognize the legacy of Mexicans, such is the case of the platform of streaming musical Spotifywho launched in the last few hours “Mexico unstoppable”, a play list with which he seeks to join the festivities through a Mexican-style sound tour.

Currently, the platforms streaming have positioned themselves as the great consumption trend in entertainment, only in Mexico The CIU, points out that at the end of 2021, a total of 12 million subscribers to video-on-demand platforms were recorded in Mexico, figure that represents 55 percent of Internet users in the country, while music apps such as Spotifyregister a user base of just over 422 million users worldwide, which represented a growth of 19 percent year-on-year.

The music industry has generated revenues of more than 208 thousand 3 million dollars, contributing just over 16 percent of the national GDP, hence the importance of this sector within the economy, an aspect fostered, to a large extent, by the growing popularity of national genres within the playlists.

According to what was pointed out by Spotifyfor several years now, Mexican music has been continuously present within the first places of popularity worldwide, so much so that during the end of August of the current year there was a growth in the consumption of these genres of at least 56 percent worldwide, since Mexicans represent a third of reggaeton in volume of reproductions.

That is why after the growth of listening to Mexican music, Spotify decided to launch “Unstoppable Mexico” a sound journey through all those Mexican genres that have positioned themselves within the taste and memory of people.

According to what has been pointed out, Spotify seeks to celebrate a musical style and with the participation of more than 20 artists that are promoting this new wave of Mexican music: Grupo Firme, Julión Álvarez, Junior H, Santa Fe Klan, Yoss Bones, Luis R Conriquez, among others.

However, this is not the only time that the platforms of streaming of music have joined the national trends, since platforms such as Deezer either pexelsthey also have specific sections to celebrate the musical diversity that Mexico has.

The recognition of Mexican genres at the international level allows Mexican culture to transcend borders, motivated by the virility that digital platforms and social networks offer.