Bullfrag
Home Technology Spotify also wants to be like TikTok and is testing a vertical... 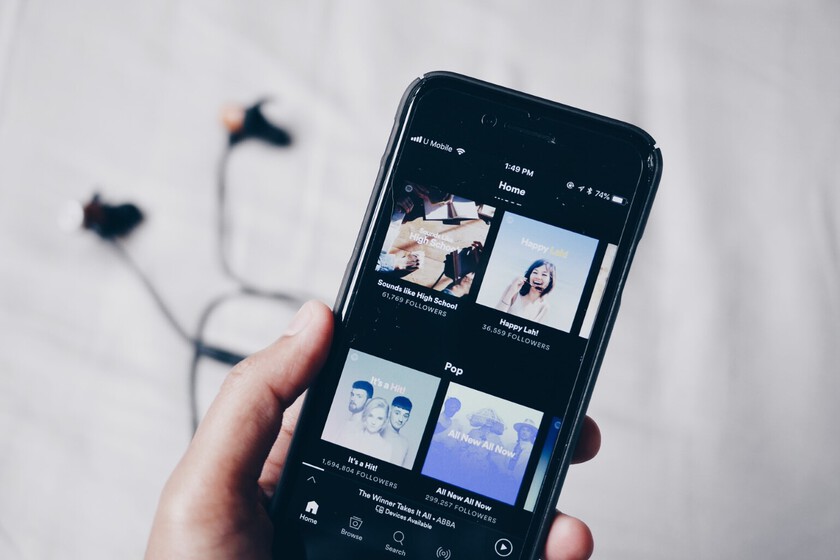 Spotify is constantly testing new features and ways to deliver content to users. One of the most recent is a Experiment in the beta version of Spotify for iOS that will quickly remind you of TikTok’s vertical video feed.

The function was first discovered by Chris Messina, which showed a video on his Twitter account in which we can see a new button on the bottom panel of the app called “Discover”, one that when you touch it takes you directly to a video feed with different songs.

Swiping down or up to change the song

In the same style as TikTok or Instagram Reels, we can touch the heart to like the song and save it to our Spotify library. We can also move between videos by simply sliding up to see the next one, or down to go back to the previous one.

Not only that, @Spotify Discover is basically a wall down version of a TikTok-style feed of vertical music videos (likely using their canvas format) that you can like or skip.#NewSpotify pic.twitter.com/hpOEZ8v9bl

It is the first time that Spotify has added a four button in that lower panel, and these videos that the formation leads to “To find out“They are basically segments of the songs and not a video with the complete song from beginning to end, it is just a bit to decide if you like it or not quickly.

Apparently the function is using Spotify’s ‘Canvas’ format, that is, the feature that since 2019 allows artists to add short videos to their songs to display in the background of the app instead of the album cover.

Read:  How to Know Who Visits Your Instagram Profile - With and Without External Applications

This experiment may or may not reach everyone, in fact, Spotify has played with a similar format quite a bit before. They came to try something similar to Instagram Stories so that the influencers They will publish playlists, but the feature was never released to the general public.

Or, it could come but in a while. For example, song lyrics came back to Spotify a few days ago after several years of absence, and more recently, apparently thanks to Adele, they removed the unspeakable default shuffle from all records.