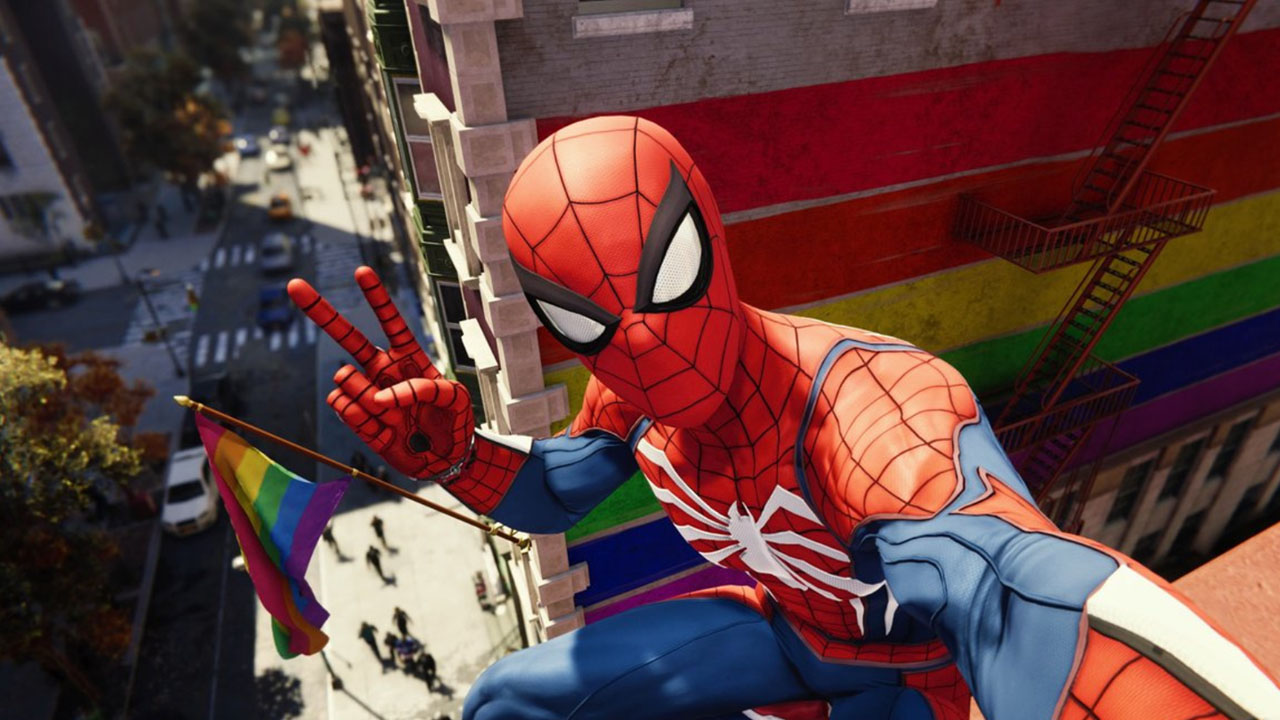 Share
Facebook Twitter LinkedIn Pinterest Email
Index hide
1 Spider-Man Remastered is now available on PC and the mods were not long in coming. We tell you what happened to one of them, which was not very well seen, in this note!
2 Share it with whoever you want
3 Related Posts

Spider-Man Remastered is now available on PC and the mods were not long in coming. We tell you what happened to one of them, which was not very well seen, in this note!

Just one week away from launch pc of Spider-Man Remastered, the mods did not take long to arrive and fill the players with possibilities. To be able to exchange pigeons for rats, to be able to play as Stan Lee or as Kingpin These are just a few examples of the very interesting mods that arose.

However, there is a mod that was only available during 3 days until your dealer removed it. The mod basically changed all the flags, whether painted or fabric, of the community LGBTQ+ for the flag of USA.

This mod could be downloaded from the August 15th and was available on the page of Nexus Mods. But after the page realized the message it was giving, they decided to delete it on 17 of August. Anyway, another developer managed to recreate this mod and uploaded it to ModDB. However, the page also removed the copy within days of its launch.

The dealer manager the first mod, nexus, came out to talk about the subject and commented on why they decided to eliminate it. In the statement, the page criticizes the creator of the content, who used a new account created to only troll people, and even called him a coward. As a measure against modIn addition to removing it, Nexus Mod also deleted the main accounts of the creator of this as the account from which it was uploaded.

The staff post nexus goes on to explain that the site has the right to exercise content moderation. “We are in favor of inclusion, we are in favor of diversity”says the statement regarding the terms on which the decision to remove the mod. “If we think someone is uploading a mod on our site with the intention of being deliberately against inclusion and/or diversity, we will take action against you.”

Read:  Steven Yeun could be the villain of Spider-Man 4

“We do not want and we will not argue with you. We have already explained our position and we are not going to provide a platform where they can distort our position to feed an irrational and paranoid narrative. They can do that somewhere else, where we don’t care enough to read it. If this policy bothers you, if we broke some moral code of conduct as a company that you can’t accept, then please delete your account and get on with your life, as we are going to do.”ends the statement.

moddbwhere there was also a mod Similarly, he used his social networks to report that he removed the content. “Mod DB it is an inclusive environment for all and we do not allow targeting against marginalized groups. Our content moderation is largely automated. PBut when something like this is identified, we have a zero tolerance policy.” he says Tweet of the page that talks about the topic.

Hi! We’ve removed the content and banned the users. ModDB is an inclusive environment for all and we do not allow targeting marginalized groups. Our content moderation is largely automated but when identified, we have a zero tolerance policy for this kind of content. https://t.co/0leqjUxqJD

But not all mods they are so bad and this bad experience allowed a lot of other content that also modifies the flags to come to light. For example, there is Colorful New York that changes all the flags of USA with community flags LGTBQ+. And for those who want a little more representation, it is available Progressive Flags, which lets us choose between the flags we want to see. Some options that we can select are the flag of the trans collective and of Black Lives Matter. Spider-Man Remastered for PC is now available and if you want to know what we think of this version, we leave you our review.