Home Gaming Spider-Man: No Way Home – Whose silhouettes appear in the gap in... 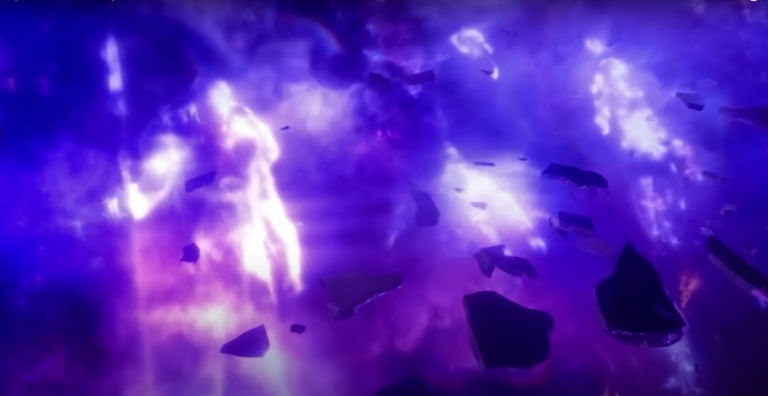 Facebook
Twitter
Pinterest
WhatsApp
Index hide
1 Beware of spoilers because in this note we are going to talk about Spider-Man: No Way Home and the silhouettes that want to enter Tom Holland’s Peter Parker universe in the final battle. Do we know them? Who are they? Find out here.
2 Kraven the hunter
3 Scorpion
4 Rhino
5 Black cat
6 Superior Spider-Man
7 Mysterio, Spider-Gwen or Miles Morales
8 Madame Web
8.1 Share it with whoever you want
8.2 Related Posts

Beware of spoilers because in this note we are going to talk about Spider-Man: No Way Home and the silhouettes that want to enter Tom Holland’s Peter Parker universe in the final battle. Do we know them? Who are they? Find out here.

Three weeks after the launch of Spider-Man: No Way Home In cinemas, the film has already exceeded two million viewers in Argentina, remains high at the world box office and breaks records. Despite its premiere in a pandemic, the success of this new installment of Marvel Y Sony It is undeniable and it does not stop surprising. However, let’s talk about something more specific about the movie starring Tom hollandSo if you haven’t seen it yet, watch out for the spoilers.

Spider-Man: No Way Home He showed us a little of what can come in terms of the problems that the multiverse brings, more than anything an opening or crossing of characters. Theme that we already saw in the series of Disney +, particularly at the end of the season of Loki. Although we are all happy and excited to see Tobey Maguire, Andrew Garfield, Alfred Molina, Willem Dafoe and Jamie Foxx in their respective roles, let us remember that, as I would say Dr. Strange, the multiverse is a concept about which we know, alarmingly, very little. This can at some point become quite confusing and / or troublesome if not handled or explained well.

As we know, Sony has every intention of moving on with his own universe of Spider-man. Let’s not forget that we already saw (little and nothing) this hero in the post-credits scene of Venom: Carnage Freed, while in the trailer for Morbius we see the relationship of universes when they show us Vulture from Michael keaton. However, this seems to be just the beginning.

During the final battle of Spider-Man: No Way Home, after the Spider men will heal their “enemies”, the Peter parker from Tom holland proposes to Dr. Strange a solution to fix the spell and thus restore reality and the limits of that world. At that time, when they show a large purple crack in the sky, we could observe several silhouettes related in one way or another to Peter parker trying to cross into the movie universe.

Since the premiere, many fans have tried to decipher who these silhouettes belonged to and discover what upcoming projects and characters can be added to. Sony in the future. Among the various figures that appeared, some are easier to relate than others, but without any confirmation, these could be the visitors we saw in No Way Home:

The figure that makes the most sense and is clearer is that of Kraven the Hunter, one of the oldest and most iconic villains in Spider-man. Why is the silhouette with the most sense? Let’s remember that last year Sony confirmed that a movie of this character was coming, starring Aaron Taylor Johnson.

In the comics, Sergei kravinoff He defines himself as the best hunter in the world and to prove his point he set the goal of hunting the most dangerous and elusive prey in the world: Spider-man.

Something that defines Kraven the Hunter It is your honor when hunting. To be the best of all, he spent decades honing his craft and stands out as a master tracker as well as an expert in combat (with or without weapons). Kravinoff He increases his physical abilities with a special potion, which gives him more strength and perception in his senses, and also slows his aging, since he fled the Russian Revolution of 1917, which makes him quite an old man, even if he does not look like it.

In the comics, Macdonal “Mac” Gargan used to be a private detective who was hired by JJ Jameson to find out how Peter parker managed to take photos of Spider-man. After a while, Jameson offered money to Gargan to undergo an experiment that would give him powers to get rid of the Spiderman. However, he turned into a monster (resembling a scorpion) and wanted revenge on Jamesonbecause she blamed him for everything. At the end Spider-man arrested and imprisoned, thus adding to the list of enemies of the Scorpion. This character is one of the main villains of the Spiderman.

In Spider-Man: Homecoming let’s remember that we saw Mac gargan, interpreted by Michael Mando, which had a scorpion tattoo on its neck. He ends up in jail with several scars and is reunited with him Vulture from Michael keaton to tell you the true identity of Spider-man.

Read:  The Final Boss: Who Said Being Lord of the Dead Was Easy? - know how is the "Papers Please" style game in which we are the Devil

In No way home, the Spider-man from Andrew Garfield comments that his greatest battle in his universe was against the Rhino, interpreted by Paul Giamatti. Although we do not know what happened next, since they canceled the third film, we assume that this villain, one of the most classic of the Spiderman, ends up in jail.

Aleksei Mikhailovich Sytsevich In the comics, he is a Russian mobster chosen to undergo a series of chemical and radiation experiments, which transformed him into a superhuman agent who has an almost impenetrable artificial skin and super strength. This skin, which also serves as armor, was inspired by that of a rhinoceros, hence its name Rhino.

Felicia Hardy, like his father Walter, is a great white-collar thief. Athlete and martial arts expert, Black cat After undergoing a rigorous physical training regimen, he increased his strength, endurance, and agility. It was related to Spider-man In many ways, she was a villain, ally, friend, and girlfriend.

His greatest power lies in his agility, his capacity for strategy and the mental manipulation he exerts on his enemies. Alluding to his own pseudonym, he plays with the minds of his enemies to make them believe that he will bring them bad luck. Before committing any crime, Black cat she carefully prepared the scene of the crime so that her adversaries would suffer accidents and thus think that they were the cause of the bad fortune that she brought them.

Although we did not see it in its maximum splendor, in The Amazing Spider-Man 2 they introduce us to Felicia Hardy, interpreted by Felicity Jones, which works together with Harry Osborn at Oscorp.

At one point in the comics, Peter parker die and Otto Octavius, better known as the Doctor octopus, decides to implant his mind in the body of Spider-man to demonstrate their superiority. But nevertheless, Otto promises to continue the hero’s legacy, both of Spider-man like Peter parker.

Later, Octavius not only does he realize that he could be a better Spidermanbut he might as well be a better man than he was like Doctor octopus, thus becoming a Superior Spider-Man. Eventually, he will realize that the consciousness of Parker it remains active and thus begins a mental struggle to see who remains in charge of the body.

With this rounded mid-head silhouette there are several options that are spinning. The first is one that we already met in Spider-Man: Far From Home: Mysterio, interpreted by Jake gyllenhaal, character who took revenge on Spiderman by revealing your identity. The consequences of that we already know what they were.

The other options are Spider-gwen or, even more likely, Miles Morales. Two characters from Sony what we saw in Spider-Man: Into the Spider-Verse.

Let us remember that in No Way Home, Elect (Jamie Foxx) tells Andrew Garfield there must be a Spider-man black somewhere, which would leave us a very nice wink if that figure were a Thousands from another universe. However, let’s not forget that this character also exists in the same place, and even city, as the Spiderman from Tom Holland. In Homecoming We see to Aaron davis, interpreted by Donald glover, who is not only known for his alter ego The Powler, but is also the uncle of Miles Morales.

Cassandra webb or better known for Madame Web She is a mutant with powers of precognition who can not only perceive other people’s psionic powers, but can also communicate with heroes receptive to their powers and move through her astral form. Using his psychic powers, he discovered that Peter parker it was Spider-man and often it was like a telepathic support for the hero.

Blind from birth, Cassandra he began to have visions of his clairvoyant abilities and found that they more than made up for his blindness. A) Yes, Webb became a professional medium. Decades later Cassandra she was affected by a degenerative disease that collapsed her central nervous system, disabling the use of her body. Because of this, he had to connect to a machine that supplied the vital functions of the body.

There is no type of confirmation about these characters, we simply saw certain similarities and we thought about the relationships that exist with Peter parker and with the possible future projects that it could bring Sony.

There are more characters in that scene that don’t look very good, but we assume that when Spider-Man: No Way Home is available to view from home, on any platform streaming, we can pause and analyze in more detail who is who. Sonic’s first design in the movie has a great cameo in... 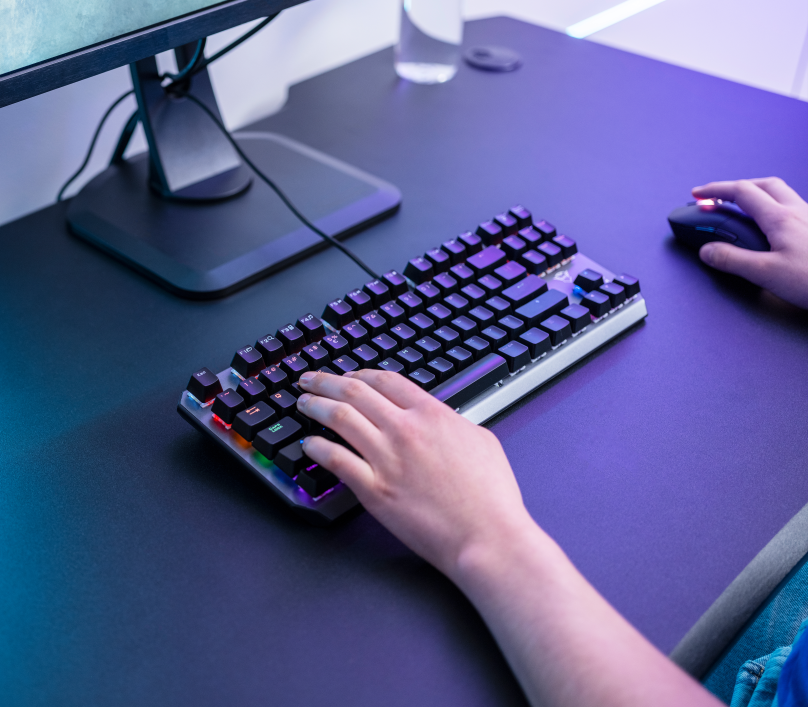 Trust GXT 834 Callaz TKL: How is the new reduced gamer... 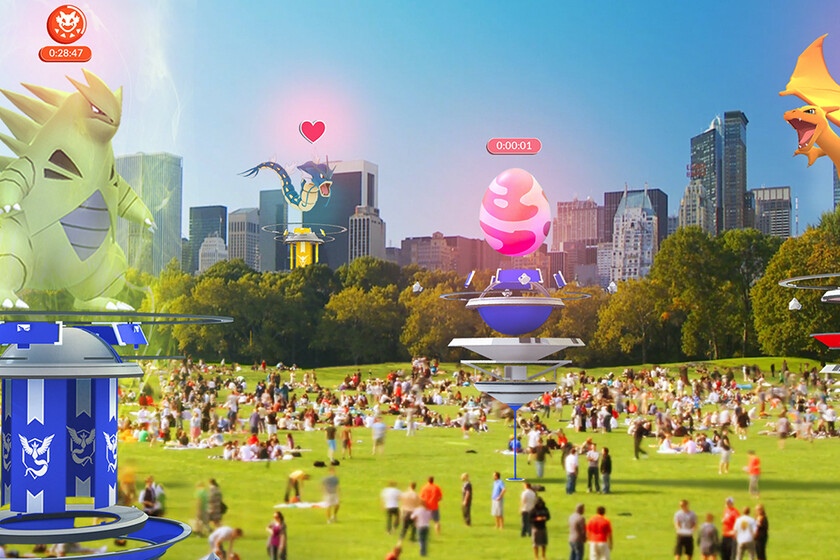 Pokémon GO will increase the price of Remote Raid Passes so... 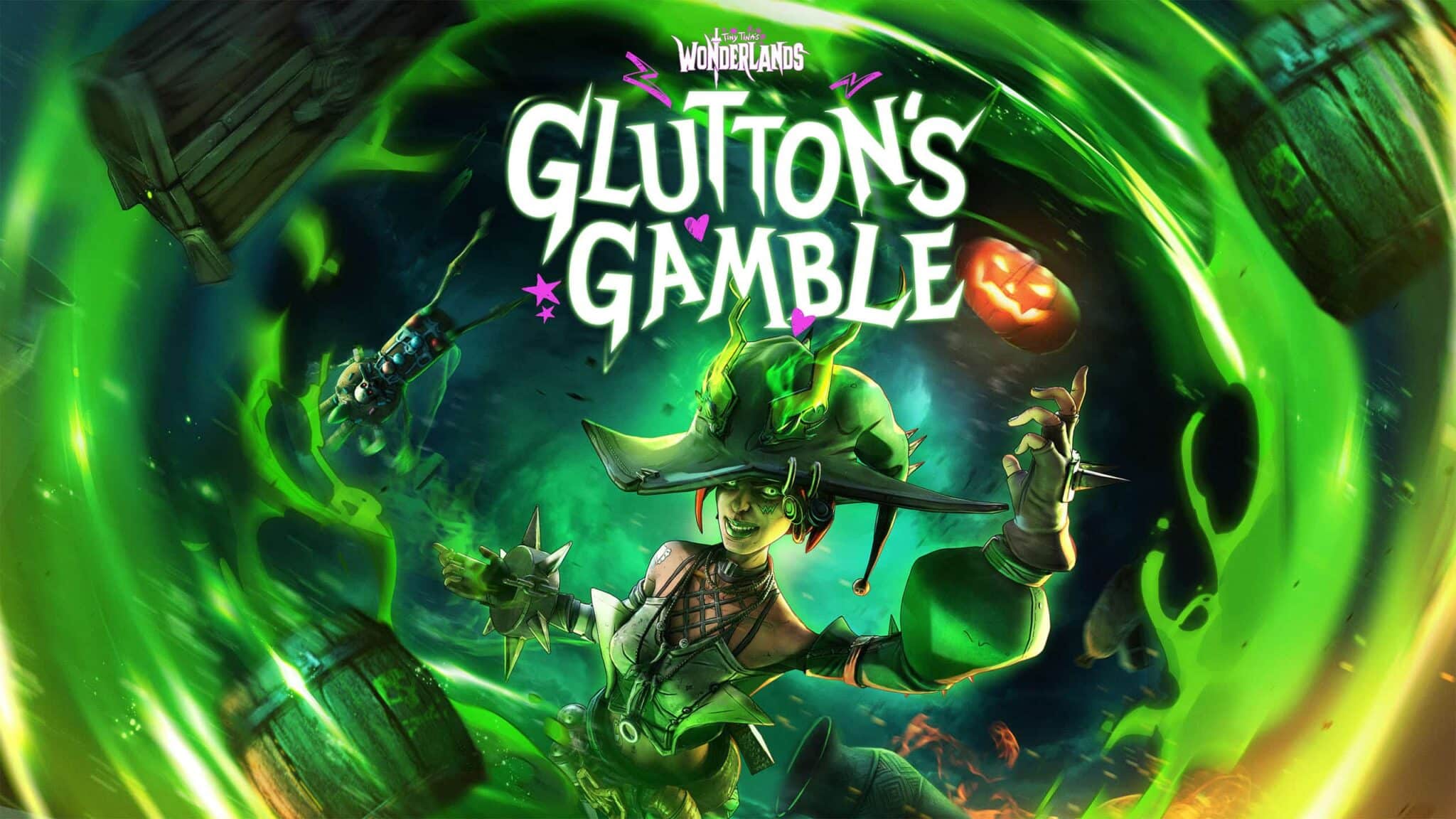 Get this cheaper PS5 steering wheel and pedals for a limited...