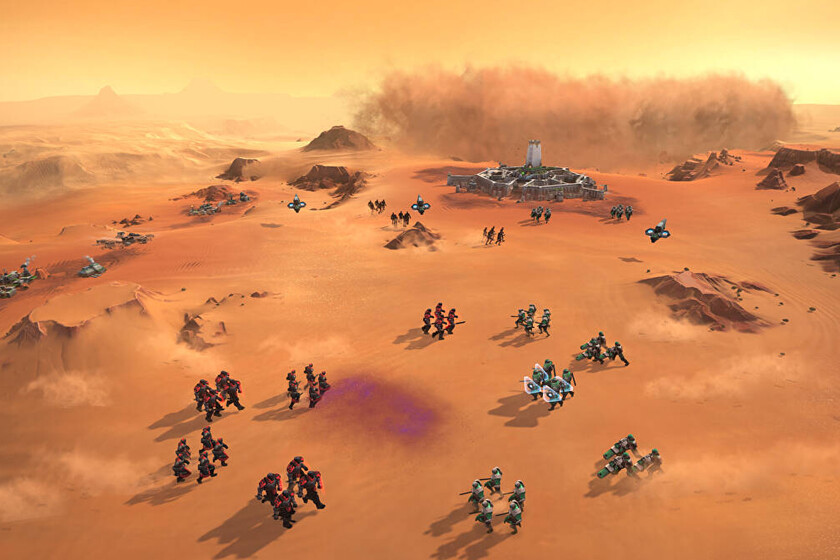 While Dune: Spice Wars continues its development in its early access phase, the Shiro Games team plans to continue working on new content that will be gradually incorporated into this strategy title set in the universe created by Frank Herbert.

This has led the team to draw a roadmap with some of the most important novelties which will be published throughout this year. For example, a couple of very important updates will arrive in the summer, including a cooperative multiplayer mode and a competitive one against all in which four people can be brought together simultaneously.

Additionally, a new faction will be introduced along with a new victory condition. Furthermore, later, at a date to be determined, spaceports will be added with more ships and units, including councilors in the form of hero units with their own unique abilities to use during battles.

And all this will only be the beginning, because Shiro Games has anticipated what it has in mind more updates pending to be announced. Even so, it remains to be seen when exactly the first contents that have been revealed will arrive, with which it is clear that until now Dune: Spice Wars He has only taken his first steps.

Sucker Punch talks about working on Sly Cooper and Infamous