Spain, the only developed country where the majority believe that the entire system must be reworked 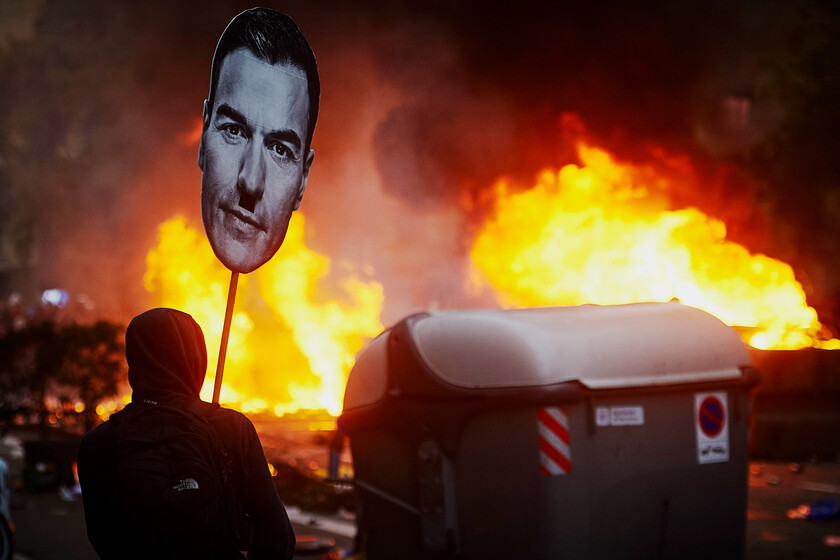 The 2015 general elections represented a point of no return for the Spanish political system. Two new parties, Podemos and Ciudadanos, obtained substantial parliamentary representation after two decades of bipartisanship. The institutional balance of Spain had been blown up. The word “reform”, so hackneyed since the Transition, was placed in the first line of the media agenda. Four years after the 15M, the winds of change sounded. It was a mirage.

The opinion. PSOE and PP were able to maintain their positions. The crisis of the party system was closed in favor of the two historical formations, at least for the moment. In this retreat, halfway between traditional bipartisanship and parliamentary fragmentation, there is something that does not change: a majority of Spaniards, 54%, still think that the political system must be “completely reformed.” This is illustrated by a Pew global survey of the political future of developed countries.

Spain is the country with the highest proportion of the population who believe that the political system needs to be completely reformed. https://t.co/yJBQi4vRPd pic.twitter.com/DQC8OvLXdG

To the head. The percentage of Spain is very significant: it is the only nation surveyed where a clear majority believe that the system should restart and start counting from scratch. Collapse and reformulate itself completely. South Korea (46%), Italy (42%), the United States (42%) or Belgium (33%) are already far behind. In all of them, with the exception of Canada, Sweden or New Zealand, the sum of “completely reformed” and “major changes” is imposed on the status quo. In other words, there is a global interest in changing politics, its basic functioning. One accelerated by the pandemic.

Disenchantment. In Spain, in this sense, the public sentiment is clear: to the 54% of respondents who consider that the system should be rebuilt “completely” we can add another 32% to those who would like to observe “great changes”. Only 2% consider that the system “should not be changed”. The survey was published during the fastos of the Constitution. All the Spanish media celebrated its 43rd anniversary by including the word “reform” in the headline, either positioning itself in its favor or evidencing the impossibility of carrying it out.

Read:  What's next for Bachoco in the process to leave the BMV?

Winds of change. It is something that other surveys, especially those of the CIS, have corroborated. Around 70% of Spaniards tend to be in favor of constitutional reform. In 2012, for the first time, a majority of Spaniards were “little or not at all” satisfied with the Magna Carta. If in 2005 only 45% considered that it had to be reformed, in 2018 the percentage was around the already mentioned 70%. The CIS has varied the questions, which has broken the series, but the general feeling is clear. You have to change something.

No consensus. But what? The problem, in Spain, is not so much “change the system” but “how to change it”. We can observe it from aspects that are not very polarizing at street level, such as the renewal of the Judicial Power, to the territorial model, where various forces push in opposite directions (federalism vs. autonomism vs. recentralization). The PSOE, conditioned by its government partners, has fanned and devious at the same time the possibility of reform. The truth is that the aggravated procedure to completely retouch it forces huge majorities.

Discontent. Virtually impossible majorities in a parliamentary context as fragmented as it is polarized. Something that translates into increasingly acute popular discontent: we have seen it on account of the political and affective polarization of the electorate, which is increasingly extreme in Spain; as in the general “distrust” of the population towards institutions, politicians, the state and, in short, the system. By design of the EC itself and of the system, this discontent seems doomed to simmer with no clear political solution.