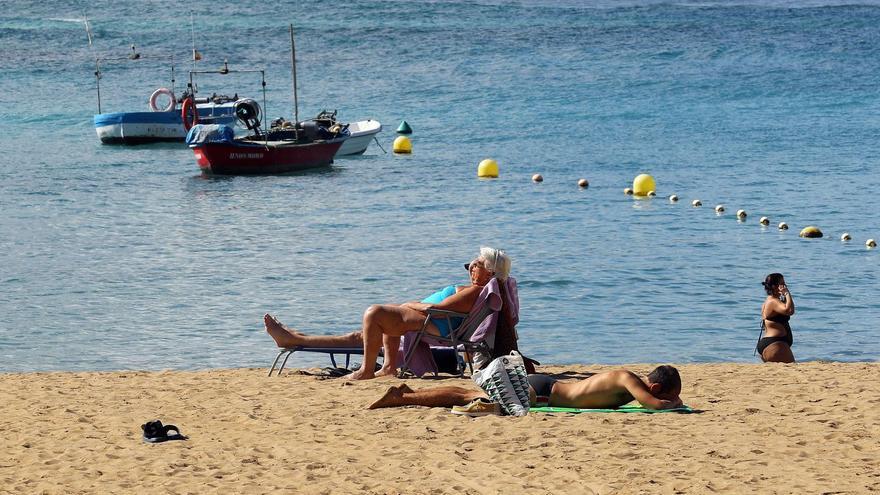 Just when the coronavirus pandemic started, Spain had just completed a five-year period with five consecutive historical highs in tourist arrivals. One of the debates in the sector was then whether the country was already about to reach its ceiling in number of visits (83.5 million international travelers in 2019) or if it could aspire to even higher levels, including that of 100 million tourists.

But eThe coronavirus completely disrupted that streak of all-time highs and it sank all the tourism records. Restrictions on mobility to combat the pandemic caused a total stoppage of the Tourism sector for months. During the last year, national tourism has managed to keep part of the companies in the sector and local destinations afloat, but the demand of international travelers continues to be knocked out by the maintenance of some restrictions and control measures, and due to prudence of the travelers themselves.

Estimates made by large companies in the tourism sector anticipate that Spain closed 2021 with between 31 and 32 million international tourists, which represents a strong increase of between 63 and 68% compared to the records of the fateful 2020, when the number of international travelers sank below 19 million arrivals. But last year’s data still reflects a recovery in international tourism that is very slow, and that puts in trouble destinations especially dependent on foreign demand.

The sector’s forecasts – the official data on international tourist arrivals for 2021 as a whole will not be published by the National Institute of Statistics (INE) for a month – thus predict that Spain will have managed to recover only 40% of foreign travelers who had registered just before the pandemic. Those potential 31 or 32 million international tourists leave the sector in the same levels reached by Spain in the mid-nineties, practically matching the data that was recorded in 1995.

Between January and November, Spain received a total of 28.2 million foreign visitors, 10 million more tourists than in the same period of black 2020 (54% more), but also 51 million fewer visitors than before the pandemic ( 64% less), according to the latest official data published by the INE this Tuesday.

The economic recovery is underway, but in the case of the tourism sector -traditional anti-crisis shield of the country- the activity is still in the process of recovering after the debacle. The outright business linked to these foreign travelers is still very far from the pre-COVID levels: the income from tourism of the Spanish economy -what the foreign tourists who come actually spend in the country- in 2021 also remains at the levels of the decade of the nineties.

Until 2019, just before the pandemic, Spain accumulated nine consecutive years of continuous records of the tourism income from the country. In 2019, a historical maximum of 71,202 million euros of tourism income was registered, according to the records of the Bank of Spain. In 2020, with a large part of the year in a tourist hiatus and with restrictions on international travel, these revenues plummeted to only 16,177 million, with a collapse of more than 77% and with the lowest figure for almost three decades (in concrete, since 1993).

Although demand from foreign tourists improved in 2021 with the lifting of restrictions on intra-European travel, it is still not taking off strongly. The result is that Spain will have tourism revenue in 2021 60% below the 2019 record, with just under € 28,500 million, according to estimates managed by Exceltur (a sector lobby that brings together some thirty of the largest companies tourism in the country, such as Meliá, Iberia, NH Hotels, Riu, Amadeus or Renfe).

Its weight in GDP sinks

The debacle of the tourism sector during 2020, with strict confinements and mobility limitations against the pandemic that knocked down the possibility of traveling, caused a real collapse of its economic weight.

According to the latest data from the Tourism Satellite Account, the contribution of tourism to Spanish GDP (measured in terms of final tourism demand) sank to only 5.5% of the total, with just 61,406 million euros, according to the INE. It is a historical collapse. Before the pandemic, the weight of tourism in the national GDP reached 12.4%, and exceeded 154,700 million euros.

The employment of the economic branches characteristic of tourism managed to maintain 2.23 million jobs during 2020 despite the stoppage of activity, which meant the 11.8% of total employment of the economy, nine tenths less than in 2019. Employment endured the rate thanks to the fact that workers affected by the Temporary Employment Regulation File (ERTE) are considered employed, given that there is a guarantee of reincorporation to the job once completed the period of suspension.