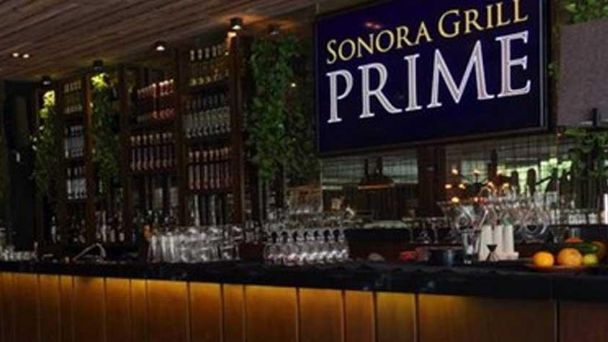 We recently reported the complaint made by the employees of the exclusive restaurant Sonora Grill, where they claimed that their bosses asked them to divide customers by their skin color and physical appearance. However, given the fact,Head of Government Claudia Sheinbaum denounced that the owners and legal representatives of the Sonora Grill Restaurantestablishment that is under investigation for discrimination before the Council to Prevent and Eliminate Discrimination of Mexico City (COPRED) They looked for the head of this organization, Geraldine González, to ask her to fix the political issue.

At a press conference and according to MVS news, The president of the capital described the restaurant’s response to the process carried out by COPRED as serious.

“She requested various interviews with the owners and legal representatives of the Sonora Grill and what she received is that they told her that they wanted to see her, but to settle the political issue, she obviously told them that it had nothing to do with politics, that this was a political issue. related to discrimination in a restaurant. So it seems serious to me, I think it has to be reported, it has nothing to do with politics and the Sonora grill has to respond to the protocol that exists for any of these cases in the case of COPRED”, she explained.

THE IMPORTANCE OF INCLUSION FOR CONSUMERS

Currently, consumers demand from brands that they are more inclusive, that is why a business that assumes inclusion as a policy and value in its approach and values, without a doubt, its brand will obtain greater reach, impact, profitability and will be better. perceived, compared to one that does not.

A survey conducted by the agency of the Havas Group: Havas Worldwide 58 percent of those surveyed affirm that in recent years they have paid attention to the knowledge about the social impact of the products and brands they consume.

In this sense, current clients are no longer satisfied with a superficial treatment of these issues and demand that companies make greater efforts when it comes to representing all sectors of society.

Read:  Google Wifi arrives in Mexico to compete against Izzi, Total Play and Infinitum; this is what it costs

Just remember the case of Soriana. Where, through his account on the social network Twitter, a user identified as @licbonobo shared an image showing that the security of a branch treated customers according to the type of skin color, where if they were brown or dark They will treat you with more vigilance. Before his complaint on the digital platform, the consumer received a response from Soriana’s customer service, who thanked him for his report.

In the case of Sonoran Grill, his name continues to be in the conversation of public opinion, after several restaurant employees anonymously denounced that the owner of the premises asks them to divide their customers according to their physical appearance and skin color.

Though Sonora Group has denied “any racist or discriminatory practice”, the Council to Prevent and Eliminate Discrimination in Mexico City (COPRED) issued a statement stating that it opened a complaint file for racist behavior in the Miguel Hidalgo Mayor’s restaurant.

In addition to the comments made known by employees and former employees, through Terror Restaurants MX, where they talk about bad practices in the union, the TikTok user @sof.otero narrated how to shoot tables in one of the restaurants of the chain.

“ There is racism at Sonora Grill ? Well, as a former employee, I think so, ”she says in a video, “I am talking about my experience, about the indications that a person gave me and about what I experienced in a branch that is not the one being investigated ”.

In this sense, the official Claudia Sheinbaum warned the Sonora Grill restaurant that the arrangements in the dark were over and they will have to comply with this legal and judicial process.

“Let it be very clear this is not a political issue, the agreements in the dark no longer exist in the city government, if they were used to that, then they are finished, the fourth transformation came then. So it is a legal procedure, legal that is perfectly defined and that they have to collaborate and in any case the procedure is going to be followed and they continue to interview not only the owners and those who work there and the diners to be able to know everything that is developed inside this restaurant”, he pointed out.

Although these types of negative acts are not accepted today, it encourages consumers to find new, more empathetic, inclusive and positive alternatives.

Exclusive Interview with Carl Jones: How to Eliminate Racism in Advertising

They exhibit racism in supermarkets in Mexico; “I prefer to go to the local market”