Sonora Grill case inspires freestyler and creates his own rap 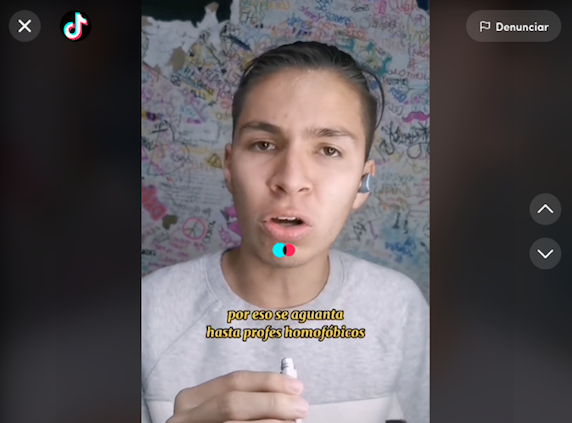 After several days in which Sonora Grill has been a trend on social networks, a young “freestyler” decided to create his own rap and the response of the digital community has not been long in coming.

In the wide range of social networks, there are all kinds of users and creators who, with creativity, seek to conquer the audience, which has given way, for a few years, to the so-called Viral Marketing.

Let’s not forget that these are times of digitization, social networks, content creators, viral videos, influencers and many other topics derived, especially, from the great advance of technology.

Undoubtedly, each of these topics had an important boom during the pandemic where the refuge in social networks and the different digital platforms, both from streaming, eCommerce and so on, it was the great lifesaver for a society -a global society- accustomed to an almost totally different life.

The brands, of course, found an important scenario to develop their marketing strategies, adjusting to what, in the digital section, the audiences dictated. Here it is worth noting a survey carried out by Mediakix, which reveals that almost half of the marketers (48 percent) say the benefit they can get from viral marketing is of great importance.

Secondly, The Influencer Marketing Hub talks precisely about how social networks help brand positioning or content creators, which is why, on the one hand, more and more is being invested in this section and, on the other, the increase in creators has not stopped.

They create rap about the case of Sonora Grill

Thus, in times of social networks, it would seem that any publicity is good, as is the case of Sonora Grill, an establishment that, by placing itself in trends on social networks, has generated all kinds of content, being one of they rap a freestyler.

His name is Magic Classic and has 1.6 million followers and a cumulative 39.5 million likes among all his videosin which he appropriates various cases that reach social networks.

Thus, the notorious case of Sonora Grill came to this content creator who, faithful to his style and the rhythm of rap, gave his opinion about what happened in the establishment that has been singled out for discrimination.

Let us remember that, a few days ago, it was announced a strong complaint by the employees of the exclusive Sonora Grill restaurant who claim that their bosses ask them to divide customers by their skin color and physical appearance.

An important accusation that even reached the Council to Prevent and Eliminate Discrimination of Mexico City (Conapred), an organization that revealed that it will open an investigation to determine if or no acts of racism in said restaurant, located on Masaryk Avenue, in the Polanco neighborhood.

What has not stopped is the digital conversation and, in fact, there are content creators who, joining the trend, have visited some Sonora Grill branches as a result of what was reported days ago.

In short, this is what viral marketing is about, being a strategy used by various brands in order to reach a consumer niche (digital) that is growing day by day.