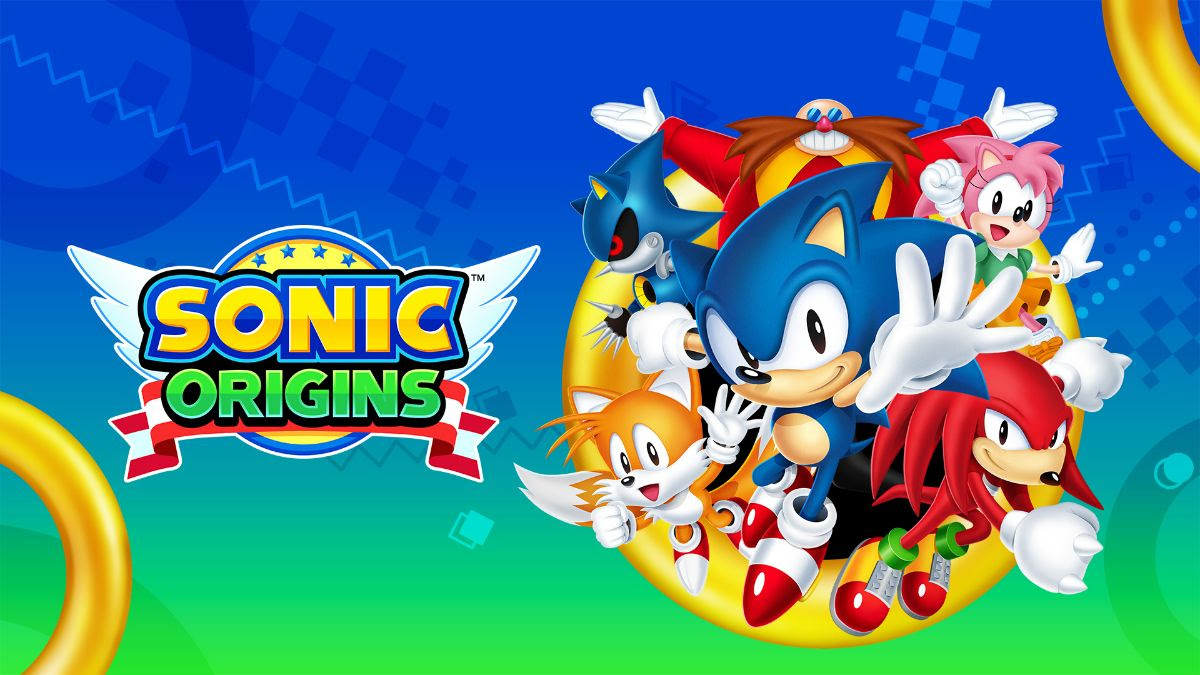 Index hide
1 On the occasion of the thirty years of the series, Sega launches Sonic Origins, a new collection that includes the first four installments of the blue hedgehog, and that promises to be the definitive collection for both fans and new players. Strong words, considering on the one hand the obscene number of times they’ve been reissued over the decades, and on the other Sega’s track record in dealing with the series’ legacy, with Sonic Colors’s controversial remaster of just a few months ago still fresh in our memory.
2 GOTTA GO FAST
2.1 Share it with your friends
2.2 I like this:

On the occasion of the thirty years of the series, Sega launches Sonic Origins, a new collection that includes the first four installments of the blue hedgehog, and that promises to be the definitive collection for both fans and new players. Strong words, considering on the one hand the obscene number of times they’ve been reissued over the decades, and on the other Sega’s track record in dealing with the series’ legacy, with Sonic Colors’s controversial remaster of just a few months ago still fresh in our memory.

Let’s see if this re-release does justice to these games that I love so much. Except sonic cdwhich can go to hell.

sonic origins includes ports of sonic the hedgehog, sonic cd, sonic the hedgehog 2 Y Sonic 3 & Knuckles to the Taxman/Christian Whitehead Retro Engine, as well as several extra modes and a museum full of unlockable material, the kind that companies like to include so much in these compilations.

sonic 1 and 2 they’re pretty much identical to the mobile versions from a few years ago, and are generally considered the definitive versions of these two games, so it’s nice to finally have them available outside of mobile. sonic cd it’s also basically a port of the 2011 edition, with a few minor changes that we’ll get into later.

The great unknown before the release of Origins was Sonic 3. It is one of the worst kept secrets in the history of video games that Michael Jackson collaborated with Sega on some of the soundtrack tracks, which seems to have shrouded the game in a cloud of copyright issues (which Sega has never acknowledged as real). or even commented on it) that made it difficult to reissue it for some time now. Finally, and for the first time since 2002’s Sonic Mega Collection, Sonic 3 & Knuckles It appears in its complete form, with some tracks from the soundtrack replaced by new remixes of the original versions, which were only known from the PC version and from some prototypes before the King of Pop joined the project.

Each game can be played in Anniversary or Classic mode. In Anniversary mode we have infinite lives and we will collect coins, which are used both to retry the special stages if necessary and to unlock extras in the museum. Classic Mode is mostly the original experience with limited lives and continues, and only features some minor gameplay improvements. One minor complaint I have is that at the time of writing this review, this mode can only be played in 4:3 aspect ratio, and the new widescreen mode is limited to Anniversary. I would like to see Sega add the option to play full screen at all times.

Another new addition is Story Mode, basically a marathon of all four games in a row in Anniversary mode, with new cutscenes connecting them together as a single narrative. Other than that it’s a bit shocking to see how Sonic’s sprite changes every few hours, it works surprisingly well.

All of the games have stood the test of time flawlessly and are, in my opinion, just as much fun now as they were when they came out. To all this we add a lot of new extra missions and the Museum full of art, music and animated shorts from the entire series, and the collection comes out with fries.

It would be easy for me at this point to say that Origins It’s an easy recommendation (especially for new players), this comes with a caveat, and that is that the build is full of small changes and glitches that as someone who knows gaming inside out I couldn’t help but notice. Some justified by the circumstances, others simply incomprehensible. In no particular order, a list of tidbits I found throughout my experience:

-The music volume on sonic cd he’s very short and generally feels very subdued compared to the rest of the games, especially noticeable because during cutscenes he returns to his normal level. Some short voice clips from specific moments in the game also seem to have been removed for no reason, such as Amy’s screams when she is kidnapped by Metal Sonic.

-In Sonic 2Tails can respawn off-screen and get stuck, and if so be prepared to hear him try to jump back into the playable area over and over and over for the loooong rest of the level.

-A gilada, and that comes from the cell phone release a few years ago: I would have preferred that Hidden Palace in Sonic 2 will use the unique track from the OST that can be accessed in the sound test instead of recycling the music from the Mystic Cave two-player mode. I know it was originally intended for Hidden Palace, but come on, the other one is there unused.

–Sonic 3 & Knuckles It seems to be particularly bad with collision issues, and many times I’ve been crushed to death simply by running into tight spaces that Sonic shouldn’t have been able to get into in the first place.

-The new music in Sonic 3 is not as good as the original and seems to have been remixed using a different sound palette than the rest of the OST, especially noticeable in the new Super Sonic music.

-In the Blue Spheres levels of Sonic 3 the music does not speed up with the gameplay. Rare.

-Some unlockable tracks in the Museum have the wrong name. Unintelligible really.

And while none of these things are really serious to the point of ruining the experience, it leaves a lot to be desired considering that these four games were reissued thousands of times without these problems and that Origins It promised to be his definitive version. I trust that Sega will be patching the collection to leave it at the level of quality it deserves, but considering the circumstances it should have been impeccable on day 1. But even so, there is much to be done. sonic origins it does well, and in general the current level is acceptable, especially for new players who are not so familiar with the games and therefore are less susceptible to notice these small differences or errors. It’s just that I can’t shake the feeling with a little more love it could have been amazing.