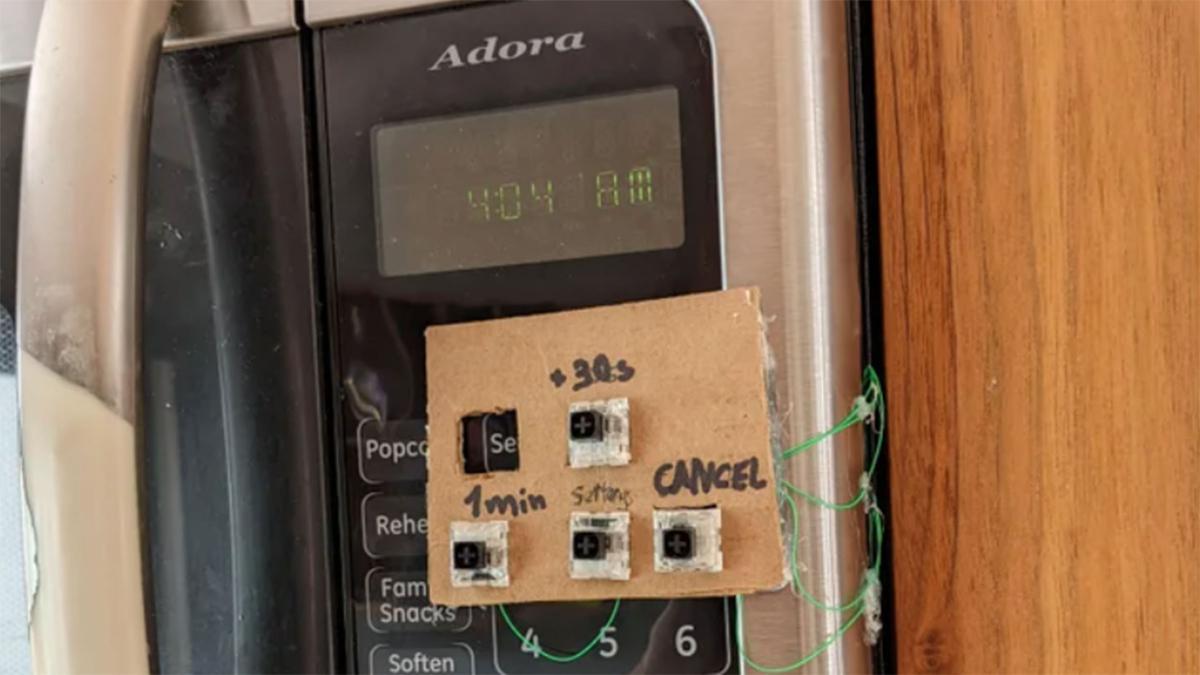 When you can’t fix the touch panel on your microwave, you can opt to include a series of mechanical keys like this user has done.

One of the appliances that we surely have in our kitchen is the pertinent microwave, a device that allows us to reheat food, heat our glass of milk or get us out of some other trouble, but it is likely that over time it will stop to work making that touchpad less precise than before.

And while the most normal thing is to buy a new microwave when the old one starts to fail, because they don’t have a very high price on the market either, there may be other users who prefer to take a technological step back to fix that touch panel that no longer works. responds to include a series of mechanical switches.

And this thread on reddit has become viral, where a user has shown his originality when it comes to fixing a touch panel of his old microwave and replace those touch keys that no longer work with other mechanical ones, of those that are used in keyboards.

So he bought some Kaihua Electronics brand mechanical keyboard switches, and the user showed his new invention on networks, which even has drawn attention of the manufacturer of these switches.

Although the invention is quite ugly when it comes to design, it can get us out of a very particular jam while we wait for the new microwave to be brought to us.

Despite the ingenious invention, the user says that in a few days they will receive the new microwave at home, but that he liked the sensation of being able to press a key to carry out different actions in the microwave so much that he does not rule out including this procedure also in the new one.

Read:  How to remove or unlock the monitor OSD from my PC screen?

Even so, despite the versatility and curiosity of the invention, it is much more advisable to acquire a new microwave to avoid any type of malfunction.