Soccer.- A total of 94 Salvadoran monitors receive the certification of the LaLiga, Values ​​and Opportunity program 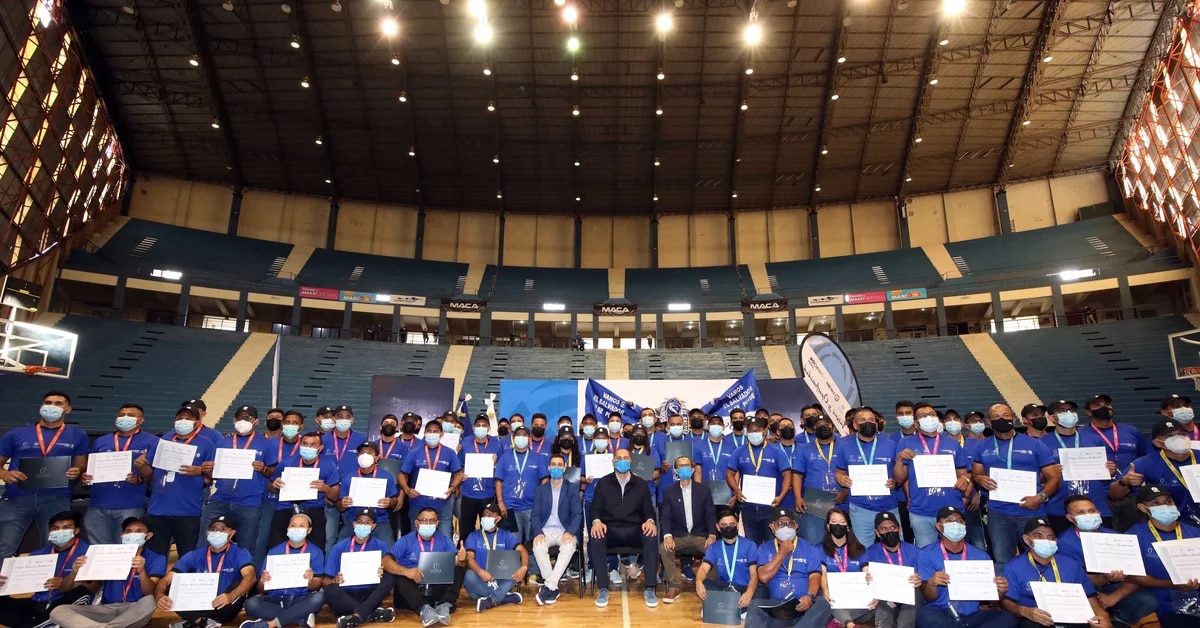 A total of 94 Salvadoran monitors received this Monday the certification of the LaLiga, Values ​​and Opportunity program, after training during the last year to be in charge of imparting their knowledge in the socio-sports schools of this project promoted by the Government of the Republic, to through the National Institute of Sports of El Salvador (INDES), and the LaLiga FOUNDATION.

The José Adolfo Pineda National Gymnasium in San Salvador was the setting chosen to celebrate the award ceremony for the new sports instructors. To receive this accreditation, the participants from the different municipalities approved the courses of Trainer of Trainers, Grassroots Football Monitor, Volunteering, Management of Sports Schools and Scouting, which INDES has developed thanks to the agreement that the Government of El Salvador signed with the LaLiga FOUNDATION, in October 2019.

Thus, from INDES they insisted that monitors are “a fundamental part of this program.” “They are the basis for transmitting values ​​and teachings in the 262 municipalities of El Salvador. I am confident in the role that each one of you represents and in the work that you will carry out on the ground,” assured the honorary president of INDES, Yamil Bukele. , who was in charge of delivering the certificates.

For her part, the director of the LaLiga FOUNDATION, Olga de la Fuente, highlighted the great involvement of the future managers of the socio-sports schools of the program. “It is appreciated the effort made by all the monitors, who despite the difficulties they have experienced due to the pandemic, have not ceased in their efforts to continue learning and training, until completing each and every one of the courses. Congratulations for your achievement, “he said.

These courses have been coordinated by Pablo Malavé, trainer of the LaLiga FOUNDATION, who finished teaching them virtually, as a result of the situation caused by COVID-19. “This is a very important project for the country, it is a responsibility and entails a tremendous illusion, and I believe that between both institutions we are going to implement a very positive project for the growth of the country. We hope that the impact will be a reference at the international level and we can be very proud of what we are going to develop here, “said Malavé.

This project aims to promote initiatives aimed at inclusion, job placement, education in values, prevention of violence and entrepreneurship, using sport, especially soccer, a tool for development not only socio-economic but also educational , which will produce a great social benefit in El Salvador and its population.

The LaLiga, Valores y Oportunidad soccer program will benefit 6,200 children, aged between 9 and 16, who will be trained in the socio-sports Initiation schools that will be created in the 262 municipalities of the country, with almost 300,000 impacts on the beneficiaries.