So he spent years falsely accusing customers of stealing cars. 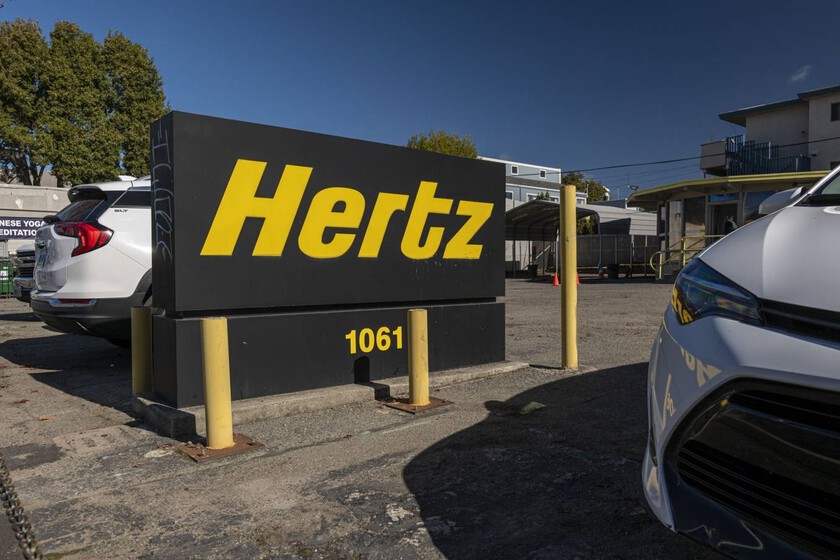 The story of Hertz and how she’s been caught up in a spiral of lawsuits and lawsuits recently is so fast-paced it could be the script for a crime movie. One in which Hertz, the car rental company, falsely accused more than 360 people of stealing rental cars, making these customers were arrested and imprisoned for months even though they were innocent. It’s not fiction, it’s real. And for this reason, the company will now have to pay 168 million euros to those clients.

For several years, what this company, which filed for bankruptcy in 2020, did was register certain vehicles as stolen, even after customers had extended and paid their rental periods. This, not surprisingly, led to disputes between the authorities and the customers, who found themselves in an overnight nightmare for something they hadn’t done. And of course, a mountain of demands against Hertz quickly began to see the light.

Although the car company initially contested these claims and complaints, it eventually came to acknowledge some of these wrongdoing. This happened in parallel when in February of this year a new executive director took office. In a recent statement, Hertz explains that the payment of 168 million would settle all 364 claims related to vehicle theft, ending the vast majority of lawsuits.

In fact, the vast majority of the whole plot was exposed last year by CBS News, who reported allegations and collected documents indicating how many customers were arrested at gunpoint, put in jail or prosecuted after the company falsely reported that their vehicles had been stolen. And the victims are not few. In one of the trials, Hertz revealed that he had been filing thousands of police reports each year.

False theft reports typically occurred in one of two ways: those in which Hertz reported a significant delay in returning a car, and others in which the company purposely lost a carsomething that happened when the company sometimes classified cars rented by customers as stolen.

The company defends that of the 25 million rental transactions of the company, only 0.014% were reported as stolen each year (about 3,500). But some of those reports have been shown to be false and its theft policies have been proven over different time frames to lead to criminal and administrative errors against clients.

A nightmare for customers

Many of the cases involved customers who actually did call to extend their rental agreement, but those extensions were then not reflected on Hertz’s computer systems and servers. In other cases, the company rented cars to customers that had previously been reported stolen without rescinding police reports, resulting in police detaining unsuspecting customers. And on many other occasions, robberies that were real were associated with the wrong customers, leading to wrong arrests.

According to a lawsuit filed in 2020, a Florida customer extended her Hertz rental four times, but the car was reported stolen before the end of the extension period despite text message communications with a Hertz employee who confirmed his plans to return it, court records show. She was jailed for 37 days, separated from her two children and without graduating nursing school, according to the lawsuit.

In another case, a man who paid for and returned the vehicle on time had to turn himself in to authorities in Gwinnett County, Georgia, in 2018, after learning there was a warrant out for his arrest on Hertz car theft charges. . After missing a court date, he was arrested again and imprisoned for six and a half monthsaccording to court documents.

Another customer was driving her rental car in Chicago when she had a flat tire and called Hertz to have her car towed, according to court records. Months later, she was pulled over for improperly wearing her seatbelt when police informed her that she had a warrant for her arrest. She was jailed for more than 30 days, according to her lawsuit.

“In all cases, Hertz’s goal was to protect its profits and reduce its costs, even knowing that its own customers would lose their freedom as a result,” read one of the lawsuits, which literally recounts how many unsuspecting customers they were “processed like it was the GTA video game”.

Despite the company coming out of bankruptcy last year, all the cases of false accusations are still far from being resolved. In April, shortly after taking over as CEO, Stephen Scherr explained that “rectifying this situation” is a priority: “I’m pretty sure we’ll come to an agreement to do right by those who were hurt and put that behind us.” .