So are the tests of the prototypes of future Renault models 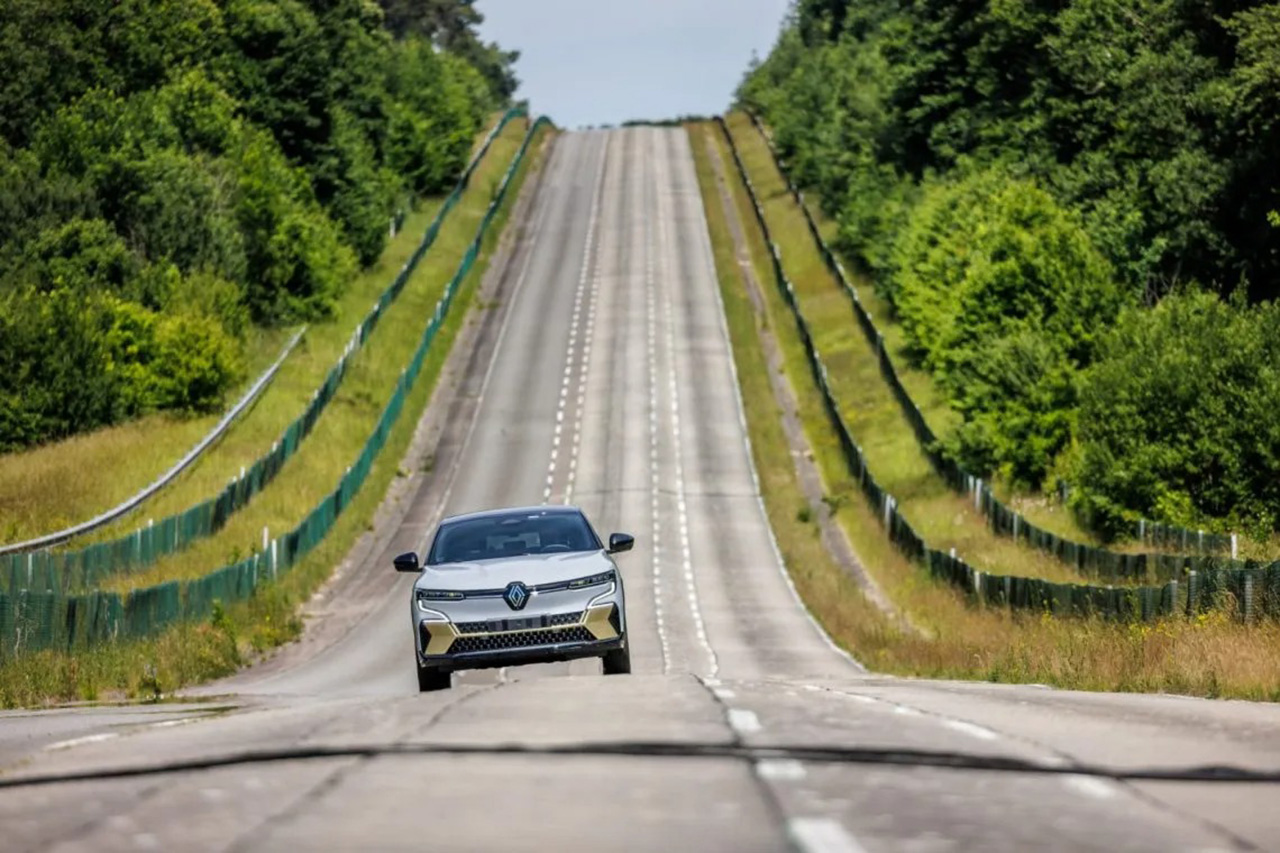 The farther the better. The brands look for truly unique locations in inhospitable and difficult to access places to build authentic bunkers where they can carry out the secret tests of their future models. Those of Renault have shown one of those test centers that they have in France, with characteristics that you cannot even imagine.

Renault is celebrating a very special anniversary, the 40 years since it opened one of its most advanced testing centers, a place where only a few can access and with all the security measures you can imagine and more. Because the confidentiality agreement is not enough, it is necessary to take additional measures and they are even permanently monitored, day and night. Everything to be very far from the feared spy photosand much more in an area that is considered inviolable.

Those of the Rombo have decided to reveal some of the characteristics of their «CTA», one of the flagship facilities, the Aubevoye Technical Center, located between thick and leafy forests, which are accessed along a road. To give you an idea, the more than 613 hectares it occupies is in a restricted flight area, so air routes are diverted in this area. The complex has 60 kilometers distributed on 35 different roads, in which the design of roads from around the world has been reproduced for Renault, Dacia and Alpine tests.

Index hide
1 Renault models go through these facilities before production
1.1 Porsche Cayenne Cabrio, the story of the convertible SUV that never saw the light

Renault models go through these facilities before production

They are no longer just tracks with a special rolling surface, where the resistance of materials or suspension, steering and brakes are tested, but the French have a dry track of almost 4 kilometers in which tests are carried out related to the chassis, the two suspensions and the grip of the tires in the dry, with curves in which the pilots can reach a cornering speed of up to 200 km/h.

Read:  BMW 8 Series 2022, all prices of the renewed sports car with an ECO label

And just like this one, they have another one that is the opposite point, completely wet thanks to a series of sprinklers that, in a matter of seconds, turn the asphalt into a slippery track, testing the different control systems and the grip in wet The complete can also be used on urban circuits, with everything you need to carry out your tests, with pedestrian crossings, speed bumps, crossroads, parking lots, traffic lights and all kinds of road signs and traffic.

Porsche Cayenne Cabrio, the story of the convertible SUV that never saw the light

The Gauls have everything they need to not leave this complex, with a speed ring where they can reach up to 250 km/h, as well as two wind tunnels equipped with up to 16 large fans that can offer monsoon winds, with gusts of up to 72 km/h to study stability and trajectory deviations. Added to this is a special circuit for SUVs with a drop of up to 40 meters and even a tunnel where clouds of dust are created, the most brutal rains that have to overcome with 240 millimeters of depth.

Even rolling through holes 60 millimeters deep and the litmus test: wading through the onslaught of water 300 millimeters deep. The French firm is constantly updating these complexes, adding new, more demanding tests. The last one is another trial by fire, of going through a 3 x 3 meter pool to study if the prototypes suffer damage at a speed of 80 km/h. This is new, but if the previous one does not exceed it and as much as the previous ones do, will not be given the green light for production, but will have to be reviewed, redesigned and back to the starting box of the tests.