so are the new cybercrimes

By JeremiahDecember 14, 2021No Comments5 Mins Read 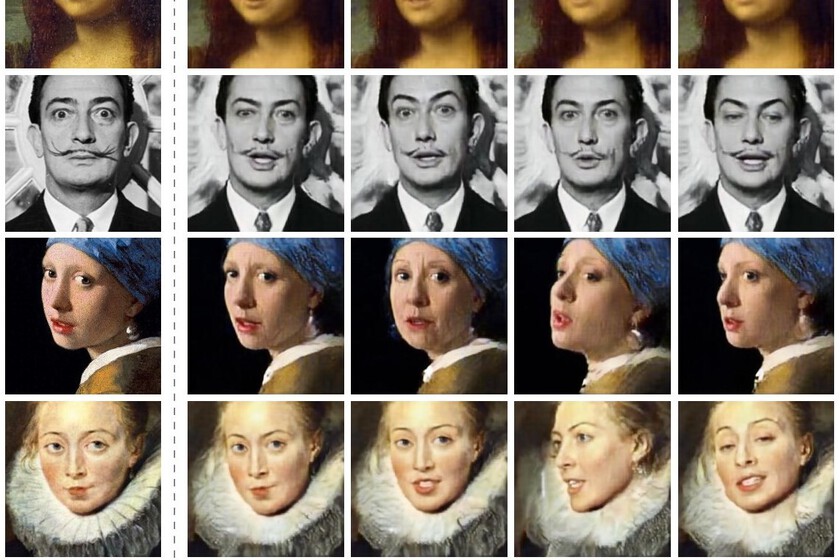 The deepfakes have given us throughout this year 2021 unforgettable and very surprising moments. We have seen the great Lola Flores, who died in 1995, advertising a beer from southern Spain in a current commercial.

We have also seen a virtual simulation from the CEO of Nvidia introducing the company’s omniverse concept and we didn’t even realize it wasn’t the real thing; and we have been able to bring people to life in old photos (a trend that flooded social networks).

And we have also seen how a deepfake managed to damage the reputation of a soft drink company in Spain. The company didn’t realize it until the chief marketing officer He accessed Twitter and saw that there were many mentions of the brand.

Those mentions were very negative and made reference to a video. That video was, nothing more and nothing less than Fernando, the CEO of the company itself, badmouthing the product you sell and criticizing customers who consume it.

ZAO, the Chinese MOBILE APP that through DEEPFAKE turns you into DICAPRIO in SECONDS

The marketing director of the firm has confirmed to INCIBE (the National Cybersecurity Institute) that the person who appeared in the video He had the face, the voice and even the gestures of the CEO of the company.

They didn’t find an answer at first, until they found it from cybersecurity experts: a cybercriminal had elaborated a deepfake of Fernando using his face and voice to damage her reputation. “Deepfake is a technique that allows one person’s face to be superimposed on another’s face in a video, adding their voice and gestures to make them look like those of the impersonated person,” they recall from INCIBE.

Deep in the acronym deepfake comes from Deep Learning, that is, deep learning, which is a field of artificial intelligence. There are two types of deepfakes that use deep learning algorithms. On the one hand, the deepvoice that can join fragments of the victim’s voice so that he is giving another message by joining words as the creator of the deepfake decides.

On the other hand, there is the deepface that unites multimedia content in which the victim appears and it is possible to impersonate the victim’s face and their gestures. Together with the above, cybercriminals can impersonate a person in video calls or videos in general, as explained to us from the INCIBE.

Read:  If you buy this piece of gaming monitor, you get an SSD at half price

The campaign of discredit that Fernando’s company suffered implies that his business is seriously affected by losing customers. Even if it is remedied, getting to delete the video or publishing the situation, many people have already seen that video and they are left with what they have seen: the CEO of a brand making fun of their customers for buying their products, in this case. And repairing something like that will not be easy.

How to try to prevent this from happening

This represents a great risk for companies, since by modifying only the voice, a cybercriminal could make calls on behalf of a company’s management, even internally, authorizing transfers, for example. From the INCIBE they remember that preventing us from being impersonated with a deepfake is not within the reach of the person or the company, even more so in these times when we use our image and our voice for all kinds of commercial actions.

But there are certain tips such as the need for us to monitor social networks. “It is very important to keep track, not only of the mentions to the company’s account, but also of the hashtags or locations of the company.” Too it is recommended to train and educate staff to detect impersonations: especially to those people who work in positions related to payments or who manage key services for the company.

And keep in mind that this is presented as a cybercrime that aims to gain traction in the future, so you can establish a crisis plan: in case this happens, it is advisable to have a plan prepared to face it, stop it and react in time and with force.

There are tools that can help too. Like ‘About Face’ by Adobe, a tool capable of distinguishing through machine learning techniques between faces as they are and modified versions. According to Adobe, to identify these manipulations, the tool analyzes the photographs, and after that it is able to show the modified parts with a heat map.

This is not a joke and authorities advise that “negative or false comments about an organization can have legal consequences. Spanish law contemplates both civil and criminal actions aimed at protecting the honor and reputation of the company “.

From Genbeta we have contacted INCIBE to find out if we can find out the identity of this Spanish soft drink company in order to learn more about this cybercrime, and we will update the information if we get a response.