Smart Lock, the intelligent unlocking of Android, renews its interface for the first time since 2015 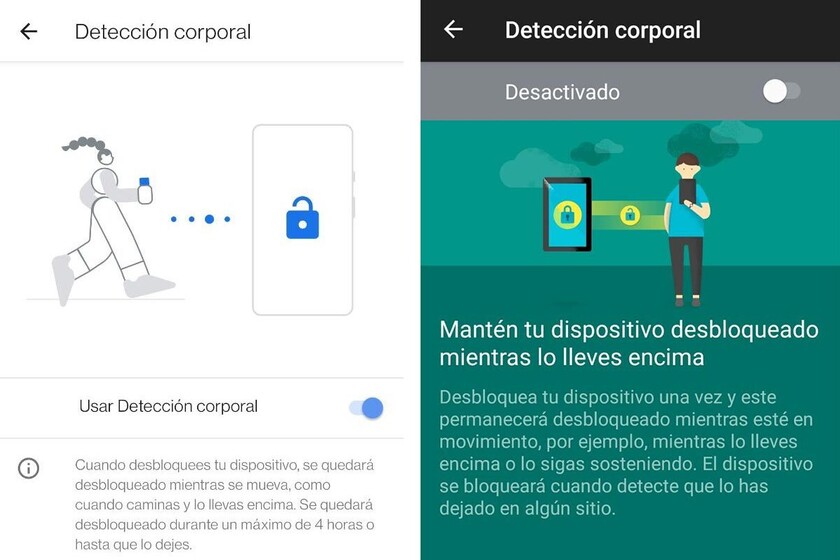 Smart Lock is a configuration that allows you to set exceptions for mobile blocking if certain conditions are met. He’s with us from Lollipop, as well as sharing a name with Google’s password manager, which came later. Since its launch, it had never changed. It does now.

Google is finally applying a new coat of paint to Smart Lock, whose interface was still anchored in the Lollipop era, with a Material Design in diapers. The functionality remains the same, but with a design more suitable for the times, in preparation for Android 12.

Smart Lock is part of Google Play Services, so it is available on the vast majority of Android mobiles, although its position in the mobile settings can vary greatly from one brand to another. It is a form of prevent the mobile from locking in certain cases which was released with Android Lollipop, in 2015.

Since 2015, the Smart Lock hadn’t changed at all and there were even rumors a few years ago that some of its functions might be numbered. In the end it was not like that, and Smart Lock looked the same today as it did six years ago. This has finally changed, now that Google has completely revamped its interface, better adapting it to current design trends.

The new design (top) and the old one (bottom)

Thus disappear colored backgrounds, graphics are simplified and they have also changed some texts to be more precise. For example, it is now specified that the unlock lasts a maximum of 4 hours, something that was not included in the previous descriptions.

Read:  The iPhone 13 will be even thinner thanks to a new type of OLED screen

The functionality is for its part exactly the same, with three types of unlocking: when you carry it with body detection, in the places marked as trusted sites and while the mobile is connected to a trusted Bluetooth device. In all cases, for a maximum of 4 hours. This redesign is coming with the latest version of Google Play Services.

this we know about the next Coca-Cola smartphone

Android 14 would come with significant limitations to ‘sideloading’