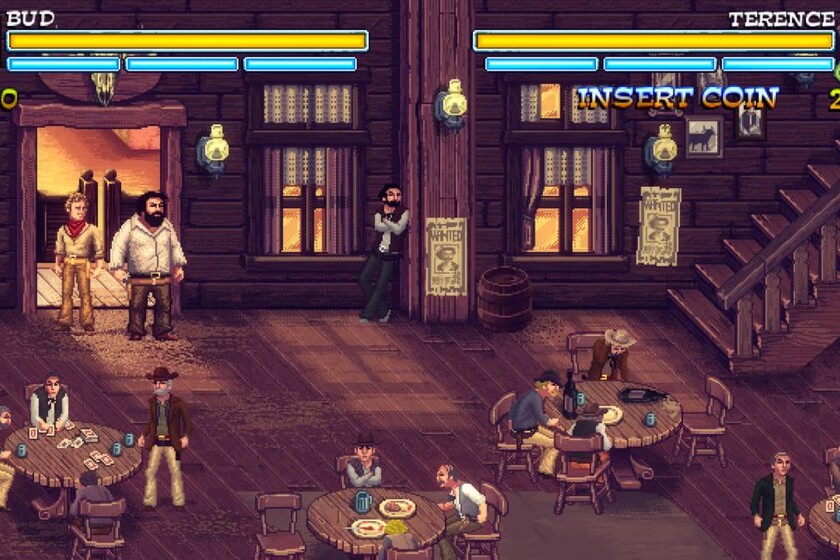 If there is a legendary duo in the history of cinema, that is the one made up of Bud Spencer and Terence Hill. The inseparable couple delighted us for years with films of all kinds in the 70s and 80s and their leap into the world of video games was fabulous.

Slaps and Beans immediately became a very vindicable beat’em up, full of humor and toñas. Now, Trinity Team and Buddy Productions want to repeat the success with the sequel Slaps and Beans 2, which will launch its Kickstarter campaign soon.

The objective to be achieved will be 220,000 euros and it will include the soundtracks of the films, as well as translation into 12 languages, including Spanish. The cooperative mode will be present, this time for up to four players, as well as a multitude of minigames that we can try during the story mode.

So good was the reception of these minigames in the previous title that now it will have its own section in the main menu once we unlock them. The Stage objects will also be at our disposal, being able to mercilessly hit enemies with almost anything.

Power-ups will also be the order of the day, granting each character unique powers. The idea is launch Slaps and Beans 2 on Steam And if certain goals are reached during the fundraiser, it will reach PS5, Xbox Series X and Nintendo Switch. Android and iOS will also see the couple arrive if the goals are met. Now we just have to wait until we see if this sequel is a reality.

READ:  Leaked a list with more than 15 free DLC coming to Cyberpunk 2077 and various expansions

Halo Infinite would have a battle royale, reveals streamer

Start the Featured promotion in the eShop. Here are the best sales and offers on Nintendo Switch games

DETECT IT! Signs that you need to take care of your mental health