Skelly: Home Depot’s Halloween giant skeleton and its influence on other retailers 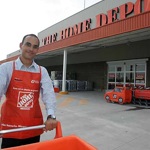 Skelly has sold out in the last two years, and this year will likely turn out the same way. Although the retailer claims to have increased manufacturing this year, it is still anticipated that it will run out of the item by Halloween.

This year, however, Skelly brought some Halloween friends:

Skelly brought along a few lesser skeletons, including three different 5-foot versions, in addition to his larger-than-life friends.

Index hide
1 Why do many people identify with Skelly?
2 Other retailers now have their own Halloween monsters
3 The inspiration behind Skelly

Why do many people identify with Skelly?

The question of why so many people identify with this monster enough to quickly purchase entire stockpiles and create a skeletal black market in the process is better left to a higher authority. However, Skelly could be a good representation of the extremities of human nature. It’s made of high-density polyethylene.

Or perhaps the idea of ​​large skeletons is just amusing.

Jenni Tabler, a sociology professor at the University of Wyoming, says, “I mean, it’s the moment.” in to now-viral tweet, she summarized the tradition saying, “Happy enormous skeleton season to all who celebrate.” Even though Tabler does not have a skelly of her own, she understands the buzz.

Other retailers now have their own Halloween monsters

The Skelly craze started in the Home Depot offices in 2020. Now Costco and Lowe’s have started selling their own Halloween behemoths.

Lowes unveiled a 12-foot-tall mummy to compete with the widely shared 12-foot-tall skeleton. The fact that the mummy moves further increases the spookiness! It also makes an unsettling sound while swaying back and forth and lighting up.

Read:  Turbo Golf Racing announced, or what Rocket League would be like with giant golf balls

The inspiration behind Skelly

“It was a labor of love, to bring Skelly to life.” said Lance Allen, senior merchant of seasonal décor at Home Depot,

He said his team’s approach to holiday décor is to get out into the market, gather inspiration, and see what they can do differently. For example, they visited haunted houses and saw all the classic scary movies.

The team’s wheels finally started moving when they saw a huge torso at a trade exhibition.

Allen said, “We actually got the product to market at the right time. Everyone simply needed to smile during the first year of the pandemic, and that’s when it happened.”

Although the skeleton’s name isn’t listed on the box, Allen claims that the office started referring to him as Skelly because it fit.