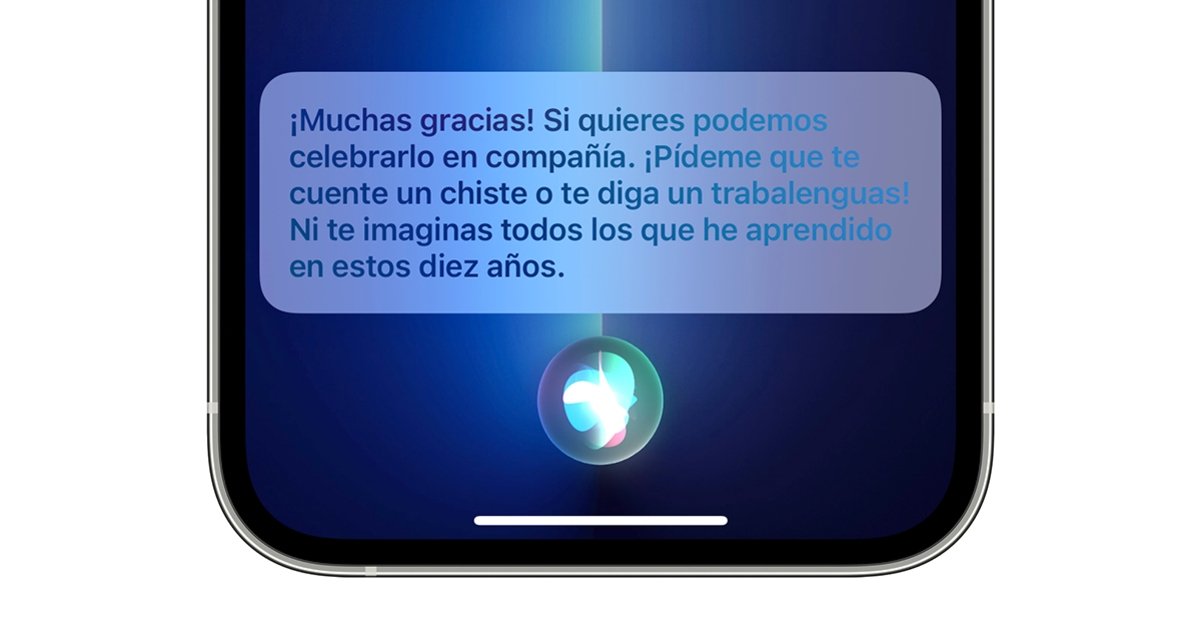 Index hide
1 Today is Siri’s 10th anniversary, and it’s going to respond to you in a special way.
2 “Hey Siri, happy birthday

Today is Siri’s 10th anniversary, and it’s going to respond to you in a special way.

Today is the 10th anniversary of the launch of Siri and Apple wanted to celebrate it in style with a series of witty phrases and completely new jokes. Siri debuted alongside the iPhone 4s in 2011, and it just turned 10 years old.. At that time Siri could do very little, show the time, add appointments to the calendar or set timers.

In iOS 15 Siri has introduced many interesting novelties, and now for the 10th anniversary Apple has introduced a series of novelties in the form of phrases, jokes and jokes.

These are some of the phrases that Siri will respond to when you congratulate her on her birthday:

Thank you! If you want we can celebrate it in company. Ask me to tell you a joke or tell you a tongue twister! “You can’t imagine all the things I’ve learned in these ten years.

Also, if you ask him to tell you a joke or recite a tongue twister, you will see a wide range of phrases that are released just today for the tenth anniversary of Apple’s assistant.

Thank you! Today I am 10 years old and it is a very special day for me.

10 years ago Siri was a real revolution, an innovation like very few had seen before in the world of smartphones and virtual assistants. Perhaps it has been a revolution that has not gone as far as many expected, but that has brought us other important assistants such as Alexa or Google Assistant.

Read:  The infallible trick to separate the white from the yolk, without loading the egg | Life

Apple has tried to keep the user privacy, and perhaps that has inevitably delayed the evolution of Siri. However, with each update of iOS, the assistant is more capable and intelligent.